Fun and festivities in Philippines - celebrations, festivals and cultural events 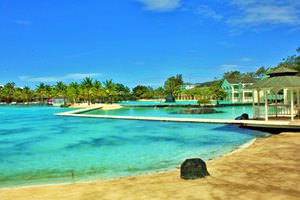 Holidays which are usual for the whole world, and local holidays, which are unknown in Europe, are celebrated in the Philippines. This is due to the amazing fusion of Eastern and Western cultures, the mixing of Spanish traditions and the traditions of various Asian peoples. Filipinos love to have fun. Therefore, various festivals are held here all year round.
What you need to know about Philippines prior to visit - advices
1. You should get travel insurance for the entire duration of your trip to the Philippines. You can do this through any travel agency or insurance …
Read further
New Year is celebrated on January 1 in the Philippine Islands as well as around the world. The holiday is celebrated on a grand scale. Thousands of fireworks are launched into the sky to scare away evil spirits. Doors of houses are left open, inviting good luck. Rooms are traditionally decorated for the holiday. But the Christmas trees are artificial here. New Year is celebrated in polka-dot clothing to attract prosperity. The Ati-Atihan Festival begins on the second Sunday of January in Kalibo on the island of Panay. Concerts and processions in national clothes to national music are held all week. The origin of the festival is connected with the history of the arrival of settlers from the island of Kalimantan. This happened in the XIII century. Black Nazarene Day is held in Manila on January 9. The statue of the suffering Christ, which usually kept in the Church of John the Baptist, is carried through the streets of the city. The procession symbolizes the path of Jesus to Calvary. The Sinulog Festival in honor of the Santo Niño (Child Jesus) begins in Cebu on January 20. It lasts for nine days and is accompanied by colorful parades. Chinese New Year is also celebrated in January.
The Panagbenga Festival in Baguio begins in February. It is dedicated to rebuilding the city after a terrible earthquake. Panagbenga translates as "flowering". Streets and houses are decorated with flowers. Numerous processions, contests, and competitions are held during the festival. The Bamboo Organ Festival takes place in Las Pinas at the same time of year. People Power Revolution (EDSA) is celebrated on February 25. Philippine dictator Ferdinand Marcos was deposed in 1986. This is an official day off. Copyright www.orangesmile.com
What to see and what to visit in Philippines with children
The Philippines is a real tropical paradise and an opportunity to please your child with the sun and sea during the cold winter months. The period …
Read further
Easter and Holy Week are celebrated in the Philippine Islands in March-April. Religious processions are accompanied by self-flagellation with bamboo sticks, designed to reproduce the torments of Christ. This is officially forbidden. But penitents also allow their hands to be pierced with nails. The Moriones Festival takes place on Marinduque in the Holy Week. The events of Holy Week are reproduced during its celebration. The inhabitants dress up as Roman soldiers and Pharisees. 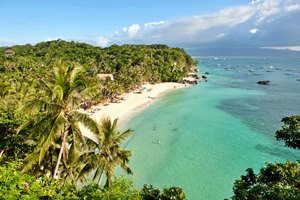 The Day of Courage in memory of the Bataan Death March is celebrated on April 9. Major General Edward king of the United States capitulated on this day in 1942. 78,000 soldiers of his army surrendered to the Japanese. Prisoners overcame the 97 km. They suffered from wounds, exhaustion, and dehydration. Several thousand people died. The Aliwan Festival is held in April. This is a kind of "parade of local festivals". It is held in Manila.
Shopping in Philippines - best shopping places, what to buy?
Many products from China and Taiwan are sold in the Philippines. Prices are very low here. So it's better to take a bigger suitcase with you. Many …
Read further
Labor Day is celebrated on the Islands on May 1. The Festival Brides takes place in Manila on May 12. It is dedicated to Saint Roch. Unmarried girls who want to get married take part in the procession. Flores de Mayo-Santacruzan (Flowers of May) is held in different regions of the country during the month of May. This is a festival in honor of the Mother of God. The Santacruzan ritual is performed on the last day of the month. It is dedicated to the finding of the cross by Elena, the mother of Constantine. Saint Isidore is honored in Quezon on May 15. Houses and streets are decorated with various agricultural products. The Mango Festival takes place in the province of Zambales in May-June. It is dedicated to harvesting this wonderful fruit. Independence Day is celebrated on a large scale across the country on June 12. This landmark event occurred in 1898. Filipinos enthusiastically douse themselves with water in Cavite during the third week of June. This is how they honor Saint John the Baptist. 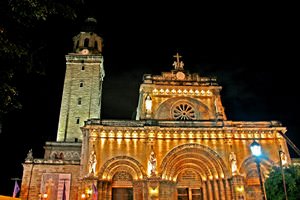 A holiday in honor of the Spanish battles with Muslims in the south of the country is held in Dapitan, Zamboanga del Norte on July 24. The memory of Ninoy Aquino who was a significant political figure in the Philippines is honored in the country on August 12. The third week of August in Kadayawan, Davao, is marked by the Harvest Festival. National Heroes' Day is celebrated on the last Monday of August. This is a public holiday that marks the beginning of the Revolution. Filipinos have fun at an unusual festival of Smiling Masks (Masquerade) in Bacolod in October. This is a carnival with songs and dances.
For active traveler - national parks, landscapes and nature of Philippines
More than 7,000 Philippine Islands are located in the tropical marine climate zone. Summer, characterized by heat and dry weather lasts from January …
Read further
Filipinos commemorate their deceased loved ones and friends on All Saints' Day on November 1. They clean cemeteries and participate in festive processions, dressed in a certain way. Filipinos pray for dead children on this day. Filipinos celebrate All Souls Day on November 2. They pray for deceased adults on this day. Andres Bonifacio, one of the leaders of the Philippine Revolution, is commemorated on November 30. Christmas is celebrated on December 25. Jose Rizal died on December 30, 1896. He was an educator, scholar, and poet. His memory is honored on this day. Eid al Fitr is a holiday the date of which depends on the Muslim lunar calendar. It marks the end of the month of Ramadan.

This article about national fests and celebrations of Philippines is protected by the copyright law. You can re-use the content, but only under the condition of placement of an active link to www.orangesmile.com.
Philippines guide chapters 1 2 3 4 5 6 7 8 9 10 11

Attractions and entertainment in top cities of Philippines

Manila
Eager clubbers can not leave out of sight the In the Mood entertaining center. The establishment holds scale dance sessions, parties and presentations 6 days per week. The club is known far beyond the boundaries of the resort. The Infinity club will treat its residents not only with interesting and engaging entertaining program but with plenty of dishes and specialities as well. Its territory features excellent bar. Among other night entertaining establishments the Verve Room is worth noticing. … Read more

Map of fun in Philippines