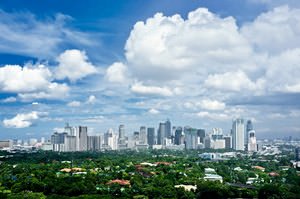 1. You should get travel insurance for the entire duration of your trip to the Philippines. You can do this through any travel agency or insurance company. The cost of insurance is usually low.
2. The state is located in a seismic zone. Earthquakes, volcanic eruptions, typhoons (on average about 20 per year) and storms often occur here. It is better to travel during the dry season (January to June) to minimize the risk of weather disasters.
3. It is better to avoid visiting some places in the Philippines. These are Central and Western Mindanao, Zamboanga, the Sulu Archipelago, southern Cebu province, Cotabato province, and Lanao. Various types of armed conflicts between the military/police and terrorists or insurgents often occur here. Terrorist attacks are also possible.
For active traveler - national parks, landscapes and nature of Philippines
More than 7,000 Philippine Islands are located in the tropical marine climate zone. Summer, characterized by heat and dry weather lasts from January …
Read further
4. It is not recommended to drink raw tap water to avoid poisoning and other problems with the gastrointestinal tract. You also should not brush your teeth with it. Be sure to wash fruits and vegetables. You should definitely boil the milk. Meat and fish are subject to mandatory heat treatment.
5. The urban transport system is developed satisfactorily in the Philippines. There are buses, jeepneys (minibusses), and trains here. It is more convenient and cheaper to use cycle rickshaws and motorcycles with strollers for short-distance trips. Manila airport consists of several terminals. There is no transport link between them. Therefore, you will have to get to another terminal by taxi or jeepney. There are always traffic congestions around the airport. Metro is the most convenient and reliable mode of transport in Manila.
6. You should not be on the streets of big cities after dark. Cases of robbery have become more frequent here. Theft is especially common in cities. Kidnappings of foreigners happen. You are definitely not allowed to gamble or participate in drug deals in any way. You should be careful with jewelry. It is better to leave expensive things and valuables at home. Credit card fraud is very common here. It is better to pay in cash in small shops and restaurants. You should pay by card only in large shopping centers. It is better not to leave valuables in hotel rooms. Put them in the safe. If there is no safe in the room, it must be at the reception.
7. It is recommended to get vaccinated against hepatitis A and B and malaria before traveling or to take preventive measures with you. Sometimes outbreaks of dangerous diseases occur in the Philippines. For example, measles outbreaks occur. It is recommended to take a repellent with you. Insect bites can be very dangerous, up to the onset of Dengue fever. Copyright www.orangesmile.com
8. You should bring a windbreaker if you plan to visit or live near the rice terraces. It might be cool out there. You can also get Japanese encephalitis near terraces.
9. Filipinos are religious people. They are reverent about temples and Holy places. You should not run, shout, and make noise in such places. You also should not appear in overly revealing outfits there.
10. Toilets are called comfort rooms in the Philippines. Accordingly, they can be designated as "CR". There are many toilets everywhere. They are often paid. You can also enter toilets in hotels, bars, and shops. Toilet paper may not be inside. You can find it somewhere outside the booth.
11. Smoking in public places is almost universally prohibited. Compliance with this rule is strictly monitored. Smoking on the beach can result in a large fine. A three-time violation entails a restriction of freedom for a period of three days. There is no ban on drinking alcohol in the Philippines. But locals may look at you with disapproval if you drink alcohol in a public place.
National traditions and mentality of people in Philippines
The culture, customs, and traditions of the Philippines have been influenced by the peoples living here throughout the country's history. Aeta is the …
Read further
12. The locals hate the screaming. You’d better try to control yourself. They are very polite, friendly, and smiling. They expect the same from tourists. It is highly undesirable to photograph local people without permission. You shouldn't hug and kiss in public.
13. Power sockets are specific in the country, as in the United States. They are designed for plugs with two flat contacts or with two flat contacts and a ground connection. You should take an adapter with you.
14. It is customary to leave tips in the service sector, catering establishments, and taxis. Some restaurants include the tip amount in the bill. Otherwise, it is customary to tip 5-10 % of the amount indicated in the receipt. It will be enough to leave a tip of $1-2 at the taxi and Spa.
15. You may bargain for a long time in small stores and markets. However, you should not do this in large shopping centers.
16. English is the main language of communication. The local currency is the Philippine peso. You can exchange money in an exchange office or in a Bank. However, you should definitely not do it on the street. Fraud cases are very common.

This collection of travel tips for Philippines is protected by the copyright law. You can re-use the content, but only under the condition of placement of an active link to www.orangesmile.com.
Philippines guide chapters 1 2 3 4 5 6 7 8 9 10 11

Colorful and unique places in Philippines 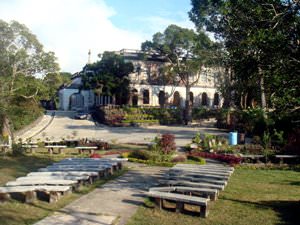 The abandoned Diplomat Hotel has to be mentioned among the unique attractions of the Philippine Islands. Locals don’t dare to approach to this building even in the daytime. This amazing facility was built on top of Dominican Hill in Baguio in 1911 and housed the seminary. During the World War II it came to desolation, and then was used as a shelter by Japanese deserters. During the war, dozens of bombs fell there and a great number of people were killed in its walls.

In 1973, the government decided to restore the building and founded a hotel there. Diplomat Hotels Company took control over the destroyed building. From the first days, its staff and guests were bothered with unexplained phenomena: horrible screams and moving objects, loud sounds of banging doors and explosions. Manager … Read all
All unique sightseeing Philippines

Advices for popular cities of Philippines

Manila
1. Raining season in Manila is considered to be from June till October. During the season travelers are advised to be backed up with umbrellas as it may start raining out of a sudden. The rains cover mountain areas more frequently. 2. Setting of on holiday to Manila one should definitely get all the necessary sun protecting means including creams and sprays. Even if the open air leisure is not a major part of a vacation plan still these means will be of great use. Those looking to visiting … Read more