National traditions of Philippines. Habits, mentality and the way of living 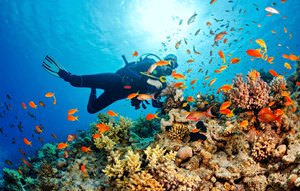 The culture, customs, and traditions of the Philippines have been influenced by the peoples living here throughout the country's history. Aeta is the indigenous population of the Islands. This is a group of Australoid tribes. The Chinese began arriving on the Islands beginning in the VIII century. The Arabs landed here in the XIV century. The Spaniards arrived in the Philippines in the XVI. The country got its name from the name of the King of Spain Philip II. Many cities, regions, and streets have Spanish names. Many localities were built according to the Spanish architectural tradition. Indigenous peoples (Visayas, Tagalogs, Cebuano, Ilocano, Binisaya, and Hiligaynon) represent the majority of the population. Many of the people have Spanish first and last names. This is historically due to the order of the Governor-General, designed to spread Spanish culture, customs, and surnames among the locals. English and Pilipino (Filipino) are the official languages despite the significant Spanish influence. The Pilipino is based on local languages. The Tagalog language has had the greatest influence on it. In addition, there are more than 80 local dialects.
National cuisine of Philippines - specialties, recipes and restaurants
The uniqueness and exoticism of the cuisine of the Philippines is due to the mix of cultures of the peoples living in the country. The culinary …
Read further
Most of the population is Catholic. The Philippines is the third country in the world by the number of adherents of Catholicism. Muslims, Protestants, and pagans represent the rest of the population. Catholics have great respect for their faith. They celebrate all religious holidays. Some of them are accompanied by violent rituals. For example, they engage in self-flagellation to experience the torments of Christ on Good Friday. Crucifixions also occur. The autonomy of the Catholic Church in the Philippines from the Vatican is its feature. It also denies one of the religious dogmas – celibacy, which Catholic priests must adhere to. Catholicism had an impact on legislation. Abortion and divorce are prohibited in the country.
The so-called mountain people (Ifugao, Bontoc, Tinggian, Kalinga, Gaddang, and others) adhere to pagan beliefs. The traditional way of life and traditional occupations are their features. They are engaged in agriculture, irrigation of rice terraces, hunting, pottery, weaving, and embroidery. They often wear national clothing. This is a sarong for women and a loincloth for men. Their homes are primitive and devoid of modern amenities. Copyright www.orangesmile.com
Philippines cultural sights. What to see?
Attractions in the Philippines are very diverse. They are represented by colonial-era buildings, natural attractions, and indigenous villages. You can …
Read further
Filipinos are very devout and attached to their family. Not only parents but also uncles, aunts, grandparents, and cousins are considered close relatives here. The people of the country are very welcoming. They love to visit and invite guests. They are unhurried a little. This is extremely annoying for European tourists who are always in a hurry. Filipinos are also very curious and rather tactless. They can ask even a very intimate question without fear. 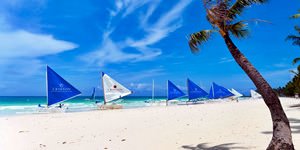 Cockfighting is one of the most popular entertainments for Filipinos. The Spaniards brought this bloody entertainment with them. It has taken root here very well. Many Filipinos breed fighting roosters. They conduct a thorough selection and earn on their sale, participation in fights, and bets. Fights are held exclusively on weekends. Knives are tied to the legs of roosters. Birds fight to the death. Daggers with one or two blades are used. They can be tied to one or both legs. Special spurs are used in some regions. It is not forbidden to use any drugs. Doping, growth hormones, caffeine, substances that reduce the pain are injected into roosters.
Things to do in Philippines - active leisure
Filipinos are very musical people who like to have fun. Nightlife is very active and rich on the islands. It is most developed in Manila and Cebu. The …
Read further
Filipinos adhere to many pagan traditions despite the fact that most of them are Christians. For example, they wear amulets or figurines of the rice God for good luck. Very specific funeral rituals still exist in some parts of the country, among the Ifugao people in particular. They depend on whether the death was natural or violent. Special prayers are recited in the event of a violent death. They are designed to calm the spirit of the deceased and reconcile him to what happened. The corpse is not buried in the ground but a special burial house is built over it. It is opened a few years later. The bones are moved back to the house. They believe that a person's soul resides where the body is. This pagan rite does not prevent many Ifugao from attending Church services. 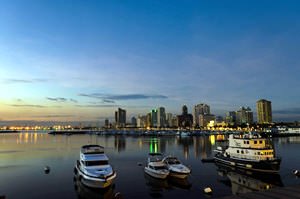 Filipino music is a very unusual phenomenon. It is a mix of Christian Church, Indonesian with American music interspersed. The local musical movement Kundiman appeared at the end of the XIX century. These are love songs in Tagalog. The music is characterized by smoothness, slowness, and dramatic intervals. In fact, it's a sort of Serenade. There is Pinoy rock music in the Philippines. It originated in the 60s of the last century. Filipinos are very musical people. They do not miss the opportunity to have fun at the numerous holidays and festivals that take place throughout the country almost all year round.

This article about national traditions in Philippines is protected by the copyright law. You can re-use the content, but only under the condition of placement of an active link to www.orangesmile.com.
Philippines guide chapters 1 2 3 4 5 6 7 8 9 10 11

Cathedrals and basilicas in Philippines
♥   Cathedral of Our Lady of Mount Carmel, Jolo Town. On the map

♥   Christ the King Cathedral, General Santos City. On the map

♥   Mary, Mother and Mediatrix of Grace Cathedral, Digos City. On the map

♥   Metropolitan Cathedral of the Immaculate Conception, Zamboanga City. On the map

♥   Cathedral of San Nicolas de Tolentino, Mati. On the map

♥   Cathedral of Our Lady Mediatrix of All Graces, Kidapawan City. On the map

Famous sites of Philippines in pictures

Unique traditions in cities of Philippines

Manila
In everyday life local people keep to the comfortable style in outfit. Casual style is allowable even for visiting religious landmarks and sights. At the same time the outfit should not be extremely bright and provoking as it may cause bewilderment not only in local folks but in city guests as well. Setting off to an upscale restaurant or to a business event one should keep to the classic style in outfits. An integral part of the ethnic culture is the fiesta. All the national fests and … Read more