Cultural sightseeing in Philippines. What to visit - museums, temples, castles and palaces 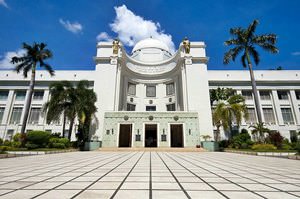 Attractions in the Philippines are very diverse. They are represented by colonial-era buildings, natural attractions, and indigenous villages. You can spend time in a variety of interesting ways here. The Spaniards landed on the Islands in the XVI century. They began to impose their history and culture on the locals. This led not only to the adoption of Catholicism by most of the population and the abundance of Spanish names and surnames but also the traditional Spanish buildings in many localities. Guildhall is usually located on the square or rectangular Plaza Mayor. It is surrounded by beautiful buildings. The streets originate from the square.
What you need to know about Philippines prior to visit - advices
1. You should get travel insurance for the entire duration of your trip to the Philippines. You can do this through any travel agency or insurance …
Read further
Vigan was founded at the end of the XVI century by the Spaniards. It began to build up quickly according to the standard scheme: wide squares and smooth streets paved with cobblestones. The peculiarity of a Vigan is that the colonial-era buildings have survived intact. The city is fully included in the UNESCO World Heritage List due to this fact. Squares and streets are built up with houses of the XVI-XVII centuries. The Archbishop's residence and the Cathedral, built in the Baroque style under the obvious influence of local architecture, have also been preserved. The old buildings are occupied by shops, museums, cafes, and restaurants. They are also used as residential buildings. It is problematic to move around the city by car. Therefore, horse-drawn carriages are common here. You can see many festive carriages that are lavishly decorated during the festival on January 25.
Manila is the capital of the Philippines. This is a rather ugly and dirty modern city. You should visit it to see the Intramuros area. Its name literally translates as "inside the walls". This place was founded by the Conquistador Lopez de Legazpi at the end of the XVI century. It was used as a defensive citadel. Stone fortifications were designed to protect the young city from pirates and Muslims who wanted to spread their influence on the Islands. Many colonial-era structures were destroyed during World War II. The Cathedral building, fort, monasteries, and churches built in the Romanesque and Baroque style have been preserved. Only picturesque ruins remain from the impressive Church of St. Ignatius. It was built in honor of the famous founder of the Jesuit order. Copyright www.orangesmile.com
What to see and what to visit in Philippines with children
The Philippines is a real tropical paradise and an opportunity to please your child with the sun and sea during the cold winter months. The period …
Read further
The Spaniards in the Philippines worked hard. This is the third country in the world by the number of Catholics living in it today. Many churches, monasteries, and cathedrals in the elegant Baroque style were built under the influence of the Spaniards. They are located throughout the country. San Agustin Church in Manila is the oldest church in the country. It was built in the Baroque style on the site of two former wooden churches. They were burned in a fire. Originally it was a church attached to the Augustinian Monastery. Manila was almost destroyed during the earthquake in the second half of the XIX century. But the church remained intact. One of the bell towers was demolished as cracks formed on it. The Church of St. Thomas of Villanueva in Miagao is an amazing Rococo structure with a strong influence of local motifs. It was built as a fortress church. This church is more like a castle than a religious building. It has thick walls that are deep in the ground and can withstand both sieges and earthquakes. The facade of the building is decorated with a bas-relief depicting palm trees and other local tropical plants. This is very unusual. 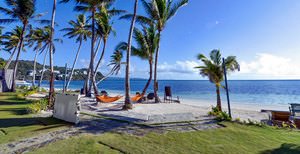 The Saint Augustine Church in Paoay is also built as a fortification and a temple at the same time. Its distinctive feature is the squatness, massiveness of the walls, and the buttress. Construction was carried out taking into account the seismic activity of the region. The facade of the building was built under the influence of the Javanese style with Gothic elements. The materials used in the construction are very unusual. These are coral stones, a solution that includes sugar cane, mango, and leather. The distant bell tower resembles a Romanesque tower and pagoda at the same time. The legend is related to the construction of the Church of St. Mary the Virgin on the island of Luzon. The statue of the Virgin Mary constantly disappeared from its place in the city of Bulle. It appeared in Santa Maria. Local residents considered this an omen. They began to build a temple. The building was built in the Baroque style. But it looks very strict and has no decorations. It is reinforced with buttresses to protect it from earthquakes.
Shopping in Philippines - best shopping places, what to buy?
Many products from China and Taiwan are sold in the Philippines. Prices are very low here. So it's better to take a bigger suitcase with you. Many …
Read further
The Taoist temple in Cebu is almost a modern building. It was built in the 70s of the last century at the request of believers. The bright, elegant temple rising on a hill is built in the traditional Chinese style. The building is decorated with bright architectural elements. Many tourists come here to visit the temple. However, they are often not related to Taoism. They want to get to the divination ceremony using stones.

This article about cultural sites of Philippines is protected by the copyright law. You can re-use the content, but only under the condition of placement of an active link to www.orangesmile.com.
Philippines guide chapters 1 2 3 4 5 6 7 8 9 10 11

Cathedrals and basilicas in Philippines
♥   Cathedral of San Nicolas de Tolentino, Mati. On the map

♥   Cathedral of Our Lady Mediatrix of All Graces, Kidapawan City. On the map

♥   Cathedral of the Immaculate Conception, Cotabato City. On the map

♥   Old Cathedral of Christ the King, Tagum City. On the map

♥   Cathedral of St. Joseph the Worker, Ipil. On the map

Palaces in Philippines
♥   Palace 'Archbishop’s Palace' Pampanga. On the map 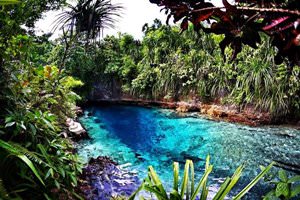 Mindanao Island, which is part of the Philippine Islands, has become one of the most dangerous places on the planet by a will of fate. The incredibly beautiful island with white sand beaches and lush tropical vegetation has been at the epicenter of hostilities, so it is currently impossible to visit this amazingly beautiful place. Previously, the island was very popular not only among fans of scenic walks, but also among fans of diving.

The island of Mindanao houses one of the major attractions of the archipelago, Mount Apo, which is the highest mountain in the Philippines. Mindanao is one of the twenty largest islands in the world, with an area of ​​about 97 500 square km. There is the large river of the same name. Picturesque lakes are another important part of the local landscape. … Read all 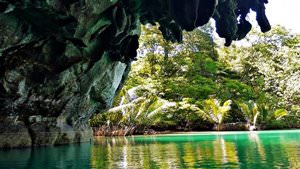 The Philippine Islands represent a real treasure trove of natural attractions. One of the most famous among them is located on the island of Palawan. Here, in one of the caves, the underground river with the beautiful name of Puerto Princesa flows. It’s located close to the town of the same name. The length of the river is about 8 km. It’s worth noting that the cave is one of the largest in the world. It has several large rooms that strike with diversity and beauty of the stalactites and stalagmites.

Famous sites of culture and history of Philippines in photoset

Culture and monuments in popular cities of Philippines

Manila
The oldest district of the city is Intramuros. A tour through its area will turn to a real adventure to the past times. Till 1574 the area was an innate settlement. It was totally destroyed by Spanish conquerors. In 1590 a fort was erected on the place of the former settlement. The historical area of the city has inherited the name from that fortifying construction. During the tour through ancient streets the travelers will witness the ruins of ancient churches and monasteries, massive … Read more