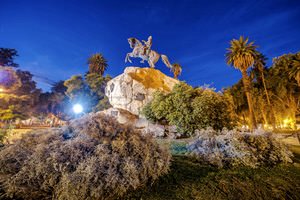 Mendoza is a globally known winemaking destination. Its suburbs locate several large wineries. At present their wines are served in most renowned upscale restaurants of the world. Many tourists are attracted to the city with a unique chance to try astonishing wines. The main cultural event held in Mendoza annually is also associated with winemaking. A bright remarkable holiday named “Vendimia” (Fiesta Nacional de la Vendimia) or the National Grape harvest Festival is devoted to grape harvest gathering. The festival was established and first held in 1936.
Family holidays with kids in Mendoza. How to entertain your child, things to show to children.
Mendoza will be an awesome place for a relaxing family holiday. Travelers with children here should visit the Jardin Zoologico. This zoo is quite small, but has amazing animals from all over …

Open
Since that time the holiday turned into one of the most waited scale events among local folks and city guests. The festival lasts for more than two months. In January the most distinguished winemakers select the participants of the contest who should then submit to approval best sorts of the dainty drink. The event is attended by winemakers from all over the country however the most exciting events and contests start commonly in March.
The festival is opened with bright magnificent parades and marches. In this way local folks praise the protectors and thank them for good harvests. The most prominent event of the festival is a selection of the beauty queen of the festival. The competition takes place right after the festival opening and the festive parades and marches. 17 beauties compete in the selection being one from each department of the Mendoza Province. Copyright www.orangesmile.com
Cuisine of Mendoza for gourmet with top restaurants and cafe
The most in demand gastronomy destination of Mendoza is the Florentino restaurant which offers its guests a huge variety of dishes of international cuisine. The restaurant is open for …

Open
The beauties are tried with various contests and have a chance to approve themselves in different competitions. Only the most dignified contestant can be selected a queen of the festival. The day after the queen selection a bright and exciting march takes place. The Carrusel march carries the queen in a beautiful bull-drawn carriage through the city. The procession is escorted by equestrians clothed in ethnic costumes. The event is a tribute to the traditions of the past as several centuries ago the carriages were the main means of transportation for city residents and the means to transport the grape harvest. 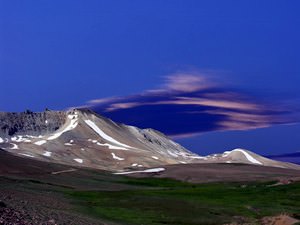 After that Mendoza witnesses different music and theatrical shows, fairs and wine tastings for several days. The main place of holding public events is still the Frank Romero Day amphitheater filled with music from early morning till late night during the holiday. The festival ends in the middle of march. The event is always visited by many foreign guests. During the festival the travelers can not only try and taste the various sorts of wines but purchase the best ones as memorable gifts and souvenirs from Mendoza. The exciting and rich in engaging events “Vendimia” festival gains more and more popularity year by year.
Excursion over cultural sights of Mendoza - 'must visit' points of interest
Mendoza is a scenic city with unique natural attractions and historical landmarks. A major part of the tourist spots is concentrated in the central region of the city which is totally banned …

Open
In mid-October, guests of Mendoza can enjoy a wonderful musical event held at the Teatro Gabriela Mistral in the picturesque Parque O'Higgins. Such a favorable location makes it possible for visitors to have a good time in nature and dance indoors at the same time. It is the Mendo Rock (sometimes called the Mistral Rock Festival). At this time, musicians on the stage play in a variety of styles, one way or another related to rock - from hardcore and metal to reggae and funk. The festival introduces visitors to new names in the history of music. Both local bands and those who come from other countries and continents are invited. 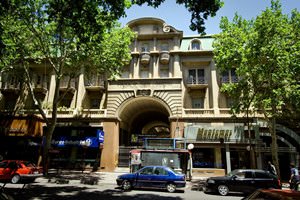 At the end of August, the city hosts Mendoza Green Market, the largest fair dedicated to healthy nutrition, environmental care, and responsible consumption, in Parque Central. Besides tasting local cuisine, other events await visitors to the festival. It must be said that not only independent tourists but also those traveling with children and friends will have a lot of fun here. They can enjoy a family yoga, music concerts (both local performers and visitors from neighboring countries), master classes for young tourists (including culinary and art workshops). Visitors can purchase healthy local products from local manufacturers well-known abroad: olive oil, walnuts, goat cheese.
Your active city break in Mendoza. Attractions, recreation and entertainment - best places to spend your day and night here
Walking tour through the city is a most common way to go sightseeing as the central streets of Mendoza are closed for any transport. The favorite spot of recreation among city residents and …

Open
Throughout June, the City of Children Festival timed to Children's Day (universally celebrated on June 1) is held in the city. The large-scale events take place in Parque General San Martin, while other places in the city are also rich in entertainment that children love so much - and these are circus, magic and theatrical performances (including puppet theater), music concerts (both performances involving kids and street shows ), book fairs where you can find famous children's writers. Among the artists are not only locals but also visitors from neighboring countries, but they all have one thing in common: the desire to give children a real holiday. Among the indoor venues where colorful shows are held are the Teatro Municipal Julio Quintanilla, as well as the Nave Cultural. 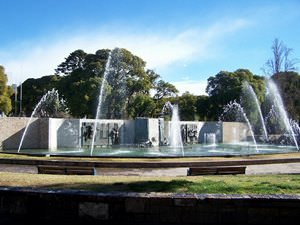 in Mendoza, sports events are never neglected either - for example, at the end of April, city guests have a unique opportunity to participate in a festival called Maraton de Mendoza. Participants run a marathon starting from Potrerillos Dam located 1,200 meters above sea level to Estadio Malvinas Argentinas located in Parque General San Martin at an altitude of 800 meters above sea level. Thus, the total length of the race is 10 kilometers. Participation is open to both local residents and tourists, for which the marathon is another great way to explore the city.

This guide to traditions and festivals in Mendoza is protected by the copyright law. You can re-publish this content with mandatory attribution: direct and active hyperlink to www.orangesmile.com.
Mendoza - guide chapters 1 2 3 4 5 6 7 8 9

City tours, excursions and tickets in Mendoza and surroundings

Cathedrals and basilicas near Mendoza
♥   Catedral Nuestra Señora de Loreto, Mendoza, 1.6 km from the center. On the map

♥   Basílica de San Francisco, Mendoza, 2.3 km from the center. On the map

Safety is very important in Argentina. Locals never open doors to strangers. This is one of the reasons why Halloween and other celebrations that foreigners love so much are virtually nonexistent in Argentina. Opening doors to strangers again and again is simply impossible in the country. Local people do not like talking about The Falklands War in 1982. The local name of the islands is of Argentinian origin, so every mention of the war can easily start passionate debates. In order to prevent disputes and quarrels, it is better not to talk about this theme at all. … Open

Colors of Mendoza in photos

Traditions and festivals in cities around Mendoza

Santiago
The main feature of Santiago lifestyle and culture is multinationality of the destination. Tourists will be surely much impressed with a unique fusion of various cultures and traditions. Local people are rather moderate and sober minded. They tolerate people of other nationalities and cultures rather well and take strange culture with honor and respect. However local folks ... Open »
Valparaíso
The fact that the fireworks in Valparaíso attract many capital residents. So even if you will manage to get tickets pretty quickly, it is not a fact that you will arrive at the coast on time. More than half of the road is loaded so that the journey lasts for five-six hours, due to the huge number of cars. Besides, there are a lot of people who want to go to Valparaíso. But ... Open »
San Carlos de Bariloche
You should not argue with a local on political topics. Citizens are very fond of fiercely defending their point of view on certain legislative initiatives. So it's better not to engage in controversy. The same applies to football. It is the national sport here. Schoolchildren and students are allowed to go home to watch matches during the national team's games at the ... Open »
Buenos Aires
Residents of Buenos Aires are characterized by temperamental and fiery temper. However, they are also distinguished by politeness and courtesy, which is manifested in everything. At a meeting with close friends and relatives, local residents often exchange kisses to a cheek, and just friends greet each other by traditional European handshaking. Football and politics remain the ... Open »
Montevideo
Montevideo is a city of interesting culture and original traditions. Its visitors have a chance to witness and take part in numerous exciting ethnic fests, learn local handicraft traditions of the capital city and estimate the culinary preferences of the local folks. Regarding ethnic crafts tanning and fabric industry are first worth mentioning. Despite the influence of the ... Open »
La Paz
One of the most unusual annual holidays is called "Day of the Skull". On this day, locals honor the memory of their departed relatives. According to the established historical tradition, they keep their deceased relatives' skulls at home. They are considered to be the strongest and irreplaceable guards against evil spirits. On the holiday, townspeople take the skulls ... Open »

Cityguide on traditions, mentality and lifestyle of people in Mendoza. Learn the best periods to visit Mendoza to discover its soul - authentic festivals, events and celebrations. We will also reveal the interesting habits, attitude towards the world and to tourists in Mendoza.