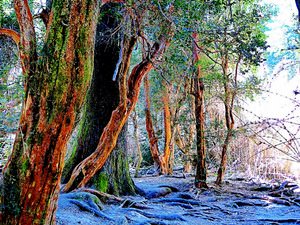 You should not compare Europeans with conquistadors once in San Carlos de Bariloche. Most of the local people are not descendants of South American Indians but people from Scandinavia, France, Germany, England, and Eastern Europe. The citizens consider themselves more like "South American Europeans" who have found themselves on another continent by the will of fate. Spanish will help you much more than English in San Carlos de Bariloche. Only those citizens who are somehow connected with the tourist business or work with foreign partners speak English here.
Cuisine of San Carlos de Bariloche for gourmet with top restaurants and cafe
Argentina's culinary traditions are almost entirely European, with a fairly small influence of Native American heritage in contrast to its neighbors on the continent. Meat fans will …

Open
If you speak Spanish but suddenly you don't understand what the local is saying to you, it means that he began to use a lot of expressions peculiar to Lunfardo in his speech. This is jargon that came from the lower level of the population. It is strongly mixed with Italian dialectics. It is interesting that one of the most common addresses here is the true Argentine "che". It is like "Hey, you" but more polite. The usual Spanish "tu" - "you" is almost never used here. Locals prefer to use a polite "you".
It is customary to smile and say compliments to all the people you meet here. Strangers greet each other in European style, shaking hands and nodding their heads. Friends hug and pat each other on the shoulder. Close friends usually kiss each other on the cheek, regardless of gender. If you prefer to maintain a maximum social distance, it will not be very comfortable for you to talk to local residents. It is common among Argentines to communicate by standing close to each other. If you try to move away, the citizen, on the contrary, will constantly approach. To move away from the interlocutor is to show a reluctance to communicate in the local culture. Copyright www.orangesmile.com
Excursion over cultural sights of San Carlos de Bariloche - 'must visit' points of interest
The main symbol of the city and its most famous landmark is the beautiful Nahuel Huapi National Park. Founded in 1930 around the eponymous lake, it covers a green area of more than 785 …

Open
Some people call Argentines residents of Manyana. If you hear the word "manyana" in the speech of a resident of San Carlos de Bariloche, then immediately forget about any agreement with him. This word means "tomorrow", "maybe tomorrow", "next week", "maybe next week", "never", and a dozen other options with a strong hint of uncertainty. Non-punctuality is not a disadvantage but an integral part of the character of every self-respecting Argentine here. If you need to agree on something urgent, be sure to specify specific deadlines. But take into account that hardly anyone will comply with them. 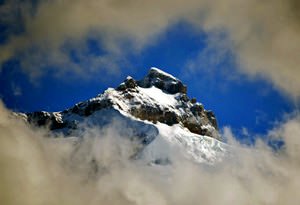 If you are used to waking up early, it will be difficult for you to understand the local order. The mode of life is mainly focused on those who like to sleep late here. Restaurants usually don't open until 8 pm here. This is not surprising because it is normal to have dinner no earlier than 10 pm and stay at the table until midnight in a pleasant company for a local resident. They like to discuss politics, football, and family relationships after dinner. If you are offered to drink mate, it means that you are considered a good friend at least. This drink is drunk from one vessel through a tube here. Its brewing is a special ritual.
Your active city break in San Carlos de Bariloche. Attractions, recreation and entertainment - best places to spend your day and night here
San Carlos de Bariloche is mainly attractive for fans of active pastime. In winter, the main entertainment for its guests is skiing, and in the warm season, they have a chance to devote …

Open
You should not argue with a local on political topics. Citizens are very fond of fiercely defending their point of view on certain legislative initiatives. So it's better not to engage in controversy. The same applies to football. It is the national sport here. Schoolchildren and students are allowed to go home to watch matches during the national team's games at the Championships. The defeat of the favorite team is a real tragedy for the fans. This often results in riots even in the quiet San Carlos de Bariloche. 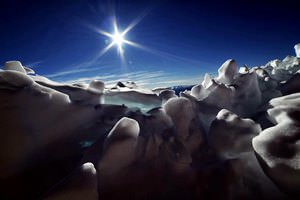 The locals are respectful of the family. Great-uncles and great-nephews are considered close relatives here. Children often stay with their fathers in case of divorce. If the child stays with the mother, she never prevents the child from communicating with the father. In general, the locals treat children very gently and allow them quite a lot. Argentines gather as a family for Easter, Christmas, Epiphany, and many other Catholic holidays. Almost 90% of the citizens profess Christianity. Churches are crowded on days of solemn services. The Liao Liao music festival takes place in mid-February. You can visit the Chocolate Festival in April. The Snow Festival is also interesting. It takes place at the end of July. A large-scale festival dedicated to the culture and art of Argentina is held here at the end of November.

When visiting local dining establishments, it is better to specify the beef degree of doneness in advance. Even though Argentinians are recognized as the biggest fans of meat in whole Latin America, it is easy to get a burnt and dry steak instead of a juicy chunk of tender beef. Argentina is the king of meat, and local children are literally born with grilling skills. Many locals like well-roasted meat, so it is better to order jugoso or punto steak if you want to try delicious Argentinian beef. … Open

Traditions and festivals in cities around San Carlos de Bariloche

Santiago
The resort city of Santiago is annually visited by many tourists thus local folks have got used to plenty of foreigners in the streets. Many of local people have a good command of German and English languages however to show respect towards local culture tourists are advised to learn several phrases in Spanish. Tourists looking to hunt some memorable original souvenirs from a ... Open »
Valparaíso
If you want to welcome the coming year in accordance with all the city traditions, do not forget to prepare a grape. It will be better if you prepare twelve grapes. You will have to eat them during the chimes. Red socks, stockings, garters or underwear should be included in the New Year wardrobe. These things are supposed to bring good luck. You can participate in the burning ... Open »
Mendoza
The beauties are tried with various contests and have a chance to approve themselves in different competitions. Only the most dignified contestant can be selected a queen of the festival. The day after the queen selection a bright and exciting march takes place. The Carrusel march carries the queen in a beautiful bull-drawn carriage through the city. The procession is escorted ... Open »
Buenos Aires
Residents of Buenos Aires are characterized by temperamental and fiery temper. However, they are also distinguished by politeness and courtesy, which is manifested in everything. At a meeting with close friends and relatives, local residents often exchange kisses to a cheek, and just friends greet each other by traditional European handshaking. Football and politics remain the ... Open »
Montevideo
A passion of the local folks to different sorts of cocktails as to spirits so to non-alcohol drinks is specially worth noticing. A popular festive drink is the “Clericot” cocktail which is made of fresh fruit juice, white wine and with addition of various sweet liqueurs. Every local resident has his or her own original recipe of the Clericot cocktail which he or she will ... Open »