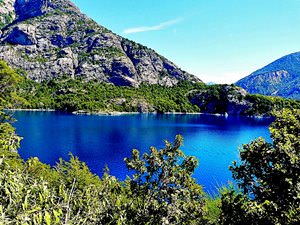 The city of San Carlos de Bariloche located in the foothills of the Andes is widely known as a major skiing and mountaineering center. This is the most popular ski resort in Argentina. A significant part of tourists visiting it are fans of active recreation and sports entertainment. Eco-tourists will surely find the city interesting, as it is located in an incredibly beautiful area surrounded by wonderful lakes and mountain peaks.
Your active city break in San Carlos de Bariloche. Attractions, recreation and entertainment - best places to spend your day and night here
San Carlos de Bariloche is mainly attractive for fans of active pastime. In winter, the main entertainment for its guests is skiing, and in the warm season, they have a chance to devote …

Open
The first inhabitants of these places were the Mapuche Indians. It is believed that the present city owes its name to them. Translated literally from Mapuche language, "Bariloche" can be translated as "people behind the mountain," which fully describes the main feature of the city. Many years ago these picturesque places attracted Spanish conquerors. The first explorers visited Nahuel Huapi

Lake in the middle of the 16th century.
The first mission on the shore of the lake appeared in 1670, but had existed for only 4 years - it was completely destroyed and burned by the Indian tribes. The attempt to re-organize the settlement on the lake also failed. At the end of the 19th century, the attractive lands aroused many controversies among Chile and Argentina. As a result, this area became part of Argentina, the significant event took place in 1881. Copyright www.orangesmile.com
Top hotels in San Carlos de Bariloche for business trip or short vacation
Guests of Bariloche can choose from more than 300 accommodation options, the resort offers hotels and apartments of various levels. It also has some outstanding historic hotels, including …

Open
The unofficial founder of the present-day city is Carlos Wiederhold - an immigrant from Germany who built a house and settled in Llanquihue, Chile. Later he decided to change his place of residence, then crossed the Andes and settled in the center of the modern city, having opened a small shop called La Alemana. A few decades later, the tent was already standing among the newly built busy streets, and over time a large city grew up around the shopping area, the full name of which - San Carlos de Bariloche - recalls the founder. 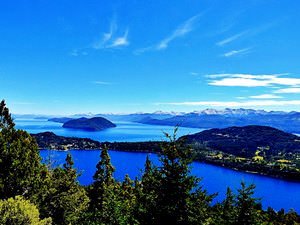 The city began to attract the first travelers in 1934. Several colorful buildings such as permanent courts, religious sites, and trade areas were built in Nahuel Huapi National Park. Bariloche turned from a small trading town into an elite resort that could compete with popular European resorts of that time. Numerous tourists were primarily attracted to these places by a fabulously beautiful nature. Despite the fact that over the last hundred years the resort has significantly expanded its scale and infrastructure, it has managed to fully preserve its pristine natural splendor.
Winter vacations, ski slopes and resorts in San Carlos de Bariloche
The “Argentine Switzerland" is well known to fans of ski sports and winter entertainment. Due to a significant difference in altitude and the presence of high-altitude trails, the ski …

Open
San Carlos de Bariloche is often called "South American Switzerland", and not only because of its amazing landscapes. The fact is that the city produces excellent chocolate; confectionery shops can be found here literally on every street. The most famous boutiques are Mamuschka and Benroth

, where you can buy great gift sets of sweets with different kinds of liquor and fruits. 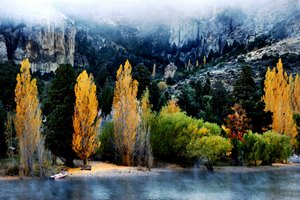 Despite the fact that Bariloche is quite a young city, it pleases fans of excursions with a variety of historic landmarks. The city has preserved ancient religious buildings, including La Catedral de Bariloche

. In addition, the city has several interesting museums and exhibition centers, it regularly hosts both sports and cultural events. Another distinctive feature of the resort is the abundance of modern nightclubs and discos attracting young travelers to these places. It is believed that in Bariloche there is the brightest and most vibrant nightlife in Argentina.
Shopping in San Carlos de Bariloche - main shopping streets, outlets and boutiques
If you are planning to shop in San Carlos de Bariloche, keep in mind that the prices will not be very low here. The city has become famous as a resort for people who have money. So do not …

Open
Guests of San Carlos de Bariloche traditionally like to make excursions to Fabrica de chocolate Carlos Triberpolm. For several decades, this famous factory has been making premium chocolate. Fabrica de chocolate Carlos Triberpolm is located in a hidden part of the mountain region, so before reaching it, vacationers will enjoy an interesting excursion and see beautiful local nature. At the factory, attendees will see how signature desserts are made. Once the excursion is over, everyone is welcome to head to the factory’s shop and buy delicious presents for friends and family members. 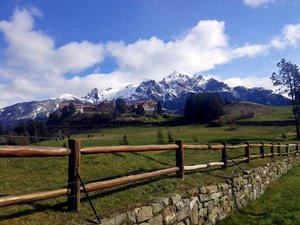 The Museum of Patagonia remains one of the most interesting cultural venues in the city. The museum is named after Francisco Pascasio Moreno. The venue was officially open in 1940. Nowadays, it exhibits an interesting collection of various historical artifacts. Nature science and anthropological items are of a particular value and importance. A part of the museum’s halls is dedicated to modern exhibitions. Numerous art meetings and literature presentations often take place there. For several years, the city has hosted a very interesting holiday – the national snow celebration. It is a truly unusual and incredibly fancy show that attracts numerous guests to the city. The festival lasts two weeks and includes numerous sports, cultural, music, and gastronomic entertainments.

National and city parks around San Carlos de Bariloche
♥   National Park 'Nahuel Huapi' , 22.7 km from the center. On the map 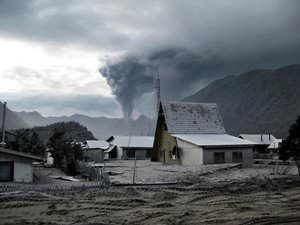 Distance from San Carlos de Bariloche center - 229.1 km.
It’s unlikely for curious tourists to stroll along the once bustling Chilean town today, as almost all of its territory is sealed in a thick layer of lava. In addition, the river bed of the Rio Blanca has changed as a result of the eruption. Now, it runs straight through the city streets. Only some areas are accessible in Chaiten, where it’s possible to walk only in a respiratory mask. Even many years after the eruption, the gray volcanic ash lingers in the air. … Read further

As a country of contrasts, Argentine has much to offer to visitors - from spacious beaches to rocky mountain tops, from beautiful waterfalls and wild deserts to dense forests, from hermitical villages to modern metropolises. It’s truly amazing that such diversity of nature and culture can be found in one country. … Open

Santiago
The modern South American city Santiago is located near the Santa Lucia hill on the shore of the Mapocho River. Santiago is a truly stylish city built in the colonial style in the square manner that is usual for Spanish cities. Here tall skyscrapers peacefully coexist with old houses. In this city are well-developed such industries as machine building, light industry, metal ... Open »
Valparaíso
Valparaiso is a charming port city on the coast of Chile. The city’s name literally means “the Paradise valley” if translate it from Spanish. Numerous travelers know this city because of high-class beaches and multiple historic landmarks. Valparaiso is an incredibly hospitable place that helps to make every vacation an unforgettable one. In this city, travelers can ... Open »
Mendoza
This city is a world-famous center that manufactures excellent Argentine wine and olive oil. In summer it's an excellent resort full of fascinating routes and excursions, and in winter the city turns into a paradise for skiers. In 1861, the city suffered from a great damage – a disastrous earthquake destroyed all buildings and monuments. During the creation of a new project ... Open »
Buenos Aires
The capital of Argentina has the full right to be called the liveliest city in South America. Life here does not stop even for a second. Corrientes Avenue is the place where tourists will find numerous cafes, kiosks, theatres, and shops. All of them are opened from morning till night. Even buses go there without a night pause. Buenos Aires certainly has European charm – this ... Open »
Montevideo
The city was founded in the early 18th century by the Spanish. The purpose of founding Montevideo was rather peculiar. It was a fortress city, which helped the Spanish to control the actions of smugglers on important trade routes, which were located in close proximity to the city. Montevideo has soon turned into a major shopping area, and today this place is known as a center ... Open »
Punta del Este
The beach itself is perfectly suitable for all fans of active recreation. High waves are not rare near Brava, so many visitors grab surfboards and head to ride the waves. There is a rental office that also offers everything needed for scuba diving. If you simply want to relax and sunbathe, you can always rent sun loungers and umbrellas. Brava is always crowded during the ... Open »