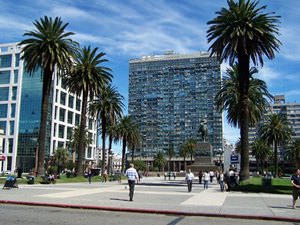 Montevideo is a city of interesting culture and original traditions. Its visitors have a chance to witness and take part in numerous exciting ethnic fests, learn local handicraft traditions of the capital city and estimate the culinary preferences of the local folks. Regarding ethnic crafts tanning and fabric industry are first worth mentioning. Despite the influence of the civilization and the impact of technological innovations being actively introduced to every sphere of life, still Montevideo features numerous craft stalla in which tourists will find clothes and footwear made by hands.
Excursion over cultural sights of Montevideo - 'must visit' points of interest
A historical part of Montevideo is of great interest for tourist visiting the destination. Exactly the historical part of the city concentrates a large share of significant landmarks and …

Open
The craft stalls offer readymade goods as well as accept orders for making accessories created to individual design. Apart from genuine leather goods the pull-overs made of shear wool are among the most popular memorable gifts and souvenirs. Jewelry addicts will love a vast choice of semi-precious stone articles as these are considered to be the most in demand ethnic souvenirs.
The most “powerful” stone among others local folks consider to be agate. Local people consider this stone to protect its owner from misfortune and to beneficially affect the health. Regarding culinary and gastronomy traditions curious tourists will notice the passion of local folks to meat dishes. In the meantime culinary masterpieces made of sea foods are of great popularity as well. Copyright www.orangesmile.com
Your active city break in Montevideo. Attractions, recreation and entertainment - best places to spend your day and night here
After sightseeing tours through historical landmarks and spots of Montevideo, the city offers its guests to visit numerous entertaining centers, sport centers, night clubs, boutiques and …

Open
A passion of the local folks to different sorts of cocktails as to spirits so to non-alcohol drinks is specially worth noticing. A popular festive drink is the “Clericot” cocktail which is made of fresh fruit juice, white wine and with addition of various sweet liqueurs. Every local resident has his or her own original recipe of the Clericot cocktail which he or she will eagerly share with new acquaintances. 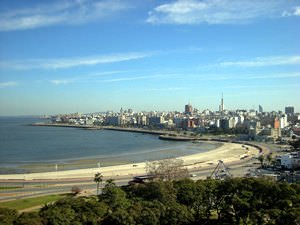 The brightest event of the cultural life of the city is considered to be the African Carnival which commonly takes place in February and is one of the most scale and original events held within the country. This bright event is devoted to those times when the capital of the Uruguay was the center of slave market. The festival was established by African slaves a few centuries ago. Modern fest is considerable altered and modified. It has got absolutely new caliber. Festive parades and marches, thousands of unique costumes and outfits, loud, rhythmic music, plenty of treats and inimitable atmosphere of joy are the main features of the brightest Montevideo Carnival.
Advices to travellers: what you should know while being in Montevideo
1. Many of local residents have a good command of foreign languages however they give preference to speak their native one. To show respect to local culture tourists should learn several …

Open
In late September (in early October sometimes), a cultural festival named El Día del Patrimonio is held in the capital of Uruguay. At this time, museums, art galleries, attractions, conference centers, and exhibition halls located in the historic center of the Plaza de Independencia open their doors for visitors for free. Themed exhibitions are organized here. Also, you can take a bus city tour to see all prominent sights and not to miss interesting events. 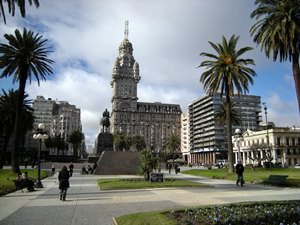 The main cultural feature of the Uruguayans is «murga», one of the most popular shows. It is a sarcastic music show where famous people (politicians, sportsmen, and TV stars) are ridiculed. It is one of the most important intangible values in Uruguay. At the show, performers put colorful masks and costumes on and sing songs. You can watch such performances in art cafes and theaters in February or early March. Even the stage for performances has a special name, «tablados». “Murgas” came from Spain, to be exact, from Cadiz where such performances were very popular at the beginning of the last century.
Extraordinary weekend in Montevideo - unusual places, services and attractions for travel gourmet
Montevideo is an excellent place for unforgettable discoveries. Visit the Flea market for the first impressions. It is an outdoor museum where you can not only touch, but also buy exhibits. …

Open
The most honored Christian holiday is the Holy Week or Semana Criolla, as it is called here. It is celebrated in the Rural del Prado located in the picturesque garden named Rosedal del Prado. The traditional Holy Week is celebrated differently. Here, the spectacular equestrian performance “Jineteadas Contest” is held. Art exhibitions, wonderful shows, and performances are organized. The visitors of the festival can take part in interesting contests. Besides, the fest is an excellent opportunity to acquaint with local cuisine. 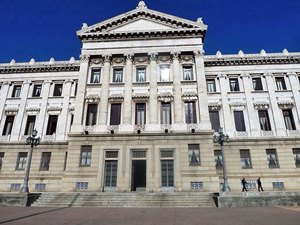 Movie-lovers come to Uruguay in mid-April when the Uruguay International Film Festival is held. At this time, tourists and local people visiting the fest have an opportunity to be the first to enjoy movie premieres. During the festival, you can watch not only feature Spanish and foreign movies, but also short ones. The fest takes place in different cinemas of the city and includes a competition program with audience awards.

This guide to traditions and festivals in Montevideo is protected by the copyright law. You can re-publish this content with mandatory attribution: direct and active hyperlink to www.orangesmile.com.
Montevideo - guide chapters 1 2 3 4 5 6 7 8 9

City tours, excursions and tickets in Montevideo and surroundings

Cathedrals and basilicas near Montevideo
♥   Santuario Nacional del Sagrado Corazón, Montevideo, 0.1 km from the center. On the map

♥   Concatedral Nuestra Señora de Bzommar, Montevideo, 3.3 km from the center. On the map

♥   Catedral Nuestra Señora de Guadalupe, Canelones, 38.6 km from the center. On the map

The majority of Uruguayans are passionate about football. Adults and children play football on the streets, in backyards, and other areas where it is permitted. If someone doesn’t play football, they watch others, enjoy watching broadcasted football games on TV or listen to sports programs on the radio. It is not rare to see special road signs that warn drivers of playing kids on Uruguayan roads. Guests of the country will probably hear national music, as well as music for tango, play in many public areas. Music has an important role in the culture of Uruguay. Once a week, around the midday, groups of drummers walk along the streets of Montevideo. No one considers them distracting or noisy – quite the opposite, locals cheer the musicians and consider this a great opportunity to relax and dance. … Open 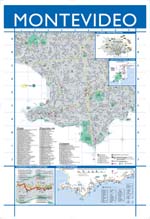 Colors of Montevideo in photos

Traditions and festivals in cities around Montevideo

Buenos Aires
Tango remains one of the main features of Buenos Aires. In this city are opened numerous dancing schools. Each week here are organized amazing evenings devoted to tango, they are always visited by numerous guests. Beautiful costumes and skills of dancers captivate the attention of the audience. Travelers are ready to spend hours watching performances of dancers. It is also ... Open »
Florianopolis
The vast majority of citizens are Catholics. Christmas is celebrated on a large scale in Florianopolis. El Nico brings gifts here. Each family makes Nacimientos on Christmas Eve. This is a diorama with a Christmas story. Locals also have fun during the carnival and during the pre-Easter week, called Semana Santa. Celebrations on St. Catherine's Day are also large-scale. The ... Open »
Mendoza
Mendoza is a globally known winemaking destination. Its suburbs locate several large wineries. At present their wines are served in most renowned upscale restaurants of the world. Many tourists are attracted to the city with a unique chance to try astonishing wines. The main cultural event held in Mendoza annually is also associated with winemaking. A bright remarkable holiday ... Open »
Santiago
The main feature of Santiago lifestyle and culture is multinationality of the destination. Tourists will be surely much impressed with a unique fusion of various cultures and traditions. Local people are rather moderate and sober minded. They tolerate people of other nationalities and cultures rather well and take strange culture with honor and respect. However local folks ... Open »
Valparaíso
The streets of the city are incredibly crowded on New Year’s Eve. This is due to the influx of Santiago residents wishing to celebrate the New Year at sea. Cafes, bars, and restaurants are closed at this time. Their staff celebrates the holiday. So it will be better to buy something tasty in advance from the sellers of street food and go to take places with a good view. The ... Open »
San Carlos de Bariloche
If you speak Spanish but suddenly you don't understand what the local is saying to you, it means that he began to use a lot of expressions peculiar to Lunfardo in his speech. This is jargon that came from the lower level of the population. It is strongly mixed with Italian dialectics. It is interesting that one of the most common addresses here is the true Argentine "che". It ... Open »

Cityguide on traditions, mentality and lifestyle of people in Montevideo. Learn the best periods to visit Montevideo to discover its soul - authentic festivals, events and celebrations. We will also reveal the interesting habits, attitude towards the world and to tourists in Montevideo.