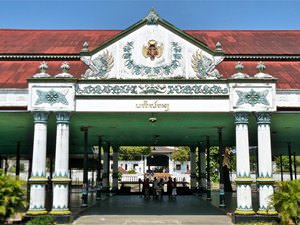 Java strikes with an abundance of contrasts that can be traced in everything. Here there is a large modern city striking with scenic skyscrapers and small villages, where the atmosphere has remained unchanged for hundreds of years. Cultural traditions of indigenous peoples are also very interesting and controversial. Contemporary people living on the island move with the tides, but at the same time they don’t forget about traditions of their ancestors. Like many hundreds of years ago, they stick to old religious beliefs, worship ancient gods and perform mysterious rituals.
Guide to Java sightseeing - things to see and to visit
The island of Java is more than a thousand kilometers long; it is the most populous island in the Indonesian archipelago and a famous tourist destination. Almost a third of its territory is …

Open
Despite dramatic changes that have occurred to the island during last hundred years, thriving national crafts are still there. Java produces great arm blanche, which is appreciated by collectors and hunters from around the world. There are also craftsmen who make incredibly beautiful items of precious metals; Javanese art and jewelry is handed down from generation to generation.
The most mixed city of the island is Jakarta; this is where you can experience all aspects of the local culture and lifestyle. Speaking of the national culture, it’s certainly worth to mention Yadnya Kasada festival, which is held annually in December. This is one of the most beautiful and interesting national holidays. It features, first of all, a rather unusual venue. Copyright www.orangesmile.com
Cuisine of Java for gourmet with top restaurants and cafe
The island of Java has always been associated with spectacular scenery, grand volcanoes, ancient temples and amazing culinary traditions. Ethnic cuisine is very distinctive and unique; it is …

Open
Much of the action takes place at the foot of the majestic volcano Bromo, which remains one of the most revered on the island. The festival is devoted to the god of fertility, Bethor Bromo; the volcano is its epitome. During the holiday, local farmers bring to the foot of the volcano their gifts: the sacrificial cattle and poultry, vegetables and fruits. All offerings are brought to the priest; then locals begin to walk with them to the crater of the volcano. The culmination of the festival is dropping gifts into the crater. After the symbolic ritual every farmer can be sure that the next year would bring a rich harvest. 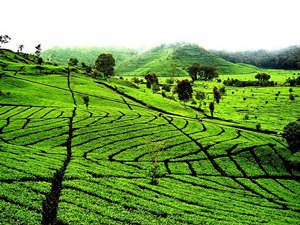 Modern holidays, including large-scale Jakarta International Java Jazz Festival, are held on the island. As you might guess from the name, the venue for the jazz festival is the capital; the music holiday usually takes place in the first half of March.

This guide to traditions and festivals in Java is protected by the copyright law. You can re-publish this content with mandatory attribution: direct and active hyperlink to www.orangesmile.com.
Java - guide chapters 1 2 3 4 5 6 7 8

Cathedrals and basilicas near Java
♥   Katedral Santa Perawan Maria Ratu Rosario Suci, Semarang, 77.5 km from the center. On the map

More than 300 indigenous ethnic groups, including Javanese, Sundanese, Madura, and the others reside in the territory of Indonesia. The Chinese are the largest group of non-indigenous peoples. There are also many Indians and Arabs in the country. The majority of the population is Muslim. Mostly Hindus live in Bali. They make up about 2 % of the total population. There are also not many Christians in the country. Paganism is still practiced in some remote regions. Culture, traditions, and beliefs are very different in different regions of the country. … Open

Colors of Java in photos

Traditions and festivals in cities around Java

Surabaya
For example, locals consider touching the head to be one of the greatest insults. This rule of conduct is related to people of all ages, so don’t pet children in a way that may be common in many other countries. According to local tradition, the left hand is considered wicked, so all the important steps and gestures have to be made with the right hand. It is prohibited to ... Open »
Bandung
The majority of residents of Bandung are the adherents of the Muslim traditions. The locals deeply honor the traditions of their ancestors and various religious customs have great importance for them. Guests should also not to forget to respect the established order and in no manner hurt the traditions of the natives. For example, you shouldn’t go for a walk wearing revealing ... Open »
Jakarta
The locals are known for their friendliness, it is important for them to help people, so you should not be afraid to ask for help. The traditions of hospitality are rooted in the minds of these people so much that they do many things without a second thought. Indigenous people honor many traditions like bringing gifts to the gods of water, air, fire, despite the fact that most ... Open »
Bali
The majority of residents of Bali are Muslim, so they follow numerous religious customs and traditions. Travellers should also respect the established local way of life in order not to look rude and not to cause any confusion among the local population. Thus, the local women are prohibited from wearing revealing clothes and too catchy outfits of bright colors. Tourists should ... Open »
Denpasar
One of the main distinguishing features of the modern city is heavy traffic. One can travel around its territory by car freely only at night because in the daytime the traffic literally stops. That is why many travelers prefer to walk on foot, slowly exploring picturesque streets. An interesting form of local transport is horse-drawn dogcarts, by which you reach any part ... Open »
Lombok Island
As anywhere else in Indonesia, in Lombok it is forbidden to smoke in public places. If you get caught by police, you will have to pay a big penalty. On the whole, the locals are quite loyal towards the tourists but be sure, if they can sell something for even more money, they will make every effort to get maximum profit. This especially concerns taxi drivers, boatmen, and hotel ... Open »

Cityguide on traditions, mentality and lifestyle of people in Java. Learn the best periods to visit Java to discover its soul - authentic festivals, events and celebrations. We will also reveal the interesting habits, attitude towards the world and to tourists in Java.