Sightseeing in Gili Islands - what to see. Complete travel guide 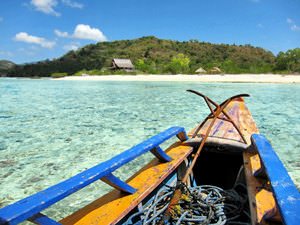 Gili Islands consist of three beautiful islands and is part of the Bali archipelago. The former began to attract travelers quite recently. Prior to that these amazing places with pristine landscapes haven't felt an influence of civilization; many of the modern things are prohibited there by law. It's prohibited to drive cars and motor bikes on the island, so the only available means of transportation are bicycles and horse-drawn vehicles. Many tourists prefer to travel around the islands on foot, as they can see beautiful places and interesting objects at every step.
Family holidays with kids in Gili Islands. How to entertain your child, things to show to children.
Gili is quite a nice place for family holidays. Despite the fact that there is little entertainment for children on the Islands, the year-round season, clean sandy beaches and magnificent, …

Open
Gili Islands are often called Emerald Islands, that's because of lush tropical forest occupying the largest part of the territory. The largest island of the archipelago is Trawangan; its population is about 900 people. The island is very popular among young travelers, as it boasts a decent selection of stylish places to stay, colorful beach discos and clubs. The incredibly beautiful and big coral reef, the main underwater attraction of these places, can be found next to the island. This reef is so big that sometimes it is called the Great Wall; the exact depth of the reef is unknown and is more than a thousand meters. Trawangan Island is famous not only for entertainment and beautiful beaches, but also for amazing natural sights and landscapes. Local rainforest has remained unchanged for hundreds of years.
The second largest island of the Air; it offers a lot of beautiful places to walk. This island has a more relaxed and intimate atmosphere, there is no such amount of noisy entertainment places, and, respectively, the number of tourists is relatively small. The smallest and most picturesque island is Meno. It’s popular among fans of high-end leisure. Amazing scenery of the tropical island can’t be called otherwise than paradise. It’s difficult to imagine that a few thousand years ago, all three islands have been active volcanoes. Copyright www.orangesmile.com
Cuisine of Gili Islands for gourmet with top restaurants and cafe
The basis of the most local dishes is rice, and perhaps the most popular dish here is fried rice «nasi goreng» with various additives. You should also try satay chicken – grilled meat …

Open
The main part of the excursion sites are natural objects. Islands can boast a very interesting nature reserve, the main inhabitants of which are birds. For a modest fee, anyone can walk through the incredibly beautiful bird park and listen to interesting stories of guide about the unique features of local nature. There are also turtles’ nurseries offering great fun for the whole family. Rare species of sea turtles, which are endangered by local predators, are grown there. Once the small turtles get stronger, they are released into the sea; everyone can participate in this exciting event. 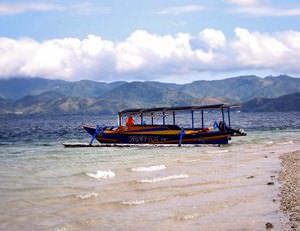 There is not much information about the early history of the Gili Islands. First mentions of the archipelago date back to the World War II period. At that time, the Japanese army occupied the island. It was also used as a camp for war prisoners. The islands also became an observation post of the army. Nowadays, nothing reminds of that difficult period in the history of the island. Invaders didn’t make any negative impact on the natural splendor of the archipelago. Divers, who choose to explore sites not far from Gili Air Island, will have a fantastic opportunity to see a sunken patrol craft. The boat has been there since the war times.
Your active city break in Gili Islands. Attractions, recreation and entertainment - best places to spend your day and night here
Gili will appeal to those who are fond of water sports. The underwater world here is diverse and rich. You can see bright tropical fish, turtles and corals. Each island has diving schools …

Open
Thorough archaeological excavations have only proven the fact that there were no ancient settlements on the islands. There is an important reason for that – there are no sources of fresh water on the islands. First permanent settlements on the Gili Islands appeared relatively not long ago, in the 70s of the previous century. First settlers were mostly involved in fishing. Later, several coconut palm tree plantations appeared on the island. First travelers appeared on the island approximately ten years after the foundation of first settlements. Needless to say, it was a turning point in the history of the archipelago. 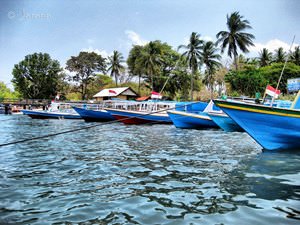 Since that time, the development of the tourist industry has become one of the major goals of the region. New hotels, sports centers, and other infrastructure for vacationers appear on the islands regularly. The luxurious Pesona Resort and Restaurant has become a true historical landmark of the island. It was the first hotel on the island, the opening of which took place in 1982. Initially, the hotel was very small and was famous under another name, Pak Majid. Nowadays, it is one of the largest and most prestigious hotels on the islands.

This guide to iconic landmarks and sights of Gili Islands is protected by the copyright law. You can re-publish this content with mandatory attribution: direct and active hyperlink to www.orangesmile.com.
Gili Islands - guide chapters 1 2 3 4 5 6

City tours, excursions and tickets in Gili Islands and surroundings

National and city parks around Gili Islands
♥   Nature Recreation Park 'Gunung Guntur' , 19.7 km from the center. On the map

♥   Nature Recreation Park 'Kerandangan' , 29 km from the center. On the map

Sights around Gili Islands from our guide 'Extreme places on Earth' 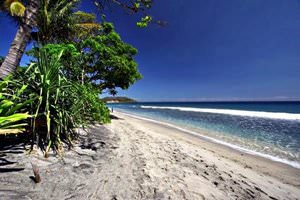 Distance from Gili Islands center - 14 km.
Despite its impressive scale, the abundance of hotels and entertainment venues, the Senggigi Beach is very clean. Not only employees of nearby hotels, but also local residents collect garbage there. During the tourist season, high waves and storms occur infrequently. That makes the exotic coast of dark volcanic sand so attractive for a comfortable relaxation. … Read further 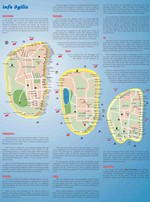 Search touristic sites on the map of Gili Islands

Sightseeing in regions nearby Gili Islands

Lombok Island
Another amazing attraction is Narmada water park, which was founded in the 19th century by members of the royal family. Contrary to popular belief, the Narmada isn’t a classic water park, but a large landscape-architectural complex with lots of important landmarks on its territory. The lovely Hindu temple, Pura Kalasa, is a bright national architecture monument. The most ... Open »
Denpasar
Denpasar is a city located in the center of the southern island Bali. This is also its capital starting from 1958. The number of people living here including suburbs reaches 700 thousand. Staring from the time when this place has been ruled by the Denpasar kings, the city carefully keeps its heritage that is represented by numerous ancient houses and architectural buildings, ... Open »
Bali
Inexpensive service is one of the biggest advantages of Bali, however, low price here comes with highest quality. You will be truly amazed by prices in many restaurants and chains of shops. Wild nature fans will have an opportunity to walk on spacious tropical gardens, see rice plantations, volcanoes and untouched jungles. If you prefer visiting historical sights, then you ... Open »
Kuta
There is an international airport approximately fifteen minutes from the central part of Kuta. It is easy to reach the resort by taxi. Other cities and towns in Bali have intercity buses to Kuta. It is also possible to reach the resort from the nearby port of Benoa located approximately twenty minutes away. A motorboat takes passengers between these two settlements. ... Open »
Surabaya
Mesjid Ampel Mosque is surely the main religious attraction of this place. This mosque was built in the 15th century. There is a spacious observation deck near the building. It offers magnificent views of the city. It is always worth making a tour to Kalimas Old Port, where you can see wooden models of ships, which were built six centuries ago. Besides this restaurants and ... Open »
Java
Those wishing to escape from the hustle and bustle of the city are recommended to go to Garut. It is surrounded by majestic mountains and numerous rice plantations; its streets are calm and untroubled. You can get acquainted with the culture and lifestyle of locals during an excursion to nearby villages: Rana Pan, Lawang and Kaliurang. Next to the last settlement there is a ... Open »

All about Gili Islands, Indonesia - sightseeings, attractions, touristic spots, architecture, history, culture and cuisine. Prepare your trip together with OrangeSmile.com - find out the 'must see' things in Gili Islands, which places to visit, which excursions to take, where the breathtaking views are waiting for you. Planning your trip with this travel guide will help your to get the most out of Gili Islands in few days.