Sightseeing in Bintan - what to see. Complete travel guide

Bintan is one of the most picturesque and interesting Indonesian islands according to tourists. Despite the obvious impact of modernity, it managed to preserve its pristine nature and historical heritage. Some of the protected corners of the island have not changed for hundreds of years at all.
Top hotels in Bintan for business trip or short vacation
On the island there is a decent selection of high-quality establishments which try to impress their guests with a special service, an unusual equipment and well-developed infrastructure. In …

Open
The port city Tanjung Pinang is the capital of the island. It is perfect for hiking and will surprise visitors with an abundance of colourful markets. Sri Bintan Handicraft Center operates in the capital. It is open for free visits and is very popular with tourists. Here, you can see local craftsmen weaving various articles for home and souvenirs out of pandanus, as well as purchase handmade gifts. In the immediate vicinity of the capital, there are extensive pineapple plantations.A walk along them also promises to be fascinating.
Travellers wishing to get acquainted with the culture and traditions of the indigenous population should visit a picturesque village of Senggarang, which was founded by settlers from China several hundred years ago. On the territory of the fishing settlement there are beautiful Buddhist temples, whose age is more than three hundred years. Copyright www.orangesmile.com
Top hotels in Bintan for business trip or short vacation
On the island there is a decent selection of high-quality establishments which try to impress their guests with a special service, an unusual equipment and well-developed infrastructure. In …

Open
No less interesting is the town of Pulau Penyengat. For many years it remained the capital of the Riau-Lingga Empire. The main symbol of these picturesque places is a Great Mosque of Sultan Riau. The ancient building has been perfectly preserved to our days. A lot of fascinating stories are connected with the mosque. It is believed that one of the main secrets of a powerful structure, that stretches beyond the contemporaries, is a usual egg white. It was used during the construction of the mosque. Here, are the ruins of an ancient Dutch fort and beautiful palaces - bright monuments of the colonial era.

The most important natural landmark of Bintan is Gunung Bintan Mountain, whose, height is about 350 meters. For many years it served as a main guide for seamen. Nowadays, the natural landmark attracts thousands of fans of eco-tourism to the island. In the foothills there is a small zoo that has become home for rare monkeys and birds species. The way to the top of the mountain passes through incredibly beautiful places. An excellent viewing platform, with the best panoramic view of the island awaits tour participants uphill.
Top hotels in Bintan for business trip or short vacation
On the island there is a decent selection of high-quality establishments which try to impress their guests with a special service, an unusual equipment and well-developed infrastructure. In …

Open
While walking around the Kaval port town, you can combine admiring the picturesque nature with visiting historical sights. Many ancient buildings have survived here, and nowadays, you can see huge stone stoves in which charcoal was produced a hundred years ago. Ancient fishing villages of Sebung Pere and Busung are ideal for exploring the lifestyle of the local population. Here, you can see typical houses of indigenous people - wooden huts, which are built on stilts right above the water. The history of the island is incredibly interesting. Architectural monuments of different epochs, which complement the amazing landscapes, are all preserved here.

Bintan Island has everything needed for active recreation. First of all, it is important to mention gorgeous beaches of the island, the total length of which is nearly 104 kilometers. Such a variety of coastal areas suitable for beach recreation allows finding a calm and not crowded beach even during the peak season. Some beaches are suitable for diving and snorkeling because of crystal clear water, and some have become popular with surfers because of constant strong waves. The island is rich in comfortable beaches with modern and well-developed infrastructure and entertainment centers. It is easy to stay from dawn to dusk in such places.
Top hotels in Bintan for business trip or short vacation
On the island there is a decent selection of high-quality establishments which try to impress their guests with a special service, an unusual equipment and well-developed infrastructure. In …

Open
Bintan has won international recognition because of its elephant park that regularly organizes interesting excursions and entertainment programs for its guests. Visitors of the park can take care of the animals and then ride an elephant within the park’s territory, sitting on its spine. Active travelers are also in love with hiking tours. There are many interesting trails on the island, and one of them will take vacationers to the top of Gunung Bintan Mountain.

The trail is laid in an incredibly picturesque area. During a walk there, travelers can admire rare plants and see typical representatives of the exotic local fauna. On top of the mountain, there is an amazing observation deck. Fans of shopping will also not feel bored. They are recommended to visit Pasar Ole Ole market. It is a fantastic place to shop popular local souvenirs, various crafts, and jewelry. Travelers can also purchase locally produced batik at a very affordable price.

This guide to iconic landmarks and sights of Bintan is protected by the copyright law. You can re-publish this content with mandatory attribution: direct and active hyperlink to www.orangesmile.com.

City tours, excursions and tickets in Bintan and surroundings

National and city parks around Bintan
♥   Nature Recreation Park 'Muka Kuning' , 54.9 km from the center. On the map

Sights around Bintan from our guide 'Extreme places on Earth' 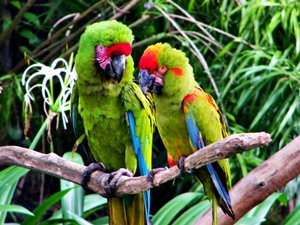 Distance from Bintan center - 92.8 km.
Jurong Bird Park area is more than 20 hectares. All in all, its territory is inhabited by about 5 000 birds belonging to 380 different species. The opening of the park took place in January 1971. About $ 3.5 million were spent on the creation. Guests can stroll around the territory or ride the cozy air-conditioned tram, whose route goes around the park. Here, visitors have an opportunity to observe the birds in real time, i.e. watch them swimming, building their nests, and raising offspring. The only thing you can not do in the park is to feed the birds. … Read further 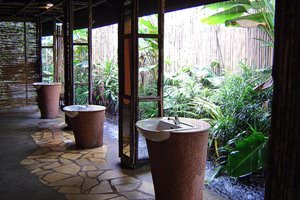 Distance from Bintan center - 86.2 km.
Each poster is accompanied by the corresponding information note. All the animals on earth make 'it' in a peculiar way. In the toilet are more than ten cabins available to the visitors. Each cabin is uniquely decorated. It must be noted that the toilet on the zoo territorium is so to say usually environmentally friendly in the world. For this important feature, she has been awarded several prizes several times and is considered to be one of Singapore's most remarkable and unusual attractions. … Read further 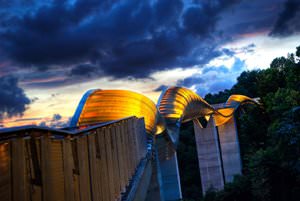 Distance from Bintan center - 79.7 km.
The bridge was opened in 2008 and was a joint project of the London architectural firm IJP and the Singapore office RSP Architects Planners, as well as the engineers from Ingenieros PTE Ltd company. The bridge connects two wonderfully beautiful parks and, thanks to its original design, is an excellent example of the surrounding landscape. It must be noted that 'Wave Herderson' is the highest bridge in Singapore. The height of their reinforced concrete supports is 36 meters. The visitors of the bridge should take into account that the entrance with motor scooters, bicycles and even scooters on the bridge is forbidden. … Read further

When asked about the primary aim of traveling, different nationals stated different goals. For example, Australians are craving sightseeing, Americans want to visit their loved ones and improve their mood, and British tourists need more sunshine in their lives. When traveling for work, the survey respondents named comfortable beds and room service to be one of the most important factors.

Search touristic sites on the map of Bintan

Sightseeing in regions nearby Bintan

All about Bintan, Indonesia - sightseeings, attractions, touristic spots, architecture, history, culture and cuisine. Prepare your trip together with OrangeSmile.com - find out the 'must see' things in Bintan, which places to visit, which excursions to take, where the breathtaking views are waiting for you. Planning your trip with this travel guide will help your to get the most out of Bintan in few days.