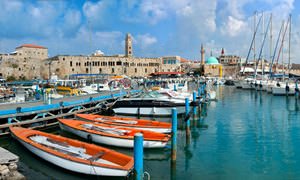 Tourists can enjoy a rich and diverse shopping experience in the small area of ​​Israel. The Israeli authorities appreciate the guests of the country in every possible way for their readiness to spend money for the purchase of local goods. Every year they open new shopping complexes. In Israel you can find contemporary supermarkets just next to the authentic street markets in historical city areas. Local stores are open from Sunday to Thursday weekly. Opening hours are from 9am to 9pm. On Fridays, trade institutions close at one o'clock in the afternoon. Most of them do not work on Shabbat. Large shopping complexes are open from eight in the morning until ten in the evening. Israeli shops can boast of a wide range of goods. Prices are at the pan-European level, and seasonal sales are regularly held.
For active traveler - national parks, landscapes and nature of Israel
Israel is located on the border of two parts of the world and belongs to the Middle East region. The western coast of the country is washed by the …
Read further
Souvenir products are best bought in the markets most notably, the Jerusalem markets “Mahane Yehuda” and “Carmel”, the Acre Turkish bazaar and the Nazareth bazaar, the Druze bazaar in the town of Daliat El-Carmel and the Bedouin market in Beersheba. As an authentic souvenir from Israel, you can bring a Menorah (a candelabrum made of metal with seven lamps), a Hamsa (an ancient talisman from the evil eye), a Bale (a male headdress), a David star in the form of a key ring or a refrigerator magnet, mineral remedies from the cosmetics series of the Dead Sea, tart Israeli wine from pomegranate or currant, chrism (consecrated olive oil with incense), handmade silver jewelry, ancient coins, Bedouin carpets, Armenian ceramics, hookahs, chickpeas, dried peppers and eggplants, mulberries, and a mixture of spices.
Ample opportunities for shopping are provided in colorful Israeli markets and modern shopping centers. In Jerusalem is located the Arab market where food products, local delicacies, souvenirs, leather goods, clothing and footwear, utensils are sold. Having visited the market, it is worthwhile to drink tea with sweet pastries and try fried meat in pita bread. A classic example of the traditional “Shuk” – “Carmel” bazaar in Tel Aviv, where you can buy delicious cheeses and sweets, fresh fruits and vegetables, fragrant spices, authentic jewelry. Flea market Haifa is one of the oldest in Israel. Among the variety of goods you can find rare things and antiques, old plates and posters, original dishes and cutlery, clothes and even autographs of celebrities. Copyright www.orangesmile.com
Unique sights of Israel from our series 'Extreme places on Earth'
These spots really worth the attention of a real traveler-researcher. …
Read further
There is a large shopping center in Jerusalem called “Grand Canyon Shopping Mall”. It is located in the Malcha area near the railway station. The three-storey building contains more than two hundred and fifty boutiques and shops. When you are tired of shopping, you can refresh yourself in one of the cafe restaurant patio, or spend time at the cinema. There is also a playground for children. In the center you can buy clothes, shoes and accessories of famous brands. On its territory there are shops of sporting goods, jewelry shops, perfumery stores, cosmetics and children’s goods stores. In the shopping center “Azrieli” which is a complex of three skyscrapers, it is worth visiting the observation deck of the 49th floor, and also having a dinner in the restaurant on the top floor of the round tower. The stores here sell watches of famous brands, books, and souvenir products. 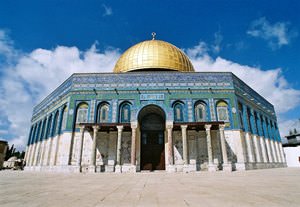 The Haifa Shopping Center, “Haifa Mall” allows you to buy different things at affordable prices. The mall unites four dozen restaurants, twenty boutiques, a department store and several popular outlets. On its square are the salons of the main operators of Israeli mobile communications, a bowling club for children and go-cart racing. On Thursdays and Fridays, artisans’ fairs are opened in the center. The shopping center “Mul HaYam Mall”, also known as the “Ocean Mall” in the resort town of Eilat is located in the tourist area next to a large cinema and city beach. Thanks to duty-free trade, prices in it are much lower than in other trading establishments. On the three floors of the center are more than a hundred clothing stores of Israeli and international brands, shoes, underwear, accessories and jewelry, perfumes, and children’s products. By the time you finish shopping, you can relax over a cup of coffee in a cafe overlooking the Gulf of Eilat.

This article about shopping in Israel is protected by the copyright law. You can re-use the content, but only under the condition of placement of an active link to www.orangesmile.com.
Israel guide chapters 1 2 3 4 5 6 7 8 9 10 11 12

Coolest places in Israel from our Guinness book 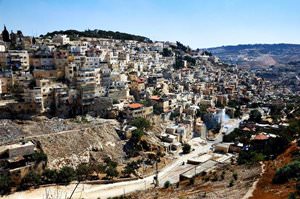 The archaeological research at the site of the historic district began in the first half of the 19th century. After decades of work, researchers had discovered many unique artifacts. In the 19th century, fragments of the Siloam church, and later ancient tombs that date back to 2-3 century BC were found. Today, visitors can see the historic district with ruins of ancient palaces, admire cleaned wells and fragments of fortifications. … Read all

The building has been destroyed and rebuilt many times. Today, it features the refined decoration that is traditional for Islamic art. The main shrine, hidden behind imposing walls of the crypt, is an entrance to the cave. That’s a small hole into which an inextinguishable lamp is traditionally dipped. It’s … Read all
All unique sightseeing Israel

Sightseeings of Israel in photostream

Shopping malls, boutiques and outlets in top cities of Israel

Jerusalem
On the Mount of Olives is located one of the most famous souvenir shops in the city, where you can choose memorable gifts in a calm and uncrowded atmosphere. The choice of souvenirs is very large, from exclusive and rather expensive to popular trifles at affordable prices. Women will surely appreciate jewelry in national style presented here. One more excellent women's shop is called Fix. It is located on Jaffa Street, in the very heart of the city and is stylized to resemble a colorful … Read more

Acre
Having explored the shopping streets of the historic district, head to local shopping centers. Acre Mall is one of the most popular and largest malls in the city. There are a large food court area and a supermarket on the first floor of the shopping complex. The latter sells many popular locally sourced products. Both locals and tourists visit this supermarket to buy pickled olives and hummus, spices and fresh pastries. There is also a broad range of desserts for sale. Multiple clothes and … Read more

Netanya
Budget tourists are more attracted to the Poleg area where stores offer much more affordable prices. Here you can buy inexpensive but high-quality clothing, shoes from local manufacturers, quality jewelry, and a lot of interesting souvenirs. This neighborhood also has several large shopping centers holding big seasonal sales several times a year. During seasonal sales, the cost of the goods presented is reduced by up to 50%. Among the most popular goods that tourists most often buy in … Read more

Map of shops in Israel cities