Sightseeing in Haifa - what to see. Complete travel guide 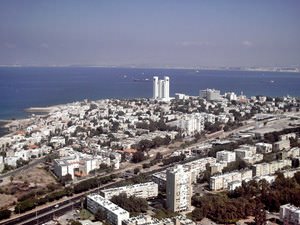 It’s a well-known tourist center, and one of the largest cities in Israel. The rest in Haifa is diverse and fascinating. You will find here beautiful beaches, wide choice of excursions and cultural programs, interesting markets and modern shopping centers - all these factors attract travelers from all over the world. Local beaches are widely known as the purest and most beautiful ones on the Israeli coast. When it comes to hotels, the choice of them is also quite large here. Tourists can select from luxury apartments and villas to small beach houses.
Advices to travellers: what you should know while being in Haifa
1.Tourists can import and export foreign currency without any restrictions. The national currency should be used to pay for goods and services; it can be exchanged at any local bank. Some …

Open
Carmel National Park is the main attraction of this resort. This is also the largest park in the country. The park is a huge forest located in the foothill area. This place is rich in numerous plants, flowers and trees. You will also find rare animals and birds in this park. Haifa is the location of one of the world's major shrines – Elijah’s Cave, the prophet from the Bible. Adherents of Christianity, Judaism and Islam come to this place from many different countries to bow to the shrine and to see the cave in which Holy Ilya has escaped from the pursuit.
Baha’i Gardens located on the Carmel Mount, are one more wonder of nature. These are hanging gardens that grow in eighteen spacious terraces. The terraces are divided by beautiful statues, fountains and walkways. The central part of the garden is the location of another famous religious site - the mausoleum of Sayyid Ali Mohammed. This mausoleum is known as a famous place of pilgrimage. Another well-known religious center, Stella Maris Monastery, is located just nearby. Copyright www.orangesmile.com
Cuisine of Haifa for gourmet with top restaurants and cafe
Popular restaurants in Haifa differ not only with a variety of dishes, but also with attractive prices, so don’t deny yourself pleasure to get acquainted with local gastronomic …

Open
In addition to visiting sites and nature reserves this city has prepared a great choice of restaurants, bars and nightclubs that will surely please tourists. Burger Place is considered the best restaurant of national cuisine, while the most visited nightclub is Fever. 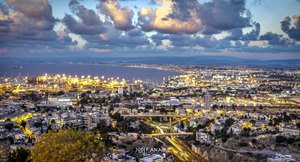 One of the magnificent religious monuments is the "Shrine of the Bab" located on the territory of the Bahai Gardens. Its main architectural feature is a huge gilded dome. There is an important religious relic, the shrine of the forerunner of the Bahai Faith. From the inside, the temple is distinguished by its luxurious design. For decorating, huge hand-made carpets and other traditional accessories were used. Today, the temple is visited by many pilgrims and ordinary tourists who want to see its festive interior.
Authentic traditions, festivals and lifestyle of Haifa inhabitants
The culture of local people is very interesting, as they observe a lot of awesome traditions and celebrate fascinating national holidays throughout the year. One of the most important …

Open
Another interesting religious monument is the Cathedral of St. Elias located at the foot of Mount Carmel. The church was built in 1939 and is distinguished by its strict and ascetic exterior. There are many interesting historical and religious artifacts inside. Here, the old font and the altar constructed in the year the cathedral was built have been preserved. 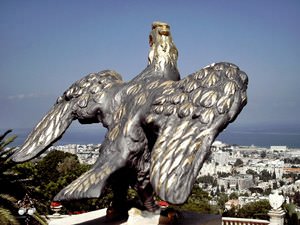 One of the oldest constructions in Haifa is the ancient Castle Pilgrim that was built on the rocky coast in 1218. For hundreds of years, the castle has seen a lot of outstanding historical events but managed to survive. This historical construction is still used by the navy of Israel, so tourists have no right to enter its territory. But it is offered to admire this historical building from afar within the framework of excursions.
Excursion over cultural sights of Haifa - 'must visit' points of interest
Haifa is the modern prosperous city; in the last 50 years its population has increased more than twice. Each area of ​​the city is of great interest for travelers and boasts an abundance …

Open
One of the most unusual cultural venues here is the Tikotin Museum of Japanese Art opened in 1959. The founder of the museum is Felix Tikotin, a famous collector from the Netherlands. Exactly his private collection is the core of the museum exhibition. The museum is located in a beautiful historical building. Today, it presents almost 7 000 unique art exhibits. Besides pieces of art, it contains a big library. This museum is the largest cultural venue in the Middle East. 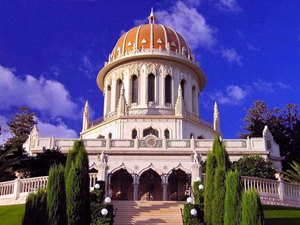 In one of the fascinating historical buildings is the Mane Katz Museum located. It is devoted to the famous avant-garde artist's masterpieces. The main exhibits of the museum are famous artist’s paintings drawn in different techniques. The museum also houses the collection of his personal belongings.

This guide to iconic landmarks and sights of Haifa is protected by the copyright law. You can re-publish this content with mandatory attribution: direct and active hyperlink to www.orangesmile.com.
Haifa - guide chapters 1 2 3 4 5 6

National and city parks around Haifa
♥   National Park 'Montfort' , 31.6 km from the center. On the map

Sights around Haifa from our guide 'Extreme places on Earth' 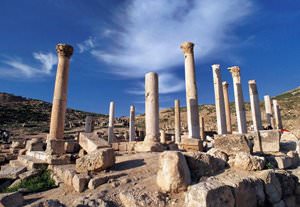 Distance from Haifa center - 69.4 km.
The city of Pella was an important religious center in ancient times. Several miniature mosques have been preserved on its territory. They were built more than a thousand years ago. Very informative excursions are conducted around the archaeological area. One of the favorite activities for tourists is climbing to the top of mount located nearby. It offers a magnificent panoramic view of the Jordan River valley, as well as the ancient ruins. Pella remains one of the most unexplored ancient cities in the world. Major archaeological research began here less than 20 years ago. … Read further 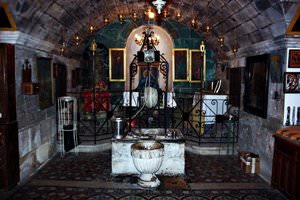 Distance from Haifa center - 68.4 km.
Subsequently, the building was repeatedly destroyed and rebuilt again in the course of military conflicts. The church, which contemporaries can visit today, was built in 1860. The facility itself is as amazing, as the shrine hidden in its walls. Premises are decorated with many beautiful canvases depicting biblical motifs, artful murals and numerous priceless artifacts dating back for hundreds of years. Those who decide to visit the ancient Greek church, have to consider that it’s officially banned to make photos inside. That can be done only with the prior consent of the abbot. … Read further

Search touristic sites on the map of Haifa

Sightseeing in regions nearby Haifa

Acre
The majority of Acre’s population are Judaists, so traditions of this religion are dominant in the region. The most important tradition is to respect the Torah and Saturdays. On Friday evening, all shops close until Sunday. This rule doesn’t apply to shops run by people of other religions. For example, Arab merchants can close their shops on Friday, and Christian shop ... Open »
Nazareth
The "Nazareth Village" is one of the most ambitious projects of the region. The creators of the village tried to restore the look of the settlement 2,000 years ago in the borders of the modern city. For this purpose numerous buildings were constructed on the territory of the village. Clay and sandstone blocks were used as main building materials. On the territory of the ... Open »
Netanya
Tourists, who enjoy making excursions to ancient monuments, should go to the old Palace. It is located on a picturesque reef that features magnificent panoramic views of the city. You can get acquainted with the beauty of the local nature in the national park called "Caesarea". Numerous museums of Netanya exhibit collection of priceless artifacts so don’t miss to visit them. ... Open »
Nablus
After Templar knights, the former rulers from the Ayyubid dynasty, and the Mamluks, the shrine was converted into a mosque. The name of this mosque means “victorious” if we translate it from the Arabian. Just like the cathedral, this mosque didn’t survive in the earthquake that happened in 1927. The reconstruction works started in 1935. However, the following military ... Open »
Petach Tikva
The main market of the town is another place that will be curious to tourists. It traditionally attracts traders from all surrounding towns and villages. The market is so big that you can walk in it for hours, and a choice of products is simply astounding. After inspecting all historical sites and shops of Petach Tikva it’s time to make an excursion to Rosh ha-Ayin - Petach ... Open »
Tel Aviv
The largest city of the country, Tel Aviv was founded in 1906. Within just a few decades this place grew from a small suburban area into a major center of commerce, industry and tourism. Nowadays visitors can enjoy high-quality rest in 50 hotels, hundreds of entertainment venues and restaurants. When it comes to prices, Tel Aviv features a great variety of them as well. You can ... Open »

All about Haifa, Israel - sightseeings, attractions, touristic spots, architecture, history, culture and cuisine. Prepare your trip together with OrangeSmile.com - find out the 'must see' things in Haifa, which places to visit, which excursions to take, where the breathtaking views are waiting for you. Planning your trip with this travel guide will help your to get the most out of Haifa in few days.