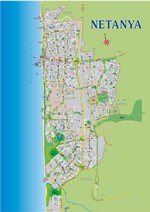 Unique points of interest in Israel 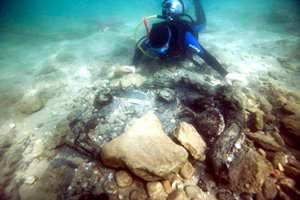 In search of amazing underwater sights many travelers go to Israel, as there is one of the oldest flooded cities in the world. According to modern scholars, age of Atlit-Yam ruins is at least 9,000 years. Ruins are located in the coastal area of Haifa. Thousands of years ago, they have been a fairly large and prosperous village.

Unique granular bottom of the coastal area of Haifa allowed buildings to survive perfectly. The degree of safety of the flooded city was so high that the researchers were able to detect the fully surviving ancient cemetery; insects that have plagued the villagers thousands of years ago were discovered in residential buildings.

The main mystery of Atlit-Yam ruins is the cause of flooding. Many researchers are inclined to believe that the village has gradually … Read all 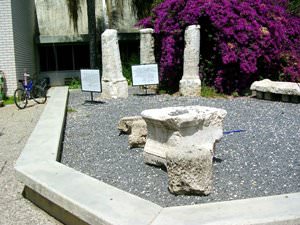 Religious Kibbutz Tirat Zvi is situated in Israel, on the vast territory of the Beit She'an Valley. Temperature record was placed there in 1942; in the midst of hot summer air warmed up to 53.9°C. Despite these natural anomalies, people have been living in the settlement for hundreds of years and have learned to escape from a perilous heat. Their homes are equipped with tents, in the shade of which it’s always possible to shelter from the hot sun. Ponds situated around the settlement also help local residents.

According to the latest census, at least 700 people live in kibbutz. The settlement was founded relatively recently, in 1937. Currently Tirat Zvi is one of the nation's largest mass production centers, as well as a leader in production dates. Arid climate is ideal for growing … Read all
All unique sightseeing Israel

Interactive maps of hiking and biking routes in Israel

1. You can zoom in/out using your mouse wheel, as well as move the map of Israel with your mouse.
2. This interactive map presents two modes: 'Biking Routes' and 'Hiking Routes'. Use the '+' button on the map to switch between them.


Railway and landscape maps of Israel

This Israel map has two modes: 'Railway Network' and 'Landscape & Rural Map'. Use the '+' button on the map to navigate.

Tel Aviv
Some modern Tel Aviv structures have the status of outstanding architectural sights, as well. The Azrieli set of skyscrapers is an excellent example of this. The complex includes three high-rise buildings, whose height varies from 154 to 187 meters. The construction was completed in 2007. The tallest skyscraper has a great viewing platform located at an altitude of 182 meters. Many famous city attractions are visible out of there. Use your walks in the White City area to admire its beautiful … Read more

Jerusalem
In Jerusalem is located one of the main Christian shrines of the planet - the Temple of the Holy Sepulcher. Once upon a time, in this place where the temple now stands, a cave in which Jesus was buried was discovered. His miraculous resurrection happened here also. Today, pilgrims from all over the world come to bow to the temple and the relics stored in it. The temple is a large-scale architectural complex. On its territory, there are cathedrals and churches belonging to various Christian … Read more

Acre
A pleasant journey awaits you if you decide to visit the city of Acre (Akko) in Israel. This is a relatively small but, nevertheless, an interesting city. The hidden Israeli gem is situated in the northern part of the valley that shares the same name with the city. While taking a stroll in Acre, visitors will notice the width of local streets. They are quite narrow and still have their original look. Despite this fact, all buildings look spectacular regardless of their age. Tourists will find it … Read more

Haifa
One of the magnificent religious monuments is the "Shrine of the Bab" located on the territory of the Bahai Gardens. Its main architectural feature is a huge gilded dome. There is an important religious relic, the shrine of the forerunner of the Bahai Faith. From the inside, the temple is distinguished by its luxurious design. For decorating, huge hand-made carpets and other traditional accessories were used. Today, the temple is visited by many pilgrims and ordinary tourists who want to see its … Read more

Netanya
In the vicinity of the city, there is a very beautiful green area - Utopia Park. This extensive park founded relatively recently, in 2006, covers an area of 40,000 square meters. The vast territory is divided into several thematic zones, one of which realistically recreate the tropical rainforest environment. Here you can see rare species of orchids or observe exotic insects. The park has many wonderful fountains, specially-equipped aviaries for animals, mazes and rest zones, which are so … Read more

Nazareth
An important religious shrine for all Christians is Mount Tabor located in the immediate vicinity of Nazareth. The height of the mountain is 588 meters, it is remarkable for its regular round shape. According to the Gospel, the very Transfiguration of Jesus took place on the top of this very mountain. Once there was a small temple on the top, but it was destroyed in the Middle Ages. Subsequently, two monasteries were built on its site, which are open to all pilgrims even now. In addition to … Read more

Jaffa
At the coast of the Mediterranean Sea, in the marvelous country of Israel, tourists can visit the most important port in the region during the ancient times – Jaffa. Currently, this is a modern city with a mostly Arabian-speaking population. Do you want to enjoy a vacation away from the noise and urban stress? Jaffa is an ideal choice in this case. Moreover, the settlement itself is an important landmark that is worth exploring. It is incredibly pleasant to admire the breathtaking sea views, … Read more

Petach Tikva
The city's most visited cultural institution is the Museum of Art housing more than 3,000 works by outstanding masters. In this museum, you can see works of both famous Israeli and foreign artists, the age of many of the paintings presented here exceeds 200 years. The museum often holds temporary exhibitions devoted to the work of young artists. A curious tourist attraction is the Santiago Calatrava Bridge that can be seen at the entrance to the city from the airport side. The design of this … Read more