National traditions of Israel. Habits, mentality and the way of living 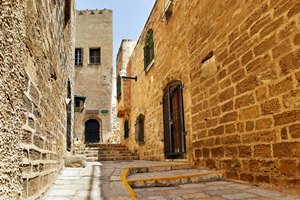 The Israelis take their culture very seriously. The historical features of the country’s development are reflected in the lifestyle of the local population. All holidays in Israel are based on the lunar calendar. It is used in calculating the dates of celebrating anniversaries of memorable events and holding religious celebrations. On these days, like on weekends, State Institutions do not work. On special holidays too, there is a stoppage of public transport system. The traditional weekend in the Country is the afternoon of Fridays and Saturdays. All festivities begin the evening preceding the significant day, and ends at sunset.
What to see and what to visit in Israel with children
Israel is quite a comfortable place to go on a vacation with children. In addition to living in hotels that are ideal for families, the country has a …
Read further
One of the most famous traditions of the Israeli people is kosher food. The law “Kashrut” which establishes the rules for the consumption of food prohibits the simultaneous use of meat, milk, pork, certain varieties of fish and seafood. It also defines the traditional way of preparing dishes from meat. Please note that strict rules should be observed not only in the process of eating, but also when visiting holy places. Therefore men and women should dress as decent as possible. You also need to cover your head. When visiting a synagogue, different rooms are assigned to different sexes. At the entrance to the mosque, you must remove your shoes. Failure to comply with the rules can attract an expulsion from the religious institution.
All marriages in Israel are in accordance with the religious rites. If one of the spouses is a “goy” (non-Jew), the union must be concluded in another country. The most popular place for the conclusion of interethnic marriages among the Israelis is Cyprus. If it is impossible to travel to another country, the non-Jewish spouse must take up Judaism. The Jews consider the day of the wedding to be sacred. The bride and groom ought to fast and repent in their prayers. In the process of the rite, the future newlyweds are placed under a large cloak called “Chuppah”. The bride goes round the groom seven times, and then the Rabbi blesses the couple. The groom then puts the ring on the index finger of the bride’s right hand and recites the sacral vows in Hebrew. After reading the marriage contract “Kutebah”, and after the wedding blessings, the groom breaks the glass used in drinking under his feet. Copyright www.orangesmile.com
Shopping in Israel - best shopping places, what to buy?
Tourists can enjoy a rich and diverse shopping experience in the small area of ​​Israel. The Israeli authorities appreciate the guests of the …
Read further
The final part of the marriage ceremony is known as “Yichud”. The bride and groom are taken to a special room where they are left alone with each other for a quarter of an hour. This means that the wedding took place, since the pair was not allowed to spend time alone before this event. A Jewish wedding is celebrated for a week, and solemn receptions known as “Sheva Brachota” are held on each of the days. If the newlyweds lose the marriage contract, they cannot live together until a new contract is provided. The document highlights the duties of the husband to his wife: providing the woman with food, clothing and every necessary thing, as well as the performance of matrimonial duty. Financial provision of the needs of the spouse gives the husband the right to exercise authority over the use of his wife’s income. 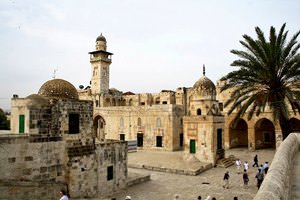 Funeral traditions of Israel are quite interesting. The Israelis are distinguished by their non-trivial attitude towards death. The death of a loved one is perceived by them not as a loss, but as an ordinary event. This attitude is however not adopted in cases where the death was unnatural or sudden. All family members gather at the bedside of a dying person. In Israel, it is forbidden to cremate the bodies of the dead. Preparations for funerals are held in a hurry since the deceased has to be buried within 24 hours from the moment of death. While the body is deposited in the morgue, one of the relatives always remains with the corpse. The dead are dressed in white robes symbolizing the equality before death of people of different financial status. In Israel, outsiders are not allowed to offer condolences. The relatives of the dead should grieve in silence since it is believed that words are not enough to express sorrow.
When and where to 'hang out' in Israel - festivals and celebrations
Many colorful festivals and festive events take place in Israel year after year. One of the most important festivities in the country is the Jewish …
Read further
Most Israelis are quite tolerant towards members of other religious faiths and nationalities. Discrimination on national or religious grounds is prohibited at the legislative level. However, certain difficulties may arise when interacting with religious people and organizations. Israelis are very sensitive to their own language, “Hebrew”. A foreigner who has learned at least a few words in Hebrew receives much greater respect from the local population than one who has no command of the language. The simplicity and logic of the Israelis’ mentality are reflected in the language. The letters of the Hebrew language are written from right to left and causing all books in Israel to be opened from the end.

This article about national traditions in Israel is protected by the copyright law. You can re-use the content, but only under the condition of placement of an active link to www.orangesmile.com.
Israel guide chapters 1 2 3 4 5 6 7 8 9 10 11 12

Cathedrals and basilicas in Israel
♥   Church of the Nativity, Bethlehem. On the map

♥   Dormition Abbey of the Virgin Mary, Jerusalem. On the map

♥   Basilica of the Holy Sepulchre, Jerusalem. On the map

♥   Basilica of the Agony, Jerusalem. On the map

♥   Church of Our Lady of the Spasm, Jerusalem. On the map

Famous sites of Israel in pictures

Unique traditions in cities of Israel

Tel Aviv
The local calendar may seem unusual for foreign visitors too. The fact is that the chronology in Tel Aviv, as well as in other cities of the country is kept according to the lunar calendar. The beginning of the month is indicated by the new moon and the beginning of a new day – by the sunset. Indeed, transferring the data to match the Europeans calendar, it can be said that the above mentioned day off begins on Friday evening. Because of this feature all national holidays are celebrated in … Read more

Jerusalem
Unlike the traditional Gregorian calendar months in Jerusalem start with the start of the lunar cycle. The middle of a month falls on the full moon, and a month ends on the day of the new moon. The beginning and the end of a day are also marked in a different way. While in most countries midnight is considered the beginning of a new day, in Jerusalem sunset tells people about the beginning of a new day. Thus, a new day comes in the evening and this is the reason why the celebration of so many … Read more

Haifa
The anticipated holiday of Hanukkah is equally fascinating; candles are its main symbols. They are usually installed in special holiday candle holders, khanukiyah. Purim is considered one of the most cheerful holidays; it is dedicated to an important historical event - the rescue of Jews from the onslaught of Haman, an Amalekite. The holiday is usually celebrated in the family circle and everyone tries to cover the table with a rich abundance of interesting treats. Constant symbols of the … Read more

Netanya
A traditional day-off for locals is Saturday. Even public transport does not run on this day. According to local traditions, no hard work can be done on Saturday - more time should be devoted to prayer. According to another tradition, on Saturday evening, it is customary to set a festive table full of popular regional dishes. Most of the holidays are celebrated according to the lunar calendar, so their dates vary from year to year. One of the most beautiful and interesting holidays is … Read more

Nazareth
Local culture requires compliance with certain rules of behavior in society. On the street and in public places, it is not customary to talk loudly or show excessive emotions. Even local gastronomy was influenced by religious traditions. Restaurants use only halal products for cooking. The highest demands are placed on the preparation of fish and meat. Throughout the year, local people celebrate a lot of interesting holidays, most of which are religious. A beautiful annual holiday is … Read more