Nature of China - national parks and reserves for active recreation 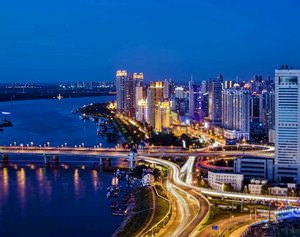 China's nature can boast of diverse landscapes, from vast plateaus in the eastern part to high mountains in the west, as well as deserts, tropical and bamboo forests. The country's weather is depended on the region. In the north and west, cold winters and hot summers are caused by a temperate continental climate. The central part lies in the subtropical zone where there are frequent rains and a softer winter. Southern regions are warm in winter and hot in summer. Most of the precipitation falls on the summer season. Winter in China is dry and cold.
What you need to know about China prior to visit - advices
China is an amazing authentic country, traveling to which can help tourists discover the world from the other side, as well as learn a lot of new …
Read further
Today, due to the rapid development of industry, the natural environment is severely threatened, but in remote locations, it is still possible to find authentic beauty unspoiled by civilization. It attracts not only tourists but also Chinese who want to relax and feel the harmony of the pristine nature. A popular place among tourists and pilgrims from all over the world is Wu Yue. It's five sacred mountains, which were believed to be the place where gods met. Here you can find the famous Shaolin Monastery, the Hanging Temple, and about twenty Taoist temples. Taishan is the most famous sacred mountain, on which Confucius and Mao Zedong climbed.
More than three hundred nature reserves have been created across the country. The most famous of them is Wolong located in Sichuan Province. Giant pandas, snow leopards, surilis (golden monkeys) and other rare animals live here under the protection and care of professionals. Zhalong is a nature reserve protecting rare species of birds: cranes, herons, storks. In autumn, it's worth to visit the Changbai Mountains - a virgin forest where various coniferous and deciduous trees grow. Lushan Mountains are ninety-nine peaks of completely different shapes and outlines, overlooking waterfalls, rivers, and lakes. Copyright www.orangesmile.com
What to see and what to visit in China with children
For traveling to China with children, it is recommended to choose seaside resorts. A warm climate and sandy beaches are perfect for a peaceful …
Read further
In Huanglong National Scenic Reserve (Eng. - "Yellow Dragon") is Sishendong Waterfall where, according to legend, ancient goddesses bathed. Waters cascade down to the foot of the mountain, falling into crystal-clear lakes. Around there are majestic mountains and coniferous forests. On one of the peaks, one can see the remains of an ancient Taoist temple. Local forests are home to rare species of animals: bamboo bear, takin, and others. Every June in this place is a big temple fair attracting people from near and far provinces, as well as tourists. 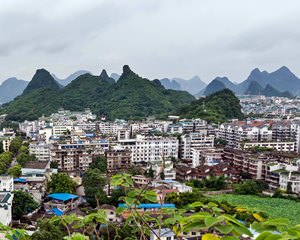 Zhangjiajie is a national park in which you can pass over the abyss along a glass bridge, ride a boat in the Dragon Cave, take an elevator to the sky, walk in picturesque places along Golden Whip Brook, and overcome 4 thousand steps to the Quingping Temple standing on the top of the mountain. The symbol of this park is huge salamanders that live in Lake Baofeng, which are difficult to see in the daytime. n the park you can walk on foot or travel by sightseeing buses that run around the reserve.
Shopping in China - best shopping places, what to buy?
Going to any country, tourists certainly want to bring home something that would convey the national flavor and cause pleasant associations. China …
Read further
The clearest lakes of China - Shudu, and Bita - can be found in the center of Potatso National Park surrounded by high mountains and thickets of rare plants. Jiuzhaigou is another Chinese nature park where you can see over a hundred lakes of completely different shades. This reserve is located in Sichuan, in the south-east of the country. Its name literally translates as "The Gorge of Nine Villages". Three valleys form the letter "Y" at their intersection. In this place, there is the magnificent Nozhilan Waterfall, which is more than 100 meters wide. The best time to come here is autumn when all shades of deciduous trees are reflected in clean waters of equally fantastic colors. 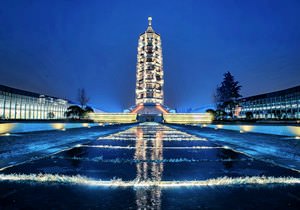 Another attraction of China is the Guilin Mountains rising along the Li Jiang River. These low peaks are known for their rounded shape and thickets of lianas and orchids. Under the influence of water and wind, mountains have formed for centuries, countless caves and grottos appeared. The valley's river is considered to be one of the cleanest in the world, therefore, when traveling on it, one can see everything hidden under water. Although this place is not a national reserve, it has become one of the main Chinese sights.

This article about nature and national parks of China is protected by the copyright law. You can re-use the content, but only under the condition of placement of an active link to www.orangesmile.com.
China guide chapters 1 2 3 4 5 6 7 8 9 10 11 12 13

Famous places and sights of China 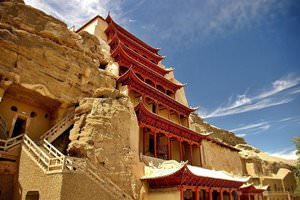 The cave temples of Mogao are one of the oldest Buddhist temples in China. They were built in the middle of the 4th century. The caves have existed for more than a thousand years. These temples are located in the eastern part of the Taklamakan desert. Caravans with silk passed here in ancient times. Buddhist preachers also traveled great distances through these roads along with merchants. Unique frescoes are considered the main value of ancient temples. The total area of the preserved drawings is about 42,000 square meters.

Artists used multi-colored glue paints for their work. They were applied directly to the dry ground. The walls and ceiling are completely covered with such frescoes in some of the caves of the complex. Many unique artifacts were discovered during the study of the … Read all 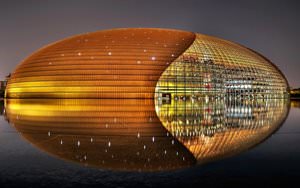 In Beijing, you can see a wonderful glass building that can be compared with a huge drop of water that has fallen on the earth. In this 200 000-square meter building has placed the National Center for Performing Arts. The corpus of this unusual building is made from titanium and the cupola is made from glass segments. The territory around the building has also a great decoration. There was made a huge artificial lake.

The unusual theatre has three halls with 6 500 seats. It was designed by French architect Paul Andreu. The theatre has been built for six years and was finished only in 2007. It is situated on the territory of the historical district and is surrounded by centuries-long buildings and monuments. The National Center for Performing Arts was built specially for the Olympic Games … Read all
All unique sightseeing China

Cultural sights in regions of China

Shanghai
One of the most unusual attractions is the Yuyuan Garden. It impresses with the variety of lovely plants and architectural attractions. It is situated not far from the colorful market. An amazing garden was founded in the 17th century, its territory gradually expanded. Then a lot of small markets and shops appeared. Today it is a major shopping district and a popular tourist destination. Here is the wonderful temple of the gods Chenghuang Miao – a classical religious building surrounded by … Read more

Beijing
Gugong Palace in Beijing is one more remarkable architectural structure besides the Great Wall. It was built in the beginning of the 15th century, and remained the residence of the Chinese rulers for many years. The palace is a large-scale architectural complex that consists of a main building and several auxiliary buildings. The territory of the palace also remained closed for a long time, so this sight had another interesting name - the Forbidden City. When it comes to describing the modern … Read more

Guangzhou
Tourists, who are fond of excursions, will find it incredibly interesting to attend the Qinping Market, the largest outdoor market in the city. Many travelers consider a walk in the market equal to a museum visit. Indeed, the diversity and uniqueness of items available for sale, including rare medicinal plants, make the market an absolutely one-of-a-kind place. There are more than 2,000 stalls in total at Qinping, and most of them offer truly unique goods. It’s the place where one can buy … Read more

Suzhou
A garden with the unusual name of The Lion Grove Garden is also sure to please both nature enthusiasts and connoisseurs of ancient architecture. The founder of this beautiful garden is the monk Tian Zhu, who built it in honor of his spiritual teacher. Much of the garden's design elements are made of stone. Its area also includes several beautiful rock formations and deep caves. Some rock formations resemble lions in their shape, which gave the garden such an original name. Be sure to visit … Read more

Shenzhen
One of the most unusual attractions of the city is Minsk World Military Theme Park including the former Soviet aircraft carrier "Minsk". One of the local companies bought it in 1998, and two years later it became part of the large park complex. Besides interesting theme parks, there is a huge number of interesting museums and cultural establishments in Shenzhen. Fans of ancient history would be interested in visiting Shenzhen Museum that keeps a rich collection of unique historical artifacts … Read more

Hangzhou
There is one more interesting nature landmark that is a must-visit place in Hangzhou - Feilai Feng Mount. The 209-meter tall mountain is an exceptionally interesting place not only from the natural but also from the historical point of view. There are caves with interesting rock drawings in the mountain. These drawings were made hundreds of years ago. In total, there are more than 500 images of Buddha and even stone statuettes in the caves. According to scientists, some of these drawings were … Read more

Xiamen
Connoisseurs of ancient architecture should certainly walk along the picturesque Jimei district. Here, you can see a lot of magnificent constructions built in style classical for the province of Fujian. The picturesque district of Jimei that is perfect for hiking is a place for interesting national holidays and cultural events. The Dragon Boat Festival is annually held here. Tours to Wulao Peak with a scenic panoramic view of the city are very popular with hiking fans. Here, you also can … Read more

Chengdu
One of the most unusual and most amazing attractions is Du Fu Cottage. The great Chinese poet had lived in Chengdu for a significant part of his life. The poet’s house is a small hut with a thatched roof that has miraculously survived to this day. At present, the hut is a location of a small museum dedicated to poet’s life and work. Here you can see an interesting collection of old books and papers. Of particular interest is a forest near the hut with more than 25 types of fruit trees and … Read more

China: Map of sightseeing in regions