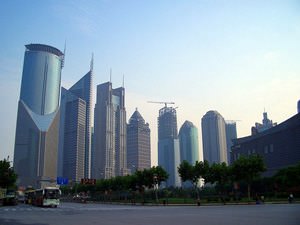 The number of fascinating attractions to explore is huge. So, Shanghai is one of the sure leaders of our planet. In the centre of the city there is People's Square - a starting point for many excursions. The major government agencies and cultural centers are concentrated next to the largest public square. It should be noticed that "square", an amazingly beautiful place, can be called only conditionally. Instead of the classic paved area, you can see the gorgeous park with plenty of interesting landscape decorations.
Shopping in Shanghai - main shopping streets, outlets and boutiques
Shanghai is great for shopping. There are many shopping centers here. You can find everything you need in them: from European brand clothing to Eastern traditional medicine. If you are …

. The building of it is an unusual architectural monument, it resembles a huge box. It was built in 1952. There was a racetrack long ago. Currently, the architectural complex was converted into a modern cultural centre. To accommodate a priceless exposition the Museum has 11 galleries. A separate gallery is reserved for the storage of ancient sculptures. The collection of ceramics and products of their beautiful blue porcelain are incredibly popular.
One of the most unusual attractions is the Yuyuan Garden

. It impresses with the variety of lovely plants and architectural attractions. It is situated not far from the colorful market. An amazing garden was founded in the 17th century, its territory gradually expanded. Then a lot of small markets and shops appeared. Today it is a major shopping district and a popular tourist destination. Copyright www.orangesmile.com
Top touristic routes around Shanghai: architectural sightseeing and landmarks
Discovering the architecture of Shanghai from bird's eye view! Oriental Pearl Tower, Shanghai Exhibition Center, Shanghai Tower, Shanghai World Financial Center, Shanghai Grand Theatre, all those monuments are defining the image of Shanghai …

Open
Here is the wonderful temple of the gods Chenghuang Miao

– a classical religious building surrounded by lovely landscaped gardens. The local market is perfect for exploring the culture and craft traditions of the indigenous population. Here you can buy a lot of interesting handmade souvenirs but also try classic national dishes in local restaurants. Daily the scenic district Yu Yuan is visited by about 200 000 people. 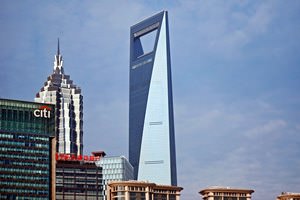 – another symbolic attraction of Shanghai - is worthy to pay attention to. The construction of the temple began in 1911 and had lasted for seven years. The main artefact of the temple is the Buddha statue made of rare white jade. The height of the statue is 2 meters. It was brought to Shanghai at the end of the 19th century by a monk from Burma. In addition to the unique statue, in the walls of the temple, there is a huge number of priceless artefacts, its luxurious design is just perfect.
Cultural vacation in Shanghai - fantastic architecture and monuments
Shanghai Museum, Jin Mao Tower, Science and Technology Museum, China Pavilion, as well as many others, they all become the world's cultural heritage objects and remain as iconic monuments for Shanghai …

. The height of the TV tower is 468 meters. It is the largest television tower in Asia. It is the third high tower in the world. For tourists there are several excellent viewpoints. Gourmets can visit the restaurant on one of the last floors, which offers excellent panoramic views of the city. On the first floor of the tower there is the historical museum. 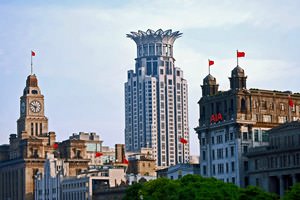 . According to one legend, the pagoda was built in 242, so it is the oldest building in the city. In 1979 there was a complete reconstruction of the religious monument. So, it continues to delight guests of the city and locals by its an impeccable appearance.

In the section below, you can get one of our excursion, activities or city discovery tours over Shanghai and surroundings. Our website offers 10-30% lower ticket prices, when compared to the offline purchase on the spot.

This guide to cultural sights Shanghai is protected by the copyright law. You can re-publish this content with mandatory attribution: direct and active hyperlink to www.orangesmile.com.
Shanghai - guide chapters 1 2 3 4 5 6 7 8 9 10 11

What to visit during two-day excursion in Shanghai

Art galleries in Shanghai and around
♥   Art museum 'Shanghai Art Museum' Shanghai, 1.7 km from the center. On the map

♥   Art museum 'Shanghai Museum' Shanghai, 1.8 km from the center. On the map

♥   Art museum 'Rockbund Art Museum' Shanghai, 3.5 km from the center. On the map

Cathedrals and basilicas near Shanghai
♥   Basilica of Our Lady Help of Christians, Sheshan 佘山, 29 km from the center. On the map

Photogallery of cultural heritage of Shanghai

Excursions over cultural sights of neighbours of Shanghai

Suzhou
Be sure to visit the beautiful Liu Yuan Garden, whose history dates back to the early Middle Ages. It is distinguished by a variety of well-groomed courtyards and terraces offering unforgettable panoramic views of the countryside and mountains. The garden is conventionally divided into several thematic zones: its eastern part is occupied by beautiful halls, while the northern ... Open »
Hangzhou
Fans of excursions will find it exciting to visit numerous cultural centers in Hangzhou, with Museum of Traditional Chinese Medicine being one of the most famous and widely visited. This museum is open in the building of an ancient former pharmacy. The architecture complex was expanded significantly, so nowadays there’s enough space to exhibit the large and incredibly ... Open »
Taipei
Sun Yat Sen Memorial Hall can also claim the title of one of the most spectacular architectural monuments of the city. It is dedicated to one of the most revered political figures of the state. The hall can simultaneously accommodate about 3,000 people. The memorial is striking with its harmonious look and impressive scale. One part of the architectural complex is reserved ... Open »
Nagasaki
As for Buddhist attractions, the most significant one is the Kofukuji Temple Complex. It was built in 1624 on the initiative of local merchants. At the beginning of the 17th century, they turned to the ruler of Nagasaki with a request to build a small temple where they could pray for safe travels across the sea. Over time, besides the temple, they built a Buddhist monastery, ... Open »
Xiamen
The most interesting and most attractive cultural center is university called Xiamen Daxue. One of the university buildings is the Museum of Anthropology. Its collections are quite multifaceted. The most interesting of them are a collection of old jade items and a rich collection of ancient coins. It will be interesting for admirers of paintings to visit this large museum. ... Open »
Seoul
The Palaces of the Joseon Dynasty remains one of the most popular historical landmarks of the capital. An extensive and incredibly amazing architectural complex consists of four palaces. The complex was built in the 15th century, and, nowadays, it is a location of several major museums. The gorgeous palace complex still has fragments of ancient fortifications and several ... Open »

Culture guide to Shanghai. Which fascinating sights to visit once you are in Shanghai: temples, churches, museums, theaters and castles. Recommendations (with addresses, phone numbers and links) on the places 'must visit' in Shanghai. Plan your own city excursion by using this page info!