National traditions of China. Habits, mentality and the way of living 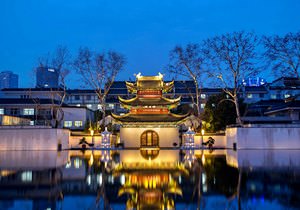 China is a country where the rapid development of industry goes hand in hand with centuries of history. The main national trait of the country's inhabitants is respect for traditions. China is a multinational state where different ethnic groups live. Each of them has its own customs and rituals: southerners and northerners have different characters. The South is inhabited by more open and friendly people, while people of the northern part are characterized by restrained manners and a closed nature. However, all Chinese are united by a commitment to ancient values.
What to see and what to visit in China with children
For traveling to China with children, it is recommended to choose seaside resorts. A warm climate and sandy beaches are perfect for a peaceful …
Read further
The most important value for every Chinese citizen is the family. It is considered not only a social unit but an important component of a person's social and personal life. Modern Chinese families are built according to the canons adopted back in ancient times. Respect and veneration of the older generation play an important role in it. The Chinese society is based on patriarchy: the husband is the head of the family. The birth of a boy is a big and happy event. Not long ago, sons were given names, which in English meant "Joy," "Happiness," or "Well-being". If a girl came into the world, she could be named "The Fifth Wheel" or "A Big Mistake". Although children do not get such exotic names today, the birth of a male child is more desirable.
Another tradition going back centuries is food. Chinese like good and tasty meals. Despite the fact that many traditional dishes have been adapted for foreign tourists, using a knife or a fork is still rare in China. Chopsticks are a national cutlery. Everything except for soups is eaten with the sticks. A separate layer of Chinese culture is a tea ceremony. Depending on the season, Chinese people drink green, black or floral tea. Tea drinking is an opportunity to spend time with loved ones, show respect for guests, tune in to a positive mood and find harmony. Copyright www.orangesmile.com
Shopping in China - best shopping places, what to buy?
Going to any country, tourists certainly want to bring home something that would convey the national flavor and cause pleasant associations. China …
Read further
People in China have a special attitude towards numbers. "Four" is considered unhappy since it is pronounced in a way similar to the word "Death". Tourists are rarely offered hotel rooms with "4" in their numbers. Another remarkable feature of Chinese is the reverent attitude towards their guests. White Europeans evoke heightened interest. He will be offered a free seat in the bus, even if he's a young man - that's how locals show their respect. Any refusal of food or drink will be perceived as ignorance, so the guest will need persistence and patience to refuse the offer. 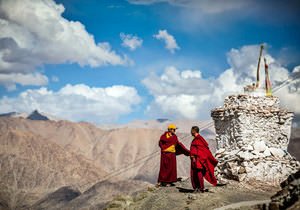 Despite the globalization, China strictly regulates the use of the World Wide Web. Facebook and YouTube are banned in the country, and Bing is more popular than Google. Messages in social networks are tracked and moderated manually. Friendship for Chinese people is a way to establish close and useful relationships. The word "friend" may sound from their mouths from the first minutes of acquaintance, which is quite unusual for Europeans. Chinese residents, especially in the southern part of the country, are always happy to make new friends, especially if they can benefit from this. Building friendships is an important part of the interaction in the Chinese society.
Top chic accommodation you can find in the country
The luxury hotels in China, deserving attention of the most discerning traveler.
Read further
An important component of Chinese etiquette is the hierarchy. In family and business, relationships are built on a vertical model. There is a whole list of rules and rituals for communicating with older and higher-status people. Honoring parents is an ancient tradition that has not changed over the years. In public relations, Chinese people appreciate the mutual respect and always show courtesy. The main traits of the locals also include hospitality, cordiality, and politeness, allowing to build harmonious relations with society.

This article about national traditions in China is protected by the copyright law. You can re-use the content, but only under the condition of placement of an active link to www.orangesmile.com.
China guide chapters 1 2 3 4 5 6 7 8 9 10 11 12 13

Cathedrals and basilicas in China
♥   Church of St. Francis Xavier, Shangchuan Island 上川岛. On the map

♥   Cathedral of the Immaculate Conception, Mid-levels 中環半山區. On the map

♥   Cathedral of St. Dominic, Fuzhou 福州. On the map

♥   Cathedral of the Immaculate Conception, Changsha 长沙. On the map

♥   Cathedral of St. Joseph, Chongqing 重庆. On the map

Castles of China
♥   Castle 'Qiang Castle' . On the map

♥   Castle 'Shanhaiguan Castle' . On the map

Famous sites of China in pictures

Unique traditions in cities of China

Shanghai
Touching is not accepted in Shanghai. Therefore, you should not hug or pat the Chinese on the shoulder or back. The Chinese are very respectful of the elderly. You will need to knock on any object and wave in your direction to call the person. This gesture is useful for you to call a waiter or taxi. Actively gesticulating is not accepted here. The people of Shanghai are quite restrained. It is also not customary to look directly into the eyes of the interlocutor. This is unusual but a man and … Read more

Beijing
The inhabitants of the city are very sensitive to the problem of education. Scientists and teachers are highly respected here, and bookstores are among most visited commercial facilities in the country. Native people also show rather relaxed attitude to the look and items in their wardrobes. A tourist wearing an extravagant outfit on a street of Beijing can cause jokes and public outrage, so it’s better to leave bright and sexy dresses for another occasion. Men here greet each other with only … Read more

Hangzhou
Travelers who plan to come to the city in the second half of September or early October should pay attention to the opportunity to visit the Mid-Autumn Festival. The scale of festivities on this day is only slightly inferior to the scale of solemn processions during the lunar New Year. All give each other round gingerbread mooncakes this day. They symbolize the moon and fertility. The Chinese prefer to spend the evening of Mid-Autumn Day with their families. They're admiring the moon. But they … Read more

Xiamen
In addition to money, fruits, and vegetables are also ritually burned. But this is not done for their transfer to ancestors, but as a sacrifice to the Earth God. It is customary to visit the graves of relatives and decorate them with green branches at this time. Locals remember the dead, and if possible go to nature. Thus they welcome the coming of spring and the triumph of life over death. Most citizens prefer to spend the day with family in Xiamen. Qingming day is a day off in all local … Read more

Chengdu
The China Food and Drinks Fair takes place in the city at the beginning of the third decade of April. It is sure to appeal to gourmets. The history of this event is quite long. The first exhibition was held back in 1919. The organizers pursue two goals at once. One of them is to introduce visitors to the many different traditional province dishes. Also, the city authorities are trying to help entrepreneurs in the field of public catering to develop their business. So, all the round tables and … Read more