National traditions of Bulgaria. Habits, mentality and the way of living 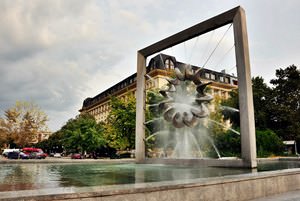 Bulgaria is a very popular tourist destination due to the cordiality and hospitality of the locals. Hospitable Bulgarians greet visitors of their country with special attention. Tourists feel incredibly comfortable in the country. Bulgaria is a Slavic country, a secular state with freedom of religion. More than 70 percent of the population professes Orthodoxy. This Orthodox Church affected the culture and customs of locals. The ancestors of the Bulgarians are the Thracians, an ancient flourishing civilization, and the Slavs, who, having mixed with the Thracian people created the modern population of Bulgaria.
National cuisine of Bulgaria - specialties, recipes and restaurants
Bulgarian cuisine is a huge variety of recipes using a wide range of products. The basis of the cuisine consists of dishes from fresh vegetables and …
Read further
One of the most interesting features of the Bulgarian mentality is the way of consent. If practically in the whole world (with the exception of a few countries) it is accepted to nod your head in agreement, then the Bulgarians, on the contrary, are confirmed by a turn of the head to the left and to the right. And, on the contrary, negation is accompanied by a nod of the head from top to bottom. Such an unusual feature causes difficulties in dealing with foreigners, but it's quite easy to get used to this manner. There is a legend about the reasons for this tradition. If you believe it, in ancient times, the Turks, forcing the Bulgarians to change their faith, put a knife to their throats - if the Bulgarian responded with consent to renounce Christianity, he was cut off by his throat. Therefore, the locals had to be a bit inventive and changed the system of gestures.
Bulgarians are incredibly responsive. They will never leave a person in trouble or a person simply asking for directions. The locals are rather calm and unhurried. In Bulgaria, it is not nice to find out affairs on the street, swear or loudly argue with strangers. On the roads of the country, all are extremely polite; they easily pass each other without creating dangerous precedents. Bulgarians do not seek to establish themselves at the expense of others, they are able to live and enjoy their nature, the beauty of their country and its resources, and therefore they are mostly calm. You can often hear how Bulgarians abuse the government or power. In large cities like Sofia, Plovdiv, Varna, Burgas, the rhythm of life is high while in small towns and villages, locals retain the traditional way of life. Copyright www.orangesmile.com
Bulgaria cultural sights. What to see?
Bulgaria is an ancient country on the territory of which in different epochs, reigned different empires. In Antiquity Bulgaria was part of the Roman …
Read further
Another characteristic feature of Bulgarians is that they are very fond of gossiping. Bulgarians are fairly simple people, they often say what they think, and among locals it's not wise to be cunning. At the same time, Bulgarians are suspicious of others, if something seems strange to them, they will necessarily inform about it and find out the reason. Locals tend to blame others for their failures. Usually they shift responsibilities to others; neighbors, the state or distant relatives. Bulgarians, although hardworking, are not always responsible or fulfill agreements. Among the negative features of the inhabitants of Bulgaria can be noted the desire to do something spiteful, to the more successful neighbor or colleague. At the same time, Bulgarians are truly sincere to strangers. 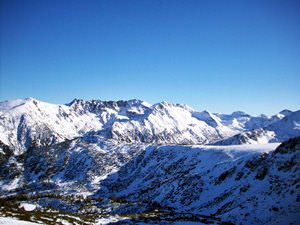 The head of the family in Bulgarian families is traditionally a man. To create a family in Bulgaria is with great responsibility; families are created for life. The wedding in this country is one of the most important events in the life of any person; it is an incredibly spectacular and colorful event. Engagement takes place after the bride gives consent to the wedding, she starts on the day after the matchmaking and is accompanied by noisy festivities, where all the negotiations are held regarding the date of the wedding and its features. Weddings are held on Sundays while Saturdays are devoted to the send-off of "single" life, men gather with their friends, girls with relatives and girlfriends.
Things to do in Bulgaria - active leisure
Bulgaria has a magnificent climate. The country is located on the Black Sea coast and is a popular place for a beach holiday. However, beaches are not …
Read further
Despite the fact that men are leaders in their families, many Bulgarians are rather immature and tend to shift important issues to their wives. Folk music is another important attribute of the life of the Bulgarians, songs are sung both on holidays and during funerals and woeful events. During the celebration of national holidays, women often dress up in national costumes; dark sundresses with hand embroidery, under which a white shirt is worn. Guests are greeted by Bulgarians with bread flavored with thyme, and red wine, which symbolizes the cordiality of this people and the wishes of health.

Cathedrals and basilicas in Bulgaria
♥   Катедрала Свети Лудвик, Plovdiv. On the map

Famous sites of Bulgaria in pictures

Unique traditions in cities of Bulgaria

Sofia
On the feast young people go for a walk along the streets in colorful costumes of animals; according to the tradition New Year outfits are decorated with survakari bells. It is believed that ringing bells attached to a belt helps to fight evil and bring good luck, so survakari are among the most popular New Year gifts. The celebration of 1st of March, the Feast of the arrival of spring, is beautiful and symbolic. This festival also has its own symbols - small ornaments of red and white … Read more

Golden Sands
Local people are very communicative. They can easily talk on different subjects and like talking in general. They are also distinguished by a somewhat relaxed temper that people from northern countries may mistake for lack of commitment. That said, locals are definitely not irresponsible. If they promise something, they will surely do that. Besides that, locals try not to make promises if they are not sure they can accomplish them. Friendliness and openness are also typical features of local … Read more

Varna
It's better to take into account some features when communicating with the locals. Everybody knows that the nod means denial while shaking the head from side to side is a gesture of consent here. But you will quickly get used for this, and after coming home you'll even find it confusing about why people agree with each other by the node. The natives are known for their superstition. Thus, they never allow a black cat (bad luck) to cross their path, and on Tuesday it is not customary to … Read more

Plovdiv
There is the forestry, game and fish farming trade fair for those who like to learn something new about hunting and fishing. Of course, part of the exhibition events is devoted to recreation in Bulgaria. However, presentations of novelties in hunting equipment and fair of hunting weapons and devices are also held here. If you are more interested in beauty novelties, it is worth visiting the International Exhibition of Hairdressing, Beauty, Make-Up, Perfumery, and Fashion. Do you love animals … Read more

Nessebar
All ethnic festivals and holidays are accompanied with music and dance concerts and performances. Traditionally all the participants of the bands and music folk groups are clad in bright ethnic costumes. The style of the festival costumes is considered to be inherited from the casual wear which the local wore for several centuries ago. Folk women suit is considered to be a woolen dress named “sukman” meanwhile men during fests and holidays wear tunic like white shirts and woolen trousers. … Read more

Burgas
When exploring the city on foot, it is often possible to see small papers with photographs and names of dead people. This is an old tradition in this region – local people tread their deceased relatives with great respect and keep them in their memory. It is prohibited to remove photographs of deceased relatives from house facades. Tourists should also keep in mind that they shouldn’t take pictures of these photographs. Politeness and frugality are among the most obvious traits of the … Read more