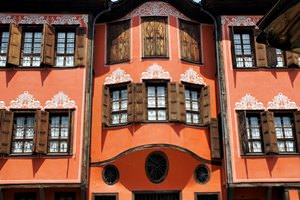 Bulgarian cuisine is a huge variety of recipes using a wide range of products. The basis of the cuisine consists of dishes from fresh vegetables and fruits, which are abundant in local farms and plantations. Also, Bulgarian chefs widely use different types of meat - lamb, pork, beef, and poultry. Often in recipes there are dishes from fish and seafood. The second dishes of the Bulgarian cuisine are distinguished by their high caloric content, they are rather dense due to the fact that all the ingredients are added simultaneously and stewed on low heat. In the Bulgarian cuisine you can meet a large selection of cold and hot soups. The cuisine is very popular in other countries of Eastern Europe.
What you need to know about Bulgaria prior to visit - advices
1. The national currency of Bulgaria is lev (lion) and a small change coin is a stotinka. Changing money in Bulgaria is best in banks. Before the …
Read further
Bulgarian cuisine has much in common with Greek and Turkish cuisines, a large number of dishes came into it from Armenian and Hungarian cultures. Separate dishes are prepared exclusively for the holidays - Christmas, St. Nicholas Day or New Year. Bulgaria is famous for a huge variety of fresh vegetables, including tomatoes, cucumbers, cabbage, zucchini, carrots, peppers. Sweet pepper in many countries is officially called "Bulgarian". The most popular snack in the country is the "lettuce salad", consisting of baked sweet peppers, onions, tomatoes and lots of greenery, especially cilantro. It is obligatory to add cheese to the salad; cheese is the favorite snack of locals.
Brynza is a pickle cheese, which is prepared from fresh cow, sheep, goat, sometimes buffalo milk. The finished cheese is stored in salt brine; it is extracted from it directly before use. Brynza is served on the table both as an independent snack, and as a part of vegetable salads. Popular among other snacks is shepherd salad, in which ham is added to vegetables, and sour-milk salad "snowball" with cucumbers. The most popular soup in Bulgarian cuisine is the "tarator". The soup is served cold. For its preparation, cucumber, walnuts, garlic, oil, spices are used. The broth is prepared on the basis of sour milk or liquid unsweetened yogurt. Different types of this soup are found in the kitchens of Turkey, Russia, and Albania. Copyright www.orangesmile.com
What to see and what to visit in Bulgaria with children
Bulgaria is a quiet and cozy place where you can spend an unforgettable family vacation. For recreation with children, you can choose any direction, …
Read further
Another famous Bulgarian soup - "chorba", is prepared on the basis of kvass with the addition of fresh vegetables. Among the second dishes "moussaka" is widely known, which many consider a Greek dish. "Moussaka" is prepared from aubergine, minced meat, potatoes and egg-cream filling. Ingredients are laid out in layers and cooked simultaneously on a slow fire, due to which the dish reaches the desired taste and consistency. A similar recipe has another dish - "gyuvech". For its preparation, meat is used instead of forcemeat. Another international dish in the Bulgarian cuisine is called "Sarmi", a stuffed cabbage wrapped in grape leaves. As stuffing minced meat from pork or beef can be used. The dish is found in the kitchens of Transcaucasia, Turkey, Greece. 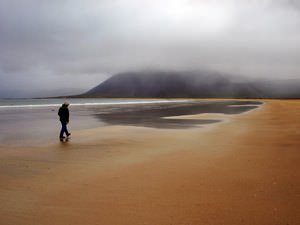 Bulgarians love meat very much. One of their most popular dishes is "kebab" - a kind of meat dish fried over an open fire. One of the most festive dishes is "chaverme", which is a lamb on a spit. The meat can be dried; lovers of this method of cooking must try "pastarma". In the Bulgarian cuisine there are several varieties of sausages, the most popular of them - "lukanka", has penetrated into other neighboring countries. It is a loin that is folded and pressed. Sausage is obtained flat, for its preparation in Bulgaria pork with the addition of beef is used.
Shopping in Bulgaria - best shopping places, what to buy?
Shopping in Bulgaria has certain specificity. All goods in the country can be divided into two categories: imported and local. Prices of imported …
Read further
Bulgarian cuisine is full of sweets and pies, which are also often served as snacks. A very popular snack is "banitsa", which is a pie with cheese, a reminiscent of the Georgian "khachapuri." The main Bulgarian desserts are baklava, halva and lukum. Baklava is a sweet pie with filling of nuts, raisins and honey. Halva is prepared on the basis of sugar with the addition of nuts and seeds. Lukum is of Turkish origin, and is made from sugar with the addition of starch and nuts. The main alcoholic beverage in Bulgaria is mastic, a local 47-degree vodka. Among non-alcoholic drinks, ayran is popular, which is a sour-milk drink, diluted with water.

Cuisine and restaurants in popular cities of Bulgaria

Sunny Beach
The Hawaii restaurant is situated on the picturesque beach. It is ready to offer visitors a large selection of meat meals, salads and treats prepared on the grill. In Hawaii visitors are warmly welcomed. Just look at the restaurant once, and the next time you can reckon on a free cocktail or dessert. A typical British restaurant is the Star Inn; it has won the recognition of customers due to high quality treats and welcoming atmosphere. Among specialties of the restaurant there are juicy … Read more

Sofia
One of the main features of the Lebed restaurant is a spacious and beautifully decorated hall, which offers panoramic views of the lake. Fans of Italian cuisine have to visit the Pastorant restaurant. Not only classic Italian food can be found in its menu, but also some unique signature dishes. A good glass of Italian wine would be a nice addition to the treat. The Lazy restaurant also features original decor and impeccable menu and serves a variety of culinary trends. The Vodenitzata … Read more

Golden Sands
The local gastronomic facilities will be also liked by fans of meat dishes. These guests are recommended to try the dish called Kyufte. The dish is cooked from minced meat that is roasted with lots of herbs and spices. Vegetarians will be more than delighted with the dish known as Sablja, which is a long skewer with a variety of vegetables threaded on it. Vegetables are cooked on a grill and the dish is served very originally - in a burning cognac. Every restaurant that specializes in cooking … Read more

Varna
Mr Baba restaurant is a very unusual establishment. It is located not far from South Beach. The restaurant is made inside a beautiful ship. As you can guess, Mr Baba specializes in cooking dishes made of seafood. Visitors are welcome to sit in comfortable cabins, and the deck of the ship is a perfect choice for the organization of celebrations. Fans of Indian cuisine restaurant should not forget to visit Tandori restaurant, which is distinguished not only by a great menu, but also by a high … Read more

Plovdiv
Vegetables are served as a separate dish, as well as in combination with fish, flour products and meat. An interesting fact is that slightly sour thickened milk, similar to curdled milk, is often added to desserts, salads, cold appetizers, and even first dishes. It is believed that such milk prolongs life, as well as yogurt which is favorite in Plovdiv. It is most often a component of soups. Cheeses are very popular among the locals. Some, like Sirene or soft cheese, is usually served with … Read more

Nessebar
Among specialities of the house travelers will find lamb chops grilled by restaurant cooks following special recipe. The restaurant guests may add delicious meat dishes with various vegetable accompaniments and a glass of excellent Bulgarian wine. The Alexander restaurant offers a great choice of popular European treats along with traditional dishes of Bulgarian cuisine. Among speciality food masterpieces of the eating house regular guests give preference to the roast trout. And the chef of the … Read more

Burgas
Fans of grilled food simply cannot fail to visit Beograd Serbian Grill. This charming restaurant specializes in Serbian food and has a large menu of grilled food. Chefs of the restaurant are equally skilled in cooking meat delicacies, stuffed fish, and various vegetable dishes. A glass of favorite wine will be a worthy addition to any food – the choice of beverages is no less amazing at Beograd Serbian Grill. When it comes to restaurants specializing in oriental cuisine, it is important … Read more