Family holidays with children in Bulgaria - attractions and entertainment 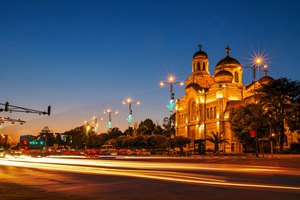 Bulgaria is a quiet and cozy place where you can spend an unforgettable family vacation. For recreation with children, you can choose any direction, but the most rational choice will be hotels near the spa resorts. This type of recreation will combine beach entertainment and wellness procedures. In Bulgaria, there are several large and fascinating aqua parks in which children can have fun and enjoy rest for a whole day. It is appealing to visit the zoo in Varna, look at the view in the dolphinarium and visit one of the amusement parks with a dizzying slide. Excursion part of children's vacation will also be incredibly rich because in Bulgaria there are numerous children's museums and exhibitions.
State construction and political life of Bulgaria
Bulgaria is a constitutional republic that has parliamentary administration. The country maintains a unified territorial integrity and pursues any …
Read further
One of the largest and most fascinating aqua parks in Bulgaria is the Aqua Paradise, in one of the oldest and most beautiful cities in the country, Nessebar. The total length of all slides is more than 3 thousand meters. Children and adults can ride on one of 40 attractions, swim in the huge pool or relax in one of the many cafes. After extreme descents it will be very pleasant to swim in the "lazy" river or unwind in the Jacuzzi. Safety in the aqua park is given special attention; because of bad weather some attractions can be closed. The amphitheater of the aqua park is full of colorful performances every day. The smallest person in the aqua park will not be bored either, for them several fascinating and safe attractions have been created, taking into accounts the age and specificity of the behavior of young children.
The largest aqua park in the country is Action, located in the Gold Coast, one of the most sought-after resorts in Bulgaria. In the park there are many fascinating themed rides, where children can go on an exciting journey, for example, "Ruins of sunken Atlantis" or the Water Palace, where a lot of emotions and discoveries await them. Another interesting place is Treasure Island, where, in spectacular and realistic scenery, you can go down from several slides and feel like real pirates. Daily animators give thematic performances on a special stage. Lifeguards are on duty at the entire perimeter of the aqua park. In total, more than 30 different slides and attractions await guests of this fascinating place. Copyright www.orangesmile.com
The soul of Bulgaria - religions and languages
The Bulgarian language is the officially recognized language in the Country. It is also included in the Constitution of the Country. To date, this is …
Read further
Aqua park “Aqua police” is characterized by a well-considered Moorish style, which makes it one of the most beautiful in all of Eastern Europe. It is located in the park zone of the Golden Sands resort and represents large-scale historical ruins and castles, among which there are various water attractions. One of the newest aqua parks in Bulgaria is Aqua Planet in the city of Primorsko. In addition to a huge complex of slides and attractions, this aqua park has ample opportunities for practicing different kinds of sports. Holidaymakers will be able to play tennis on several courts, arrange a match on a volleyball or basketball field, visit a modern fitness center, or look into the SPA-salon. 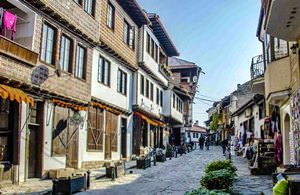 Varna offers a large number of options for organizing children's leisure. In this city you can visit "Festa Dolphinarium", a unique place where children and adults can visit the magic show of the most intelligent mammals. The shows are conducted in 4 languages and during the performances the dolphins demonstrate unique acrobatic tricks and even whistle songs. In Varna also, it is of significance to look into the children's towns, ideal for both the youngest and older children. On its territory there are 20 different attractions, among them the Ferris wheel, roller coaster, kart track. The rope park "Mowgli", where children can overcome different distances at an altitude of several meters, deserves separate attention.
Bulgaria economy - strengths, wealth and problems
Bulgaria is a sufficiently developed country in comparison with other countries. However, so far its economic condition does not allow it a leading …
Read further
In Varna, you can visit the zoo opened more than half a century ago. At the entrance to it, all small visitors are offered the opportunity to ride a pony. The zoo covers an area of 30 thousand square meters, and on its territory lives representatives of the most diverse corners of the globe. Sunny Beach offers tourists a large amusement park with a variety of attractions of any taste. Many slides are designed specifically for the youngest, which is the advantage of this park in the face of others. It is worthwhile to look into the Retro Museum in Varna, offering children acquaintance with the history of the 20th century and the socialist past of the country. An excursion to Ravadinovo Castle in Sozopol will become a real immersion in the middle ages. Within the walls of this castle children can feel like real knights.

Zoos and gardens in Bulgaria
♥   Zoo 'Lovech Zoo' Lovech. On the map

♥   Water park 'Kuban Resort and Aquapark' . On the map

Aquariums in Bulgaria
♥   Aquarium 'Varna Aquarium' . On the map

Top cities of Bulgaria for children

Varna
The city has a beautiful Dolphinarium, which will also be interesting to visit by the whole family. Every day, there are interesting programs with trained dolphins that skillfully jump through hoops and play with colored balls. At certain times, visitors to the center can swim in the pool with dolphins, and those who cannot swim will be offered a ride on an inflatable boat. A lot of impressions from visiting the Dolphinarium are guaranteed to young guests. No less interesting is the Zoo … Read more

Plovdiv
There is a place where the whole family should come on a hot summer day, perhaps more than once during a vacation in the city. This is Aqualand Water Park. It is located on the territory of the hotel of the same name. So if you plan not only to visit the local attractions but also to sunbathe and swim on vacation, then you can stay in this hotel. You will not have to pay for the entrance to the water park in this case. Visiting water slides and swimming pools will be included in the price. … Read more

Nessebar
Waterpark Aqua Paradise - this is what families should visit first of all while in the city. The complex is huge so everyone can find a slide to their taste or just try them all. There are slides of various difficulty levels, including several unique ones, available for riding depending on the growth of the child. Since this is the most popular water park in the region, it must be said that it is always full of visitors. The water park invites professional animators captivating small visitors … Read more

Burgas
Family holidays in Burgas should definitely be diversified by touring museums. Children will certainly like the Archaeological Museum of Burgas. A significant part of its visitors are tourists with children. The museum has an interesting collection of antique sculptures and artifacts, which were discovered during excavations in the immediate vicinity of Burgas. Here you can see a rich collection of clay jugs, unique products made of precious metals and even weapons that local people used … Read more

Map of Bulgaria cities for family trip with kids