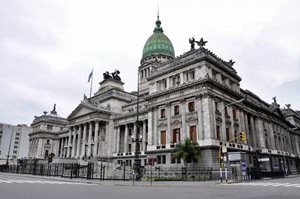 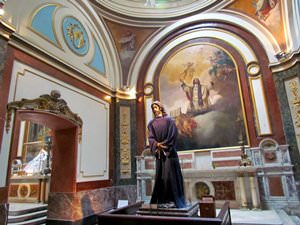 Facts:
» The Metropolitan Cathedral of Buenos Aires is the main Catholic church in Argentina built in Classicist style.
» Since the 16th century, the cathedral has been rebuilt many times. The precious statue of the 18th century, the altars, as well as a large amount of jewelry in the style of Neo-Renaissance and Neo-Baroque have survived at the cathedral.
» The Metropolitan Cathedral contains the tomb of the national hero of the Argentina, General Jose de San Martin.
» The tomb of Archbishop Leon Federico Aneyros is in the left wing of the building.
» The cathedral features 14 paintings by the Italian Francesco Domenigini depicting religious procession.
» The floor of the temple is decorated with Venetian mosaic, designed by Italian Carlo Morro in 1907. 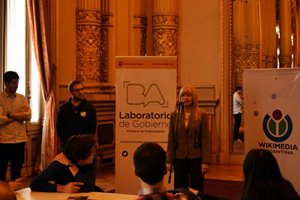 Facts:
» Teatro Colón is the main opera house in Buenos Aires.
» The theatre occupies the third place among the best opera houses in the world by the National Geographic, and in terms of acoustics, the theater is one of the five best concert venues in the world.
» Theater season lasts from May to December.
» There were many famous singers of the 20st century: Caruso, Gobbi, Del Monaco, Tebaldi and others at the theater.
»  Russian classic have always occupied a significant place in the repertoire of the theater. Boris Godunov and Demon, Eugene Onegin, Queen of Spades, Sadko and other operas are staged there. 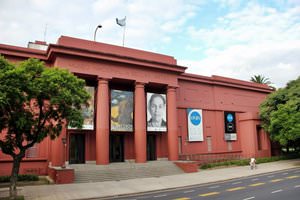 Facts:
» Museo Nacional de Bellas Artes would certainly attract art lovers. The museum exposition occupies 24 exhibition halls on three floors; the collection of the museum is considered one of the best in Latin America.
» Exhibition halls of the museum house works by El Greco, Goya, Rodin, Rembrandt, Picasso, Rubens and many others, as well as widely known Argentine artists.
» In total, the museum's collection includes over 12,000 works, but at the same time demonstrates no more than 700, so the exposition of the museum is constantly updated.
» You can also visit a specialized library at the museum, where more than 150,000 volumes of books on art are represented. 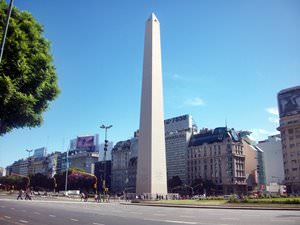 Facts:
» Obelisco is the national historic landmark and the hallmark of Buenos Aires.
» Obelisco was erected in May 1936 in honor of the fourth centenary of the founding of the city.
» The obelisk is 67 meters high, and its base occupies 49 square meters.
» The obelisk designed by architect Alberto Prebisch was built in just 4 weeks.
» Obelisco is one of the most iconic places in the city and the venue of many cultural events. Traditionally sports fans come there to celebrate the victory of their favorite team.

Facts: » The Museum of Decorative Arts was created in 1937.
» The museum houses twelve exhibition halls and nine permanent collections with more than 4,000 exhibits.
» The museum can boast famous paintings, sculptures, numerous Chinese vases, tapestries, porcelain, and furniture of the 18th century.
» The collection is also complemented by temporary exhibitions.
» The museum holds regular choral concerts.

Facts: » The King Fahd Mosque is the Argentinian center of Islamic culture situated in Buenos Aires.
» King Fahd Mosque is the largest Islamic religious building in Latin America, after the mosque in Caracas.
» The center was named in honor of Saudi Arabia's King Fahd bin Abdul Aziz Al Saud.
» Islamic Cultural Center was opened in 2000. It was designed by architect Zuhair Faiz from Saudi Arabia.
» The mosque includes prayer halls with a capacity of 1,200 men and 400 women.

Facts: » Abasto Shopping Center is one of the biggest shopping centers in Buenos Aires.
» From 1893 to 1894 the building has been the center of the wholesale trade in fruits and vegetables in the city.
» Since 1999, the building was transformed into the largest shopping center.
» Currently, the mall consists of 174 stores.
» Such brands as Lacoste, Adidas, Nike, Yves Saint Laurent, Christian Dior, New Man, and many others are represented in the mall.

Build your walking routes in Buenos Aires on the landmark map

Architectural landmarks in the regions around Buenos Aires

Santiago
La Moneda Palace is the official residence of the President of Chile. La Moneda is literally translated as “coin” from Spain. The name is associated with the initial function of the building. There had been a mint before. The construction started to serve as a presidential residence only in 1846. The palace opened its doors to tourists in 2003. Today, you can admire the luxury interior of the palace and incredibly beautiful courtyards. ... Open »
Sao Paulo
The Sao Paulo Cathedral is the Catholic cathedral of Sao Paulo, one of the largest neo-Gothic churches in the world. The history of the cathedral dates back to 1589, when it was decided to build the main church of the colony in the small village of Sao Paulo. Construction of the present cathedral began in 1913 and lasted for almost half a century; the cathedral was consecrated in 1954. Towers were finished only in 1967. That’s the largest ... Open »
Rio de Janeiro
Christ the Redeemer statue in Rio de Janeiro is one of the most famous and popular monuments in the world. It even was chosen to be one of the New Seven Wonders of the World in 2007. The Christ statue sits atop Corcovado Mountain in Rio de Janeiro; that’s the symbol of Rio de Janeiro and Brazil as a whole. The height of the statue with pedestal is 38 meters, and arm span is 28 meters. Being the highest point of the county, the statue becomes ... Open »
Lima
The Cathedral of Lima is a very picturesque building decorated with statues and stone elements. The cathedral looks very spectacular at night when it is illuminated from all angles. Francisco Pizarro, a Spanish conquistador and founder of the city, started the construction of the first Catholic church in 1535. Over the centuries, it had been destroyed by earthquakes and rebuilt many times. That is why the exterior of the church combines different ... Open »
Cape Town
Cape Town Hall - a large majestic building of European architecture. It was built by European architects Henry Austin Reed and Frederick George Green. Their project won at the specially organized contest. The building material (a honey-colored stone), from which the town hall is built, was brought directly from England. They finished the construction of the building in 1905. The organ, installed in the Town Hall, is considered as the pearl of ... Open »
OrangeSmile.com - online travel reservation expert providing reliable car rental and hotel booking services. We feature more than 25.000 destinations with 12.000 rental offices and 200.000 hotels worldwide.
Secure Server