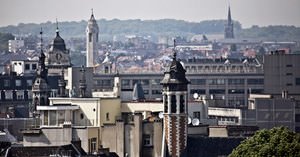 In Brussels, there are more than a hundred shopping streets with interesting shops on each of them. Among the most popular is Neuve Street. It is here, that the wealthiest travellers go shopping. Here, are some exclusive designer boutiques, where they sell readymade and custom-made designer clothes. For those, who are not accustomed to spending huge sums on clothes, there are several perfect stores on this street. Among the latter, trading pavilions Mexx, Benetton, H&M, Woman's Secret Zara, Diesel and New Look are worth mentioning.
Guide to Brussels sightseeing - things to see and to visit
If you come to Brussels, it may simply turn out that you will physically have not enough time for visiting all the sights, monuments and historical buildings of this city. Atomium is known …

Open
To buy elite clothes and accessories, you should go to Louise Avenue. Here, are boutiques of Louis Vuitton, Tommy Hilfiger, Chanel, Hermes, Gucci, Christian Dior and Cartier world famous brands. The main customers of local shops are tourists, so it's not surprising that prices here are slightly over the top. But buyers can always expect to high quality clothes, perfumes and jewelry.
Among the most attractive and unusual shopping complexes of the city is the Royal Galleries of St. Hubert. This shopping arcade occupies a complex of beautiful historical buildings. A huge area of the complex is covered by a single glass roof. This shopping center is the largest in the city. Besides the stores, there are several restaurants and cafes, confectioneries, as well as a fascinating musical theater. The variety of goods presented in the shopping center is also striking. It sells clothes and footwear of world famous brands, cosmetics and perfumery, jewelry and household goods and very cute souvenirs in national style. Copyright www.orangesmile.com
Family holidays with kids in Brussels. How to entertain your child, things to show to children.
In Brussels, there are many prospects for an unforgettable holiday with children. Upon arrival, many travellers prefer to visit Brussels Aquarium. This is a place, where they will be able to …

Open
Travellers who want to bring from their trip stylish designer things, should go to Rue Antoine-Dansaer. On this street boutiques of famous Belgian designers, in which buyers are offered trendy things for every taste, are concentrated. An important attractive feature of these designer stores are affordable prices. They are much lower than in many popular designer stores in Europe. Designer clothes presented in this district are very popular with world celebrities. Royal families order tailoring here, for example. 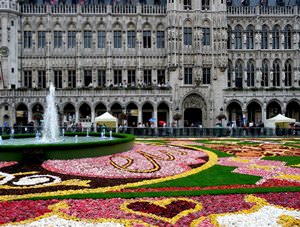 In Brussels, run several wonderful antique markets, a walk through them will also give you a lot of impressions. In the city you will also find a world famous Place du Grand Sablon market, which is the largest antique market, not only in Belgium, but also in Europe. A variety of antiquities that can be seen here is amazing. Ancient candlesticks, pieces of furniture, great paintings and statuettes, vintage jewelry and accessories for house are just a part of the stuff presented here. Among such a huge choice of antiques, experienced collectors find many rare items.
Cuisine of Brussels for gourmet with top restaurants and cafe
Brussels cuisine can satisfy even most demanding gourmets and those people, who like to order something "simpler". Almost every restaurant offers its guests to try their special dishes made …

Open
A walk through the largest in the city Chatelain food market, which is located on the square with the same name, near the South Station, will turn out to be a particular event. This market sells the freshest products from all regions of the country. Lovers of eco-friendly dairy and meat products will especially love it here. In several tents popular street food and sweets are sold. This market is a popular local and tourist walking destination. In Brussels, walking along historical shopping streets and popular markets can turn into an exciting excursion.

Shopping streets in Brussels
♥   Shopping area ' Rue Neuve' Brussels, 1.1 km from the center. On the map

♥   Shopping area ' Avenue Louise/Louizalaan' Brussels, 2.2 km from the center. On the map

Designer outlets in Brussels and nearby
♥   Outlet 'Rosada Fashion Outlet' Rosada 70, Roosendaal, 4703, Netherlands, 76.7 km from Brussels. On the map 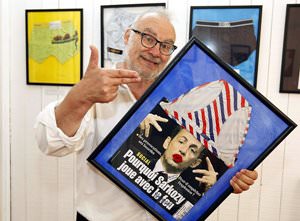 Distance from Brussels center - 1.3 km.
This important fact is confirmed by the special certificates, which can be seen alongside all the pieces of the original collection. The original collection of the Brussels Museum is not so extensive, it contains only a few dozens of exhibits presented in the only exhibition hall. The founder and owner of the extravagant museum is the Belgian painter Jan Bucquoy. For this reason, the exposition not only covers the small pieces, but also the unique art objects. … Read further

Dinner In The Sky 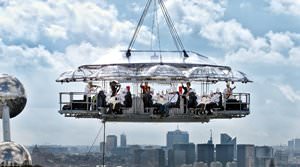 Distance from Brussels center - 4 km.
The original restaurants, where you can dine in heaven, was opened in 2006 and has been incredibly popular since the first days. At the moment there are similar restaurants in the other European cities, but Belgian dinner in the Sky remains the most popular and famous among them. … Read further 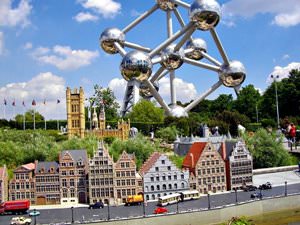 Distance from Brussels center - 5.7 km.
The park was opened in 1989. Today its area is about 24000 square meters. On this extensive territory the most important sights of 27 European countries were presented. Here, you can see the Arc de Triomphe, the Basilica of Sacre-Coeur, and the Acropolis. You can also be photographed against the backdrop of the miniature Eiffel Tower and the Maestranza arena. … Read further

Shopping advices for the whole region around Brussels

Mechelen
One of the most unusual clothing stores in town is Biba located near the main city square. It offers both men's and women's clothing, as well as a large section with children's clothes. The main attractive feature of Biba is low prices. Most of the garments presented cost customers no more than 10 euros. This will be enough for ladies to choose beautiful blouses, as well as ... Open »
Leuven
In Leuven, shopping fans will have a chance to explore not only interesting stores but also colorful markets. Near the Cathedral on Smoldersplein Street, you'll find a wonderful flea market where you can buy a lot of interesting home accessories, antiques, and souvenirs. They sell beautiful candlesticks and figurines, rare old books and magazine covers, as well as very cute ... Open »
Antwerpen
Shopping in Antwerp can be an unforgettable adventure. Popular shops and shopping centers are located very close to outstanding historical monuments, so a shopping trip always resembles an exciting excursion. Meir Street is especially popular with shopping enthusiasts. It is a series of beautiful buildings of 18 - 19 centuries. Nowadays, high-end fashion boutiques and designer ... Open »
Gent
Ghent is endowed with original shops that will interest even sophisticated shopaholics. In search of original things and ornaments, one should go to the traditional Friday Market, located on the city's central square. Here, a huge number of incredible things, from vintage jewelry and accessories, to exclusive items of utensils and invaluable collectibles are sold. Many people ... Open »
Namur
In search of new outfits, ladies should check out Eros store. It sells modern and diverse clothing, which is distinguished by high quality and, most importantly, optimal prices. Wonderful summer tops will cost you about 6 euros, and for 35 euros, you can pick up a fashionable denim jacket. The store's collection is largely aimed at ladies who prefer fashionable and practical ... Open »
Breda
Ginnekenweg is one of the main shopping streets of Breda. It is difficult to imagine a category of shops that could not be found here. The busy street houses several popular clothing stores, lovely bookshops with original souvenirs for tourists. There are some nice antique shops, as well as art galleries and craft workshops, where local craftsmen produce their unique ... Open »

Shopping advices for Brussels. The best spots for buying designer clothes and local delicacies from Belgium - shops, galleries, boutiques and outlets. We provide you with the shopping streets map, so you can plan your efficient shopping routes, while hunting for authentic souvenirs, goods, drinks, shoes and clothes in Brussels.