Active vacation in Yemen - things to do, entertainment and nightlife 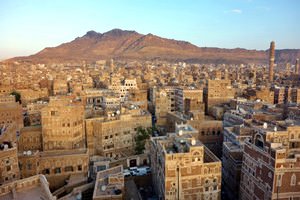 Yemen is not a famous destination for modern travelers, but active recreation enthusiasts will find many interesting entertainments in it. First of all, it is important to mention that Yemen is a Muslim country and nightlife is not developed here. In order to enjoy nighttime entertainment, it is better to visit some other country. Searching for alcohol is useless as well – Yemen banned the sale of alcoholic drinks even in duty-free zones in airports. Many local people chew Khat leaves that have a mild narcotic effect. As it is believed that these leaves do not cause addiction, Khat is not considered a drug in Yemen.
National cuisine of Yemen - specialties, recipes and restaurants
Yemeni cuisine attracts even experienced gourmets with its inimitable flavors, wild colors, and authenticity of genuine local dishes cooked by chefs …
Read further
Of course, tourism in Yemen is still emerging and has yet to develop, but there are already two main types of activities that attract foreign tourists from different countries of the world. These are extreme tourism and sightseeing. Natural conditions and not very developed tourist infrastructure make extreme tourism in the country really exciting and even thrilling. When it comes to historic landmarks, Yemen is one of the richest countries in the world in this regard. Arabs in Yemen became Muslims when Prophet Mohammad was still alive. Here, in the city of Marib, lived famous biblical Queen of Sheba. Even the modern capital of Yemen, Sana’a, was founded by Shem, a son of Noah, the builder of the Ark. Old traditions are still strong in Yemen, and the country’s life in the 21st century is not much different from the life of medieval Yemen. For a modern European tourist, such a vacation can be time travel. A small number of factories contributes to the clean environment of the region.
Centuries ago, Yemenis were already building high-rise houses. These were literally skyscrapers of the ancient epoch, and no one in the world was doing the same yet. The ancient city of Shibam is a fabulous example. The whole city in the middle of a desert consists of hundreds of multistory buildings that have eight or more floors. These houses were built centuries ago. The architecture of Sana’a, especially in the historic center of Bab Al Yemen, is also a high-rise one. Every house owner built his house depending on own preferences and projects. As the family was growing, its members were adding one more floor to the building, then they added another floor and so on. That is why there are so many old buildings in the city and there are almost no one-story houses. The building process simply never ends here – tourists will notice reinforcements on roofs that make it possible to add another floor. Colorful stained-glass windows have become widespread in the city, and there are no two windows with the same design. In the evening, when local people turn the lights on in their houses, whole Sana’a becomes marvelously illuminated. Copyright www.orangesmile.com
National traditions and mentality of people in Yemen
It is hard to call Yemen an ideal destination for tourism, but this country has a great number of historic landmarks of the international level. Many …
Read further
It would be a mistake to forget to mention Socotra Island. It has rich vegetation compared to the desert terrain of the Yemen part of the Arabian Peninsula. There are many interesting caves in Socotra. Inexperienced tourists are usually amazed to see giant aloe and groves of bottle trees. It is also possible to see the dragon tree that has not only an unusual look but also extracts red tar with healing properties. Tourists can book an excursion to the island that includes several nights in a camping hotel. As a rule, local guides are young men with their own off-roader vehicles. In these excursions, the guide is a driver, a person who knows many local legends and interesting facts, a guard, and even a cook. Shuab Bay is a great destination for fans of windsurfing, surfing, and scuba diving. The latter will be very excited to explore the sunken ship named Sunrise. Almost all types of water sports are available to tourists here. Shuab is also a suitable destination for passive beach recreation because the coastline is covered with white sand and the seawater has a pleasant turquoise color. 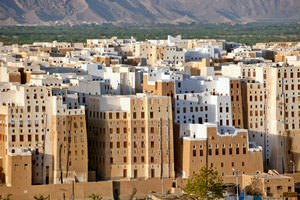 Yemenis love football no less than Europeans. The country’s football team is a member of FIFA. Many teenagers in Yemen enjoy playing football. Cycling is also popular. Yemen is a country of mountains and deserts, so rocks of all shapes and sizes never cease to attract numerous alpinists. The Sarawat Mountains are the most popular destination for fans of this group. If compared to the tallest mountains in the world, mountains in Yemen are not very big – from 2,000 m to 3,666 m (Jabal An-Nabī Shuʿayb Mountain). However, the mountains in Yemen are the tallest in the Arabian Peninsula. Travelers can make an interesting hiking tour from the town of Manakhah to the Haraz Mountains. The route can cross several Ismaili villages that are built in the mountains and look more like impenetrable fortresses with tall walls. Hutayb is one of these villages. It is not that easy to reach it, however, the journey is worth the effort. When you reach the top, an absolutely breathtaking picture will be a reward. There is a simple reason why villages appeared high in the mountains and not in the valley. This way it was easier to protect the village from invaders. Small villages in Yemen are traditionally located on hills, cliffs or in the mountains. As it is hard to find big areas among rocks, such villages are usually small and buildings have several floors. There can be a single-floor mosque, but single-floor residential buildings almost do not exist.

This article about active leaisure, entertainment, recreation and attractions in Yemen is protected by the copyright law. You can re-use the content, but only under the condition of placement of an active link to www.orangesmile.com.
Yemen guide chapters 1 2 3 4 5 6 7 8 9 10 11
Country maps