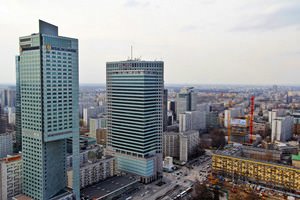 The friendliness and good nature of the locals never ceases to surprise people arriving in Warsaw. They will gladly help everyone who really needs it. A traditional greeting is a handshake. It is quite easy to get in good with a native - it is enough to say a couple of phrases in Polish. Then you can continue in international English - these two phrases have already done their part. It's better to politely address women as "Pani" (Mrs.) and men as "Pan" (Mr.). Also, local residents are famous for the ability to lay rich tables, and therefore, if a traveler is invited to a dinner, you can be sure that one will not stay hungry.
Excursion over cultural sights of Warsaw - 'must visit' points of interest
You will need more than one day full of sightseeing if you want to see all the sights of Warsaw. Beautiful old castles and churches, interesting museums and galleries are visited by …

Open
The main value in the life of every Pole is the family. They take marriage very seriously and only marry when they are completely ready and sure that it will last at least a long time. All this is to avoid such an unpleasant process as divorcing. The number of which, by the way, is very small in comparison with other countries. Try to avoid such topics as politics and religion. The fact is that the local population is famous for its special religiosity, and Catholic holidays are really widely celebrated here. When it comes to politics, almost every Warsaw resident will say that those who are currently in power do things in a wrong way. Even if the politician acts as he/she promised and the given Pole voted for him in the elections.
Local dishes are extraordinarily hearty, lovers of good meals will be delighted with visiting the capital of Poland. The most common products are meat and cabbage. When traveling around Warsaw, you should definitely try such local delicacies as golabki (stuffed cabbage rolls with minced meat), bigos (stewed cabbage with meat), flaki (soup on meat broth with vegetables), szarlotka (apple pie), kapusta kiszona. Well, how many legends go about Zubrowka (special vodka on herbs)! So do not deny yourself the pleasure of trying the original alcoholic beverage. It should be noted that another popular Warsaw drink is beer. Copyright www.orangesmile.com
Your active city break in Warsaw. Attractions, recreation and entertainment - best places to spend your day and night here
When you get a bit tired of walks to historical attractions and museums, it’s the best time to visit numerous entertainment venues and shops of the city. Warsaw Zoo is located right at …

Open
Festivals taking place in the capital of Poland definitely deserve attention. Thus, one of the most popular musical events in the country's festival year is Orange Warsaw - the international festival that gathers hundreds of fans of quality music - from rock to electronic music - all in one place. The festival is scheduled for the early June, opening a summer season of fun and good mood. It's enough just to see the headliners' names to get the desire to attend it. And, of course, to have plenty of fun in the arena of PGE Narodowy or Tor wyścigów konnych Służewiec (it is recommended to clarify the venue for the event before the trip). 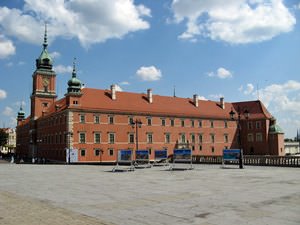 Severe hard music is equally popular here. This is evidenced by holding such an event as Helicon Metal Festival at the beginning of September. VooDoo Club liked by youth serves as the venue. You can listen to metal of different directions, and the purpose of the festival is that fans of this kind of music can discover its new facets and, of course, new musicians on the Polish stage. However, there are also bands from other countries. In the middle of July, there is another festival - Sonisphere, dedicated to hard rock, and no-names among its headliners are extremely rare. It is traditionally held at PGE Narodowy Stadium.
Advices to travellers: what you should know while being in Warsaw
1. Savvy travelers should pay attention to hotels that are located away from the center of the city. They differ not only by very reasonable prices, but also by their fairly modest …

Open
There is also a kind of Oktoberfest - a festival dedicated to the divine foamy drink taking place in Warsaw in late May. This is Warszawski Festiwal Piwa - one of the largest events of this kind in the whole of Eastern Europe. The venue of the grand beer event is Stadion Miejski Legii Warszawa im. Marszałka J. Piłsudskiego. During this time, all the media attention, including popular Polish bloggers, is attracted to this significant event. Both local and foreign breweries present their exclusive production here. 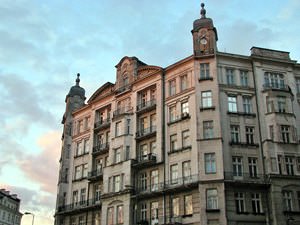 The open space on Rynek Starego Miasta becomes a stage for one of the country's biggest jazz festivals for 2 months. We're talking about Jazz Na Starówce festival popular among people of all ages. The mass character speaks about its popularity - thus, more than 4,000 people from all over Poland visit it every year Another music festival with the name of Co Jest Grane 24 is held in the middle of June. The festival taking place in Centrum Sztuki Współczesnej Zamek Ujazdowski lasts for two days, during which visitors have the unique opportunity to listen to quality pop music, admire works of art, theatrical performances, and a rich cultural program. The family atmosphere and the right mood are something the festival is famous for.
Extraordinary weekend in Warsaw - unusual places, services and attractions for travel gourmet
Many fans of unusual vacations find Warsaw absolutely boring and uninteresting, leaving a lot of amazing sights and interesting places to visit out of attention. Even such a landmark as the …

Open
For the whole summer (and even more) Łazienki Królewskie beginning in mid-May and ending at the end of September becomes the scene for a festival dedicated to Chopin. Every Sunday you can just walk around the park or enjoy quality classical music. And it must be said, this is sure to impress anyone - even those who think that symphonic music is boring and gray. Beethoven is also revered here, which is evidenced by Wielkanocny Festiwal Ludwiga van Beethovena coinciding with Easter and lasting two more weeks after the holiday. During this time, you can hear works of the great composer along with the music by equally interesting classical authors. And you can do this in Filharmonia Narodowa. 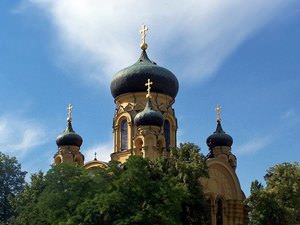 A useful lifehack for art connoisseurs - some museums in the capital of Poland are open to the public for free of charge every Thursday. These are such museums as Państwowe Muzeum Etnograficzne, Muzeum Historii Żydów Polskich, Muzeum Pałacu Króla Jana III w Wilanowie, as well as Muzeum Niepodległości. All wishing to get to know Jewish culture better (and the Jewish diaspora in Warsaw is very powerful) should think about attending Festiwalu Warszawa Singera. It is very multifaceted, at this time (namely, in late August and early September), representatives of Jewish nationality demonstrate all their skills - in dancing, singing, cooking, art. Several locations in the city serve as the primary venues.

This guide to traditions and festivals in Warsaw is protected by the copyright law. You can re-publish this content with mandatory attribution: direct and active hyperlink to www.orangesmile.com.
Warsaw - guide chapters 1 2 3 4 5 6 7 8 9 10 11 12 13 14 15

Cathedrals and basilicas near Warsaw
♥   Katedra Polowa Wojska Polskiego, Warszawa, 0.5 km from the center. On the map

♥   Bazylika Archikatedralna św. Jana Chrzciciela, Warszawa, 0.9 km from the center. On the map

♥   Bazylika Zwiastowania NMP, Czerwińsk nad Wisłą, 49.6 km from the center. On the map 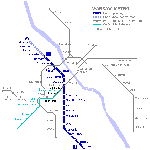 Colors of Warsaw in photos

Traditions and festivals in cities around Warsaw

Lodz
On Christmas, various festive programs are also organized on city streets and squares, and anyone can participate in most of them. Festive illumination gives a special charm to the city during this period. Among the Christmas traditions, there are quite unusual ones too. A mandatory attribute of the holiday is a family feast. A little straw is always put under the tablecloth. ... Open »
Lublin
Craft workshops, some of which were opened several centuries ago, continue to operate in Lublin's heritage district. You can visit them outside the framework of holidays. Local artisans often organize exhibitions and open master classes for all comers. Like many years ago, the Jagiellonian Fair attracts merchants and artisans from various countries. It is attended by guests ... Open »
Bialystok
Folk, electronic, and alternative music are the main genres at Halfway Festival. The event takes place in a unique venue – the amphitheater at Podlasie Opera and Philharmonic Art Centre. The scene is very close to the audience, so attendees will be able to see their favorite musicians in detail. Up To Date Festival is one more must-visit event for all music fans. It covers ... Open »
Krakow
During a year a huge number of festivals and important cultural events take place in Krakow. These events attract travelers from all over the world. So, on April is conducted the Festival of student songs - one of the most anticipated and funny events for youth. The festival entitled "Music in Old Krakow", which is usually held in late August, also attracts music lovers. Fans ... Open »
Kaliningrad
Beautiful traditions are associated with the wedding ceremony. The newlyweds must necessarily walk around the arms locked, on one of two bridges - the Jubilee or the Honey. Here, the newlyweds must hang the padlock, and the keys to it should be thrown into the river. Kaliningrad is a large seaport, and therefore the sea plays a very important role in the life of the ... Open »
Gdansk
Fans of theater art should not forget to visit Gdansk in July, when the city hosts the festival of street theaters. The main celebration takes place on the streets of the Old Town. For the purpose of the festival here are set stages, which are used for performances of theater groups. In accordance with an old tradition, the festival is accompanied by numerous funny fairs and ... Open »

Cityguide on traditions, mentality and lifestyle of people in Warsaw. Learn the best periods to visit Warsaw to discover its soul - authentic festivals, events and celebrations. We will also reveal the interesting habits, attitude towards the world and to tourists in Warsaw.