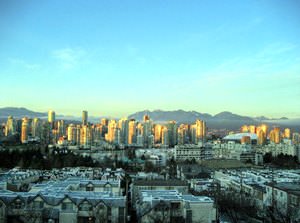 Vancouver is a city with wonderful and friendly atmosphere. Many associate this city with luxury hotels and restaurants. Because of the huge number of movies filmed in its territory the city is often called "North Hollywood". Numerous exciting celebrations and festivals are the true pride of Vancouver. No need to say that they are always visited by many foreign tourists.
Cuisine of Vancouver for gourmet with top restaurants and cafe
Vancouver is a wonderful place where you can find attractive restaurants and cafés literally everywhere. In order not to get lost in huge choice of dining facilities, tourists are …

Open
Early August is the time for a huge fireworks show known as Celebration of Light. The show traditionally attracts teams from different countries. English Bay is chosen as a traditional venue for the celebration. During the festival the territory of the bay is occupied by special outlets and stages for visitors and participants. Every night thousands of missiles explode in the sky accompanied by the sound of magnificent symphonic melodies. Beautiful fiery buds blossom together with matching tunes. The preparation for the international festival usually takes a whole year, so each festival has its own special theme and is accompanied by numerous exciting recreational activities.
Music fans are traditionally attracted by music festival Bard on the Beach. For several days the main beach of the city turns into a concert stage, which attracts many famous and talented writers. Festival of Chinese Dragon Boats is, probably, the most original celebration. In addition to a colorful parade of boats the day of the celebration is the time for numerous interesting fairs, performances for children and music concerts. Once the parade is over, starts the most exciting part of the holiday – a boat race. Every year many people come just to watch this unusual sporting event. Copyright www.orangesmile.com
Excursion over cultural sights of Vancouver - 'must visit' points of interest
When it comes to describing unique attractions of Vancouver, we simply cannot fail to mention beautiful bridges. There are more than twenty bridges in the city in total. Lions Gate Bridge …

Open
Because of such a huge number of numerous festivals and sporting events of international level the local people are very friendly and hospitable to foreign tourists. Vacationers can always count on help of local residents. During festivals and celebrations all ethnic boundaries and disappear, and the city is immersed in the atmosphere of extravaganza and joy. 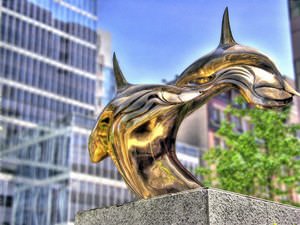 Since Vancouver is traditionally among the top best cities for life, it is often called the "City of Dreams". And local residents are lucky enough to live in such a fantastic place. But they all have a certain modesty, shyly responding to their city's praise like "Yes, of course". But in the heart, they are absolutely sure that their hometown is the best in the world. The locals are known for their hospitality, respectful attitude to others, politeness and courtesy. They are nice to deal with - both in business and personal matters. In addition, the local people are rarely late for meetings, and if they are late, they feel very uncomfortable and sincerely apologize. Among the taboos worth mentioning are politics and religion.
Your active city break in Vancouver. Attractions, recreation and entertainment - best places to spend your day and night here
Besides exploring beautiful parks of the city and visiting local places of interest, Vancouver is full of many interesting attractions. The city is distinguished by a wide choice of …

Open
But they like to have fun in the City of Dreams. This is confirmed by many festivals taking place here. The most popular one is the International Jazz Festival that usually falls at the end of June. And the fact that over 500,000 fans of this music genre visit the city for its sake says a lot. For example, that a really rich program is prepared for the audience, and among the headliners are the most famous and talented jazz and blues musicians, as well as bands playing Latin, Fusion, Funk. Different stages serve as its venues (there are more than 35 of them in the city). The most large-scale actions take place at Vancouver Art Gallery, at David Lam Park, and Granville Island. 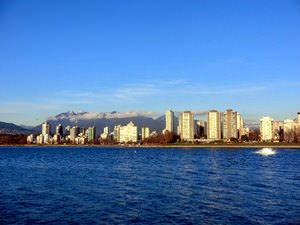 The city's another interesting music festival is Vancouver Folk Music Festival held in mid-July. In addition to the music program represented by musicians from all over the world, visitors can enjoy a gastronomic program, a crafts fair, and performances. The primary venue for the event is Jericho Beach. Another significant festival is dedicated to the genre of opera. We are talking about Vancouver Opera Festival starting in late April and lasting until the beginning of May. Russian composers are honored here, special attention is paid to Tchaikovsky's work.
Advices to travellers: what you should know while being in Vancouver
1. Travelers should keep in mind that any import of dairy and meat products is prohibited. You also cannot take to the country certain types of medications, as well as plants and silver …

Open
Gourmets meet in mid-January at the event known as Dine Out Vancouver Festival. The festival lasts until the beginning of February. A special menu is offered by many (more than 250) Vancouver restaurants. During this time, you can attend master classes from renowned chefs, taste local cuisine. There are also art exhibitions and a street food festival where visitors are shown gastronomy movies. 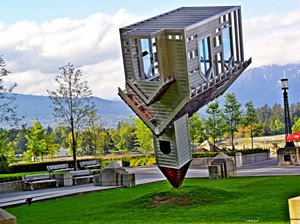 Raine Reynolds' hometown hosts two more gastronomic festivals dedicated to alcoholic beverages. The first one honors craft beers (Vancouver Craft Beer Week), and the second - noble wines (Vancouver International Wine Festival). The first festival falls at the end of May and ends at the beginning of June. This large-scale event attracts not only Canadians but also residents of the neighboring United States, as well as residents of other countries. The venue is Pacific National Exhibition. Wine Festival scheduled for the end of February normally gathers more than 25,000 lovers of the noble drink from all over the world at Vancouver Convention Center.
Extraordinary weekend in Vancouver - unusual places, services and attractions for travel gourmet
…

Open
Vancouver Cherry Blossom Festival is held in the city for lovers of aesthetic pleasure. The beginning of spring in the hometown of Seth Rogen falls at the beginning of April and lasts throughout the month, during which you can enjoy the unbelievably beautiful cherry trees flowering. Besides that, at this time visitors have a chance to visit art exhibitions or take part in Bike The Blossoms and Tree Talks & Walks, and Queen Elizabeth Park lights up with unusual lights, offering a dance, music, theatrical program to all those who've decided to visit this green area. Stanley Park serves as the venue for Sakura Night - a piece of Japan in the city. And at Burrard Station, you can listen to quality music that pleases all fans of street music. 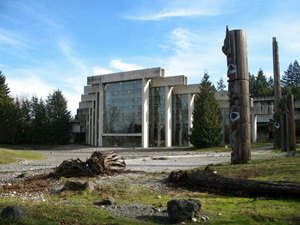 Canada is known as the world's capital of hockey. So it is no wonder that one of the country's largest cities in the country hosts World Junior Championship on Rogers Arena. Its time is the end of December with the end in early January. The event attracts the attention of all hockey fans, and for the winners, the award is tantamount to finding a pirate treasure, the search for which took great efforts. Another sports event in Vancouver is devoted to figure skating. ISU Grand Prix of Figure Skating Final is held in early December in Doug Mitchell Thunderbird Sports Centre. There are competitions for pair and single skating, as well as for ice dancing.

This guide to traditions and festivals in Vancouver is protected by the copyright law. You can re-publish this content with mandatory attribution: direct and active hyperlink to www.orangesmile.com.
Vancouver - guide chapters 1 2 3 4 5 6 7 8 9 10 11 12 13 14 15

Cathedrals and basilicas near Vancouver
♥   Holy Rosary Cathedral, Vancouver, 3.8 km from the center. On the map

♥   Cathedral of the Holy Eucharist, New Westminster, 16.3 km from the center. On the map

Colors of Vancouver in photos

Traditions and festivals in cities around Vancouver

Seattle
One of them is The Gum Wall. The history of this attraction is quite unusual. A few decades ago, at a local theater there appeared a new rule - all visitors had to leave chewing gum before entering the cultural venue. First visitors outraged by innovation have stuck a gum directly to the wall of the building. Their example was followed by other citizens. As a result one of the ... Open »
Calgary
According to an old tradition the festival is opened by a beautiful parade. The best riders of the city participate in the parade. Many people come to see this solemn march. The key part of the event is the so-called "shepherd competition" – racing on domestic horses and bulls. However, there are more original competitions too. Brave cowboys are offered to show their talent ... Open »
Edmonton
As any large-scale festival, The Edmonton International Fringe isn’t complete without an abundance of treats and colorful fairs. During the festival, city streets house a tremendous amount of attractive stores and retail shops where you can buy refreshments in addition to interesting crafts and souvenirs. Fans of modern art are recommended to visit Edmonton during the ... Open »
San Francisco
At the beginning of July the city of San Francisco attracts music fans from all over the world holding the grand show being the San Francisco Jazz Festival. Many popular musicians and jazz amateurs are engaged in this scale jazz event. The city holds several concerts within a few days. Most of the concerts and events of the festival are free to visit. The Taste of Russia ... Open »
Nevada
Participants have themed workshops and create incredible design layouts and amazing art installation. Curious musical performances also remain a fairly common way of expression; music is heard everywhere around the clock. Incredible futuristic concepts of alien machines, original outfits of participants and hot sun - these are main characters of the world famous festival. ... Open »
Salt Lake City
Another important feature of the local way of life is a healthy lifestyle. Drinking alcohol and smoking in the city are only allowed in special areas; violation of public order may be followed by a fine or arrest. Every year, there become more and more adherents of a healthy lifestyle; visiting gyms and fitness centers is considered one of the most acute trends. Of course, ... Open »

Cityguide on traditions, mentality and lifestyle of people in Vancouver. Learn the best periods to visit Vancouver to discover its soul - authentic festivals, events and celebrations. We will also reveal the interesting habits, attitude towards the world and to tourists in Vancouver.