Detailed hi-res maps of Vancouver for download or print 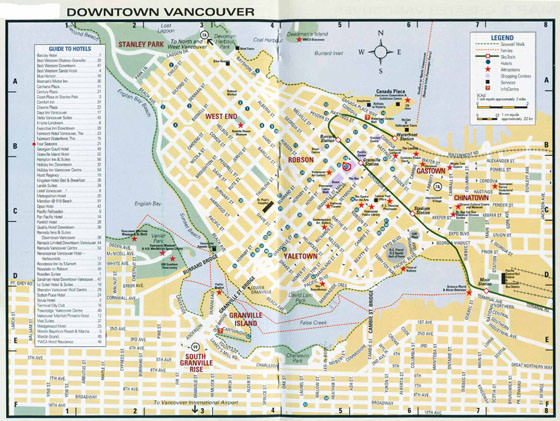 The actual dimensions of the Vancouver map are 1675 X 1258 pixels, file size (in bytes) - 291095. You can open this downloadable and printable map of Vancouver by clicking on the map itself or via this link: Open the map. 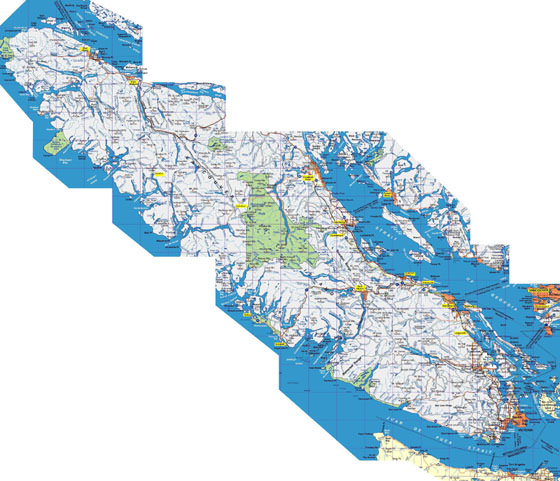 The actual dimensions of the Vancouver map are 2736 X 2352 pixels, file size (in bytes) - 748826. You can open, download and print this detailed map of Vancouver by clicking on the map itself or via this link: Open the map. 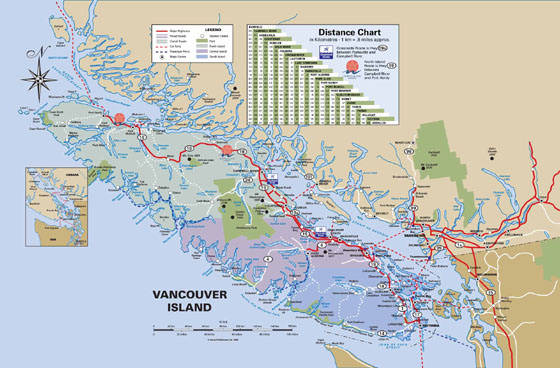 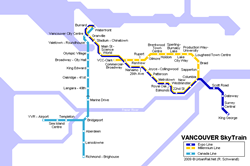 Railway transport is divided into two types: transcontinental – along the border with America, and vertical, which is, from north to south respectively. Rail freight transport mainly predominates, with the most developed located in the south-eastern industrial regions of the country. Although, in some regions, commuter trains, as well as interregional passenger trains are very popular. The wagons in the trains are comfortable and quite clean. Major cities in Canada have a metro. Montreal and Toronto have four metro lines, linking both the country’s far regions and the largest shopping centers. In Vancouver the SkyTrain system prevails, which is also referred to as the “easy metro” system. A system of this type in Canada is the longest in the world, with fully automated control mode. … Open

The country is also identified as the world leader in the field of construction of aircraft and subway trains. Agriculture received the greatest development only in the southern regions of the country due to the peculiar climate of the state and the expanse of its territory. In the northern regions, only fishing, hunting and reindeer husbandry are flourishing. In the central regions, much attention is paid to the cultivation of vegetables, berries and fruits, thereby providing the entire country with a sufficient amount of food products. The main grain crop of the country is wheat. A significant part of all grown wheat is exported. An important role is played by livestock, which is focused on the production of dairy product, as well as poultry. … Open

Search for services, infrastructure and sights on map of Vancouver

Our guide chapters over Vancouver

Those who love scenic walks in Vancouver should look into the Queen Elizabeth Park. This is a very beautiful landscaped garden, which is actually a natural open-air Museum. In this Park, there were plants collected from different regions of Canada. On its territory there are several dozen species of coniferous trees and rare species of birch, maple, ash and other trees. This beautiful Park is considered one of the … Open

Upmarket Rosewood Hotel Georgia opened in 1927 retains the status of the city's real historical symbol. It occupies a large and rigorous brick building with a completely restored facade; apart from its luxurious rooms, the hotel has also won the recognition of thousands of tourists thanks to its elegant 1927 bar. The unique atmosphere of the early 20th century is still reigning here, and the bar is continuously … Open

Vancouver for children - what to visit

In a beautiful ball-shaped building, is located the original entertainment center Science World, which will be interesting for children of any age. In this center, children will be taught to love and understand science in all its manifestations. Many interactive expositions and experimental rooms are prepared for young visitors. They will be able to find out how electricity is produced, and also to make sure on … Open

Comfortable Granville Island Hotel Impresses their guests with an aristocratic setting. Its rooms are decorated in noble white and gray colors, where the central space is occupied by high beds dressed with lace linens. Each room has a luxurious bathroom tiled in black and white. The interior of public areas is special thanks to panoramic glazing, which is even present in a gym. A very romantic atmosphere reigns in … Open

Those who just want to take a walk along the picturesque shopping streets, can go to Kitsilano area. On its territory, are more than 300 shops of different focuses. There you'll find elite designer boutiques and stores of famous brands with affordable prices. In this area, there are some of the largest sports shops in the city, as well as numerous lovely souvenir stores and pavilions that sell handmade jewelry. Art … Open