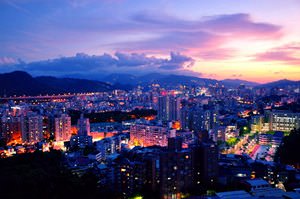 ). The museum's exposition includes unique works of Chinese art, some of which date back five hundred years. In total, there are about 720 thousand exhibits in the museum halls. For quite a long time, the collection was kept in Beijing, in the Forbidden City. It was decided to move the collection to the Taipei Museum in 1949. Currently, it has the largest collection of Chinese artworks on the planet.
Your active city break in Taipei. Attractions, recreation and entertainment - best places to spend your day and night here
Taipei is very popular among travelers who prefer active recreation and like to spend every day of their holidays in a new way. One of the favorite vacation spots of nature enthusiasts …

Open
The world-famous museum is hardly the city's only cultural establishment interesting for visiting. The Hwa Kang Museum invites visitors to see works of modern sculptors and artists, while the National Museum of History presents a rich collection of artifacts from different epochs. An interesting collection of ethnographic exhibits is stored in the Shung Ye Museum of Formosan Aborigines (Museum traditions Shunyi), and in the private Chem Museum, you can see artworks dating back hundreds of years.
Taipei's outstanding architectural monuments worth mentioning include the Chiang Kai-shek Memorial dedicated to the famous President of the Republic of China. In front of the memorial is Liberty Square - one of the most beautiful places in the city ideal for leisurely walks. The square is surrounded by the city's several important cultural facilities, including the National Concert Hall and the National Theatre. Copyright www.orangesmile.com
Top hotels in Taipei for business trip or short vacation
Many hotels in Taipei are famous far beyond the city limits and rank among the most original establishments in the world. Near Miramar Entertainment Park and a Ferris wheel is unique Motel …

Open
Sun Yat Sen Memorial Hall can also claim the title of one of the most spectacular architectural monuments of the city. It is dedicated to one of the most revered political figures of the state. The hall can simultaneously accommodate about 3,000 people. The memorial is striking with its harmonious look and impressive scale. One part of the architectural complex is reserved for a library containing 140,000 books, and the other is occupied by Sun Yat-Sen Art Gallery. 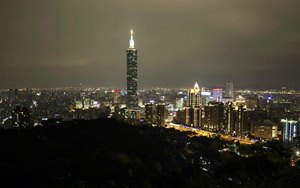 Temple erected more than 250 years ago stands out on the background of the city's religious landmarks. It is a true work of national art: the temple is adorned with fine wood carvings, and inside you can see a lot of interesting ritual accessories. Another popular monument is Baoan Temple

, whose construction was completed in the early 19th century. It is a single architectural complex with the Taipei Confucius Temple

. Despite the fact that the buildings have different styles, together they look very harmonious. The most original landmark of Taipei is Farm Lin Antao

- the oldest residential building in the city. Those wishing to get acquainted with the ancient cultural traditions of the local people should definitely visit this place.
Guide to Taipei sightseeing - things to see and to visit
Taipei is the capital of the island of Taiwan and its eponymous municipality. The amazing city with a beautiful authentic culture and a unique modern style has long attracted tourists with …

Open
The unique village of Wulai

lies in the immediate vicinity of Taipei. The main symbol of this ancient settlement is its beautiful waterfall. However, travelers are not only attracted by unique natural attractions. Enchanting dance performances are regularly held in Wulai. Foreign visitors have the opportunity to observe the spectacular action as well as take part in it directly. A complex with an unusual name of Window to China

should also be noted when it comes to nearby attractions. It shows visitors many reduced replicas of China's most famous historical sites.

In the section below, you can get one of our excursion, activities or city discovery tours over Taipei and surroundings. Our website offers 10-30% lower ticket prices, when compared to the offline purchase on the spot.

City tours, excursions and tickets in Taipei and surroundings

This guide to cultural sights Taipei is protected by the copyright law. You can re-publish this content with mandatory attribution: direct and active hyperlink to www.orangesmile.com.
Taipei - guide chapters 1 2 3 4
Reference information
Map of all palaces

♥   Palace 'Presidential Office Building' Taipei, 6.8 km from the center. On the map

Art galleries in Taipei and around
♥   Art museum 'Museum of Contemporary Art Taipei' Taipei, 7.9 km from the center. On the map

Unique spots in Taipei and near 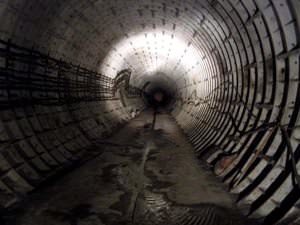 Distance from Taipei center - 33.7 km.
Outstanding engineers and builders have managed to create a unique underground complex, which amazes both with its size and the level of equipment. Road surface of a perfect quality, an elaborate lighting system and road signs make the journey inside the tunnel safe and pleasant. The speed limit inside is 70 km/h. Drivers pay great attention to the observance of the speed mode since the fine is about 6000 US dollars. Cameras are installed through the length of the tunnel and police officers are always on duty, so driving unnoticed is simply impossible. … Read further 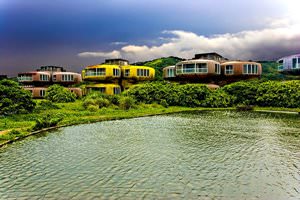 Distance from Taipei center - 27.3 km.
They believe that Sanzhi is home to the souls of the dead. The territory of the ghost town is considered to be the anomalous zone. The houses of original shape and design look more like alien ships and have become home to unquiet souls. That’s why the locals are not going to destroy them so as not anger the ghosts. Sanzhi remains the tourist attraction for many years now. Visitors are sure to take a camera with them hoping to make photos of the ghosts. … Read further

One of the most beautiful temples of the island is the Longshan Temple in Taipei. Built in the era of the Qing dynasty, the temple was repeatedly destroyed and restored. Today, it is one of the Taiwanese centers of Buddhism. The name of the temple is translated from Chinese as “mountain of the dragon”; precisely why its interiors are decorated with numerous images and sculptures of dragons. The Presidential Palace of Taipei draws attention to its architecture which is built in the style of the eastern baroque. Before, it served as the residence of the Japanese governor-general of Taiwan, and today it symbolizes the period of the Island’s colonial dependence on Japan. Another notable example of palace architecture is the Museum of the Imperial Palace, which contains a unique collection of historical and cultural values. You can visit exhibitions of porcelain and jade, painting and calligraphy, ancient coins and ornaments, all in the museum. … Open 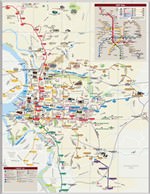 Photogallery of cultural heritage of Taipei

Excursions over cultural sights of neighbours of Taipei

Xiamen
The most interesting and most attractive cultural center is university called Xiamen Daxue. One of the university buildings is the Museum of Anthropology. Its collections are quite multifaceted. The most interesting of them are a collection of old jade items and a rich collection of ancient coins. It will be interesting for admirers of paintings to visit this large museum. ... Open »
Hangzhou
Here tourists can make an excursion to the islands, walk on the beautiful arched bridge and picturesque park areas that surround the major natural landmark of Hangzhou. The vibrant district of Xi Hu Tyandi is on the southern shore of the lake. This part of the city is particularly popular with fans of shopping and Chinese food. Here, on picturesque streets, tourists will find ... Open »
Shanghai
One of the most unusual attractions is the Yuyuan Garden. It impresses with the variety of lovely plants and architectural attractions. It is situated not far from the colorful market. An amazing garden was founded in the 17th century, its territory gradually expanded. Then a lot of small markets and shops appeared. Today it is a major shopping district and a popular tourist ... Open »
Suzhou
The Humble Administrator's Garden (Zhuozheng Yuan) is considered to be one of the most beautiful in the city. The landscape garden is striking with a variety of decorations: there are two beautiful ponds and countless trees and flowers in the park. Besides the luxurious landscaping, several beautiful old mansions have been preserved in the garden. Their appearance uniquely ... Open »
Shenzhen
Travelers wishing to get acquainted with the culture and traditions of the local people should visit another park - the China Folk Culture Village). Its area occupies more than 200 thousand square meters and accommodates 24 classic villages, in which the atmosphere of the last centuries is completely recreated. The largest theme park in Shenzhen is the Window of The World ... Open »
Hong Kong City
Among the natural attractions of the city we simply can’t fail to mention Hong Kong Park. In addition to exotic plants and flowers you can see beautiful fountains and pools in the park. The famous Museum of tea utensils is also located here. An amazing amphitheater is one more sight of this place. The historic quarter of Hong Kong is the location of another sight - Man Mo ... Open »

Culture guide to Taipei. Which fascinating sights to visit once you are in Taipei: temples, churches, museums, theaters and castles. Recommendations (with addresses, phone numbers and links) on the places 'must visit' in Taipei. Plan your own city excursion by using this page info!