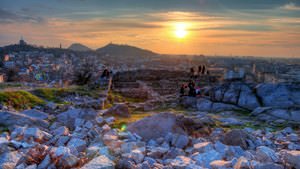 It will take more than one day to visit all historical landmarks and cultural centers of Plovdiv. The Old Town is the traditional location of numerous places of interest that all guests of the city should not forget to attend. This part of Plovdiv is the location of magnificent Roman Amphitheatre

, the age of which is more than 2,000 years. The spacious antique arena was built by the order of Emperor Trojan and could provide space for up to 3,000 visitors. Nowadays, the amphitheater was completely rebuilt and is used to host important cultural events and celebrations. Stone flags, which form steps of the amphitheater, still have ancient inscriptions that were added yet during the antique period.
Family holidays with kids in Plovdiv. How to entertain your child, things to show to children.
Plovdiv is a fairly large city by the standards of Bulgaria. There are several places where it will be interesting for both adults and children. Although there are not many attractions in …

Open
Roman Stadium is a no less interesting landmark of the antique times. The gorgeous stadium was built in the 2nd century B.C.E. It is open in the heart of Plovdiv and surrounded by beautiful architectural landmarks of different epochs that look absolutely gorgeous with modern illumination. Despite the fact that there are buildings of different styles in the center of the city, Plovdiv looks incredibly harmonious and attractive.
Out of all religious landmarks of Plovdiv, it’s important to mention Church of Saints Constantine and Helena. The first church on the site of the modern landmark appeared yet in 337. That building was named after Emperor Constantine and his mother. During its long history, the church was destroyed and rebuilt a number of times. It also has managed to save many priceless artifacts. Nowadays, visitors of the church can see magnificent old frescoes and icons, and a truly gorgeous handmade décor. Copyright www.orangesmile.com
Cuisine of Plovdiv for gourmet with top restaurants and cafe
You can find places with dishes of Bulgarian, Turkish, Greek, Russian, Serbian and other cuisines of neighboring countries in Plovdiv. Many migrants live here. They are ready to introduce …

Open
Old mosques make the city’s skyline truly special. Juma Mosque is always present in the list of the most popular mosques of the city. The building of the landmark was finished in 1364, and its large size is the main peculiarity of the mosque. Turks built such large mosques on purpose – their size was significantly bigger compared to other churches and cathedrals in Plovdiv. Nowadays, Juma Mosque is one of the most interesting architectural landmarks of the city. There is a beautiful relaxation area and interesting souvenir shops nearby. 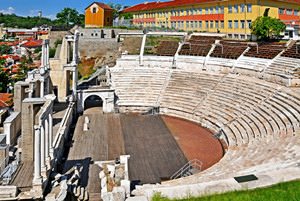 Numerous museums and galleries of Plovdiv are definitely worth a visit. Plovdiv Historical Museum remains one of the most frequently visited museums of the city. Open in 1952, the museum has an incredibly large exhibition that contains more than 60,000 items. Visitors will see priceless archaeological findings, a rich collection of historical documents, and a premium collection on old artworks. During an excursion in this place, guests of the museum will learn many interesting facts about different periods in the history of the city and numerous cultures that shaped the look of modern Plovdiv and its people.
Authentic traditions, festivals and lifestyle of Plovdiv inhabitants
Many events take place in Plovdiv. For example, the Specialized Exhibition of Flowers, Ornamental Plants, Garden Equipment and Supplies takes place here in March. Everyone who is fond of …

Open
One more must-visit place, Plovdiv Archaeological Museum is home to more than 100,000 priceless exhibits. Having observed the archaeological findings, guests of the museum can walk in the picturesque park nearby and admire the statues that decorate it. Fans of art will prefer to stay longer at National Gallery of Fine Arts. The building of the gallery is of a great architectural importance. It’s a true masterpiece of the first part of the 19th century. In the museum, guests will be able to see works of the most famous painters of Bulgaria. National Gallery of Fine Arts regularly hosts various thematic events and exhibitions.

In the section below, you can get one of our excursion, activities or city discovery tours over Plovdiv and surroundings. Our website offers 10-30% lower ticket prices, when compared to the offline purchase on the spot.

This guide to cultural sights Plovdiv is protected by the copyright law. You can re-publish this content with mandatory attribution: direct and active hyperlink to www.orangesmile.com.
Plovdiv - guide chapters 1 2 3 4 5 6 7 8

Unique spots in Plovdiv and near 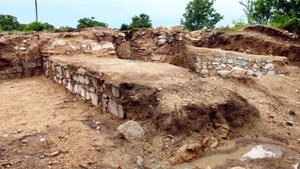 Distance from Plovdiv center - 1.2 km.
The main historical symbol of Plovdiv is the ancient theatre. It has been completely renovated and is now used for the most important cultural events. Magnificent old streets, houses of timber decorated with intricate carvings, amazing ancient buildings and a huge number of art galleries – that’s how Plovdiv looks in eyes of modern tourists. Another important feature of Plovdiv is the fact that virtually all of its central area is closed to vehicles, so you can admire the beauty of the ancient city slowly walking along its picturesque streets. … Read further

Distance from Plovdiv center - 6.6 km.
The Romans, Byzantines, and Ottomans influenced the city's culture later. This leads to a rich historical and cultural heritage More than 200 objects located on the territory of the historical city are under UNESCO protection today. There are many buildings of ancient times among them. Guests of Plovdiv will have the opportunity to see the ruins of the ancient stadium and the city forum, as well as the theater and ancient baths. … Read further

Photogallery of cultural heritage of Plovdiv

Excursions over cultural sights of neighbours of Plovdiv

Bansko
The city’s belfry a very symbolic and unusual historical monument that is located in the courtyard of the Holy Trinity Church. It was built in 1866 by famous architect and inventor Theodore Hadjiradonov. The church looked very impressive and large in comparison with other buildings of that period. For many years, it was the tallest building in Bansko. Furthermore, the great ... Open »
Sofia
The historic district of the city strikes with an abundance of spectacular sights. Buildings of different eras have preserved in Sofia. There are also lots of museums in the city. Obligatory part of excursions is represented by the Royal Palace. In the second half of the 19th century, the execution of the national hero Vasil Levski took place there. For many years it was used ... Open »
Kavala
Paul the Apostle is respected in the city in general, and the monument of the saint in St. Nicholas Church is another proof of this. The church itself is located not far from the waterfront, on Agiou Nikolaou. Once used as a mosque during the reign of the Ottoman Empire, the gorgeous building became an Orthodox Christian church dedicated to Saint Nicholas only at the ... Open »
Thassos
Second biggest town on the island is Limenaria. An ancient fortress located on top of the hill provides an excellent view on surrounding area and is the true symbol of Limenaria. The Palataki residence is located on a scenic cape extending into the sea. It was built early in 20th century by one of ore mining companies working on Thasos. Nowadays the residence is one of the ... Open »
Thessaloniki
The fist settlement on the territory of the modern city of Thessaloniki was established as far back as in prehistoric age. This fact is proven with archeological findings of current digs. The Archeological Museum of Thessaloniki offers its guests a priceless collection of showpieces aged several thousand years. The main showpieces of its collection are considered to be the ... Open »
Burgas
Aquae Calidae or Burgas Baths remain one of the main symbols of the city. These baths were built close to healing mineral springs. Every year, more and more tourists come to the city to enjoy these baths. The baths are also a true historic landmark as their building took place yet during the Roman Empire times. The construction is still in nearly pristine condition, so it is a ... Open »

Culture guide to Plovdiv. Which fascinating sights to visit once you are in Plovdiv: temples, churches, museums, theaters and castles. Recommendations (with addresses, phone numbers and links) on the places 'must visit' in Plovdiv. Plan your own city excursion by using this page info!