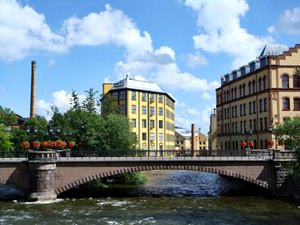 Residents of Norrköping are great admirers of historical traditions and regional culture. Many foreign tourists may find the townspeople overly restrained and gloomy, but this impression is mistaken. They are cheerful people who lead an interesting lifestyle, love nature, and pay great attention to observing historical traditions. The peculiarities of local education are such that children are taught to be quiet in public and control their emotions from an early age. The last rule applies not only to negative but also to positive emotions, so citizens may seem overly harsh and sad to foreigners.
Excursion over cultural sights of Norrkoping - 'must visit' points of interest
Norrköping has preserved lots of beautiful historic buildings. In one of the central squares, you can see the old Town Hall Norrkopings Radhus. Its construction began in 1907 and lasted …

Open
This impression will change in a matter of minutes if you visit one of the traditional local pubs or steakhouses in the evening. They are among the townspeople's favorite nightlife spots where they can meet close ones and give free rein to emotions. Since ancient times, local people have developed a love for nature in all its manifestations. Agriculture, gathering, and hunting were once one of the main livelihoods for them. Some traditions have remained unchanged to the present day.
Wandering around the city markets in summer, you can see a huge amount of fresh berries picked in local forests. In summer, berries can be tasted fresh, and for the rest of the year, they are preserved and used frozen. Wonderful cakes and buns, as well as other common desserts, are made with berries. Many of the berries (like lingonberries) are a common addition to meat dishes. The summer period is a “wedding” time for locals, which is another evidence of their love for nature. Copyright www.orangesmile.com
Your active city break in Norrkoping. Attractions, recreation and entertainment - best places to spend your day and night here
Although Norrköping cannot offer lots of entertainment centers, one of the country's most famous amusement parks - Kolmarden - can be found in the vicinity of the city. It occupies a vast …

Open
Most newlyweds want to get married in summer to be able to spend one of their main holidays in nature. Do not be surprised if a horse-drawn wedding procession passes through the streets on a normal summer day - such carriages are a common attribute of weddings. A lot of interesting traditions are associated with regional gastronomy. The formation of local culinary traditions was greatly influenced by the harsh Scandinavian climate. 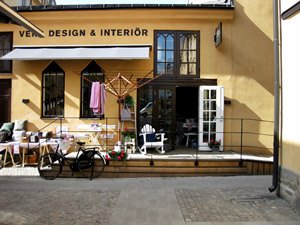 Locals have a very short period of time to grow vegetables even today, so they try to stock up on vegetables for the rest of the year in just a few months. The tradition of preparing various pickles and marinades appeared here more than a hundred years ago, and vegetable preserves never lost their relevance. They are served in restaurants of any level, and in small bars and pubs, salted and pickled vegetables are one of the most common snack options. Even though residents of Norrköping have the opportunity to purchase fresh vegetables in supermarkets all year round, they are still not at all popular today. They prefer regional products and home-style cooking devoid of any frills. It is also worth noting that spices never took root in local cooking and are rarely added to any dishes today.
Advices to travellers: what you should know while being in Norrkoping
1. Norrköping lies on the banks of the Motala River so fishing is one of the locals’ favorite activities. Tourists are can go fishing right on the city embankments. A fishing permit …

Open
Fans of holidays and festivals will be interested in visiting Norrköping on the eve of Christmas and New Year when a series of festive entertainments takes place in the city. Mandatory attributes of the holiday are colorful fairs and solemn illumination adorning all city streets and squares. The townspeople consider Christmas to be a family holiday celebrated in a family circle. Before Christmas, they dress a Christmas Tree and exchange presents. 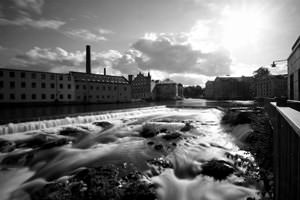 The celebration of Christmas has one interesting tradition: on Christmas night, locals always put a cup of almond porridge outside their homes. This authentic tradition dates back hundreds of years. In the past, local people performed such a mysterious ritual to appease the little dwarves. It was believed that if you treat them generously on the holiday, the coming year will be rich and fertile. The good tradition has now become one of the many legends, but the locals still take it very seriously.
Shopping in Norrkoping - main shopping streets, outlets and boutiques
Norrköping is not distinguished by a variety of shopping centers and outlets. The bulk of the stores presented in the city are aimed primarily at local residents. In the central streets, …

Open
New Year's celebrations in Norrköping are freer in terms of traditions. It is not customary to give expensive gifts or lay a rich table in honor of this holiday. Citizens can celebrate the New Year at home with their family and then go out to meet friends and enjoy the festively decorated city. Fireworks are always launched on New Year's Eve. According to one of the old traditions, it is also customary to burn the huge straw goat on the first night of the new year.

This guide to traditions and festivals in Norrkoping is protected by the copyright law. You can re-publish this content with mandatory attribution: direct and active hyperlink to www.orangesmile.com.
Norrkoping - guide chapters 1 2 3 4 5 6 7 8

Cathedrals and basilicas near Norrkoping
♥   Linköpings domkyrka, Linköping, 39 km from the center. On the map

Colors of Norrkoping in photos

Traditions and festivals in cities around Norrkoping

Vasteras
The city, on the contrary, becomes very silent. There are not many pedestrians and cars even in the midst of the day. Circlet of flowers has been the main symbol of Midsummer for centuries, so locals start this day with gathering flowers. In accordance with an old tradition, each family should install a special pile that is decorated with flower garlands and ribbons. All main ... Open »
Stockholm
Local residents are distinguished by superior knowledge of etiquette. They are very polite and courteous. Punctuality and diligence, thoroughness and accuracy are the main features that describe the local population. Of course, such qualities deserve the highest praise. Residents of Stockholm are very reliable business partners – in work they are as obliging and punctual, as ... Open »
Uppsala
The holiday starts with a very unusual breakfast; according to tradition, all houses serve fresh strawberries and sparkling wine. After a light breakfast, locals go to local parks and gardens; April 30 envelops the city with mouthwatering barbecue flavor. One of the main pleasures for young city dwellers are so-called champagne races. The core of this entertainment is very ... Open »
Kalmar
Midsummer or the day of the summer solstice is one more popular holiday in Sweden. As a rule, all locals participate in this holiday. They pick flowers and make circlets from them. These flower crowns and ribbons are then used as decorations for the Maypole that is erected in the center of the celebration area. Adults and children gather near the pole, play, dance, and sing ... Open »
Goteborg
Well, since Gothenburg is the birthplace of MDM, it is not surprising that several interesting metal festivals take place here. First of all, it is worth noting the Metaltown Festival, which falls on the period from late June and early July. Here you can listen to all sorts of music - heavy metal, hardcore, punk. Headliner names are known even to those who are not really ... Open »
Kristianstad
In August, Kristianstad hosts a traditional jazz & blues festival, which is participated by representatives of many countries. The city is well-known to rock fans for the Rockfest Festival, in which both world-famous performers and young beginners take part. Since most festivals are held in the summer, a significant part of the performances takes place in the open air. ... Open »

Cityguide on traditions, mentality and lifestyle of people in Norrkoping. Learn the best periods to visit Norrkoping to discover its soul - authentic festivals, events and celebrations. We will also reveal the interesting habits, attitude towards the world and to tourists in Norrkoping.