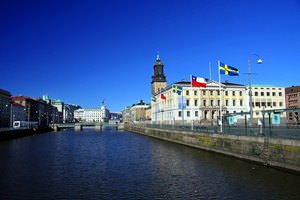 When the name of Gothenburg is mentioned, those who prefer heavy music immediately recall guitar riffs of Hammerfall, In Flames, Katana, and, of course, the founders of MDM (melodic death metal) on the Swedish scene - Ceremonial Oath and Dark Tranquillity. The city is often called the “MDM's homeland”. The thing is that many bands were formed here, which locals are very proud of. Despite the fact that many of them are fans of hard music, local people are polite and tactful but not tough people, as it may seem at first glance. They are always ready to help if they see that help is needed, having long got used to crowds of tourists often visiting their hometown.
Top places to stay in Goteborg - most luxurious hotels
Tourists who prefer to put up in the most luxurious hotels in Gothenburg should pay attention to the Elite Plaza Hotel. It occupies one of the most beautiful historical buildings of the …

Open
Local residents are self-sufficient and can stand up for themselves, being known for their straightforwardness. At the same time, they will never say anything that can offend a person. Locals prefer to get to know the person first and understand what might offend him or her. They are quite relaxed, never in a hurry, and prefer to draw up a clear plan to follow without question. They are tolerant, do not want to blame anyone for their appearance or inner qualities. Of course, as long as people observe the laws and behave decently in their country.
Tourists should have no problems with the language because basically everyone here speaks English. However, it would be appreciated if someone knows at least a few words in Swedish. The main products are fish and seafood. Gothenburg's must-try dishes include fresh oysters, boiled mussels, boiled shrimps, lobsters, and langoustines, as well as salted salmon. By the way, one or another sauce is needed for each dish, and this is strictly observed. Copyright www.orangesmile.com
Old hotels keeping the history of Goteborg
Gothenburg has a lot of amazing historical hotels, among which Hotel Royal occupies a special place. This hotel was opened in 1852, and since then, its owners have put a lot of effort into …

Open
Well, since Gothenburg is the birthplace of MDM, it is not surprising that several interesting metal festivals take place here. First of all, it is worth noting the Metaltown Festival, which falls on the period from late June and early July. Here you can listen to all sorts of music - heavy metal, hardcore, punk. Headliner names are known even to those who are not really familiar with this kind of music, and therefore, visiting the festival is one of the goals to be achieved by all metalheads. The venue for this event is Göteborg Galopp Arena.

Another interesting festival for metalheads' ears is the Gothenburg Sound Festival. It marks the start of the festival season, which falls on the beginning of January. The event continues the traditions of MDM and pays tribute to such giants as Dark Tranquility and Ceremonial Oath who have perpetuated the name of Gothenburg and made a great contribution to the development of metal music. That's why among the festival's headliners you can often see legendary bands, which makes it another must-have for metal fans.
Best hotel choice for romantic escape, wedding or honeymoon in Goteborg
Located in a beautiful high-rise building near the Kungsgatan shopping street is the upscale Hotel Riverton. This hotel has for many years been especially popular among couples in love. The …

Open
Just after the Gothenburg Sound, that is, in mid-January, the Abyss Underground Festival starts. The venue is the ground on Polstjärnegatan 14. Here, there is a surprise for every visitor, as organizers make every effort to surprise the audience, and not least with famous DJs performing with metal bands. Another interesting musical event awaiting visitors in mid-August can be visited absolutely free of charge. Here everyone can find a genre to their own taste. The festival takes place at various locations throughout the city. In total, the event is attended by about 700 thousand spectators. 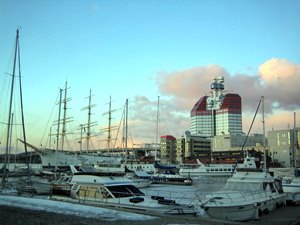 In the same month, and more precisely at its beginning, Slottsskogen City Park becomes the main venue for a grand rock festival with the name of Way Out West. The fest may choose other locations as well, so just follow its news. The festival has already won hundreds of fans around the world and is considered very popular among young people. In early summer, you can witness such an event as the Summerburst. It takes place at Ullevi Arena, being one of the most popular events in the festival life of the city. Its headliners include famous and popular performers who come from all over the world and play in different genres, from indie to reggae.
Shopping in Goteborg - main shopping streets, outlets and boutiques
Nordstan is the largest shopping center in Sweden. It is located near Gothenburg railway station. It houses more than 150 stores, including large Twifit women's clothing store and Hemtex …

Open
In late February, Gothenburg hosts such an event as the Gothenburg Horse Show and Eurohorse. The venue for the event is the Scandinavium Arena. This is the time of colorful performances and shows, which means that all those looking for vivid impressions and interesting events must witness the event. Well, for those who wish to taste the best alcoholic drinks at the beginning of April should pay special attention to A Beer & Whiskey Fair, which is held at Swedish Exhibition & Congress Center. Here you can try not only drinks produced by large companies but also local craft beer. And, of course, choose the best drink - whiskey or beer. 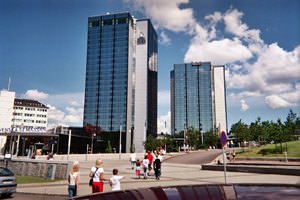 Such a grand event as Kulturnatta is scheduled for October. The festival's program is so extensive that everyone can find something to their liking. Music, art, and theatrical performances - all these can be heard not only in Swedish but also in international English. Another cultural event with a rich program, Gothenburg Culture Festival, takes place in the middle of August. Here you can listen to music and literary readings, enjoy the opera, watch stage performances, as well as visit a fair where to buy hand-made products. All these can be found at various locations throughout the city, so be sure to keep an eye on posters.
Guide to Goteborg sightseeing - things to see and to visit
Gothenburg is located on the west coast of Sweden which is washed by the North Sea. The city was founded by order of Gustav II Adolf in 1621. Initially this was a large industrial port in …

Open
Visiting Gothenburg in late April, you can witness such an event as The International Science Festival (Vetenskapsfestivalen) taking place in various locations. Seminars, exhibitions, workshops are held within its framework, and every new year is devoted to a particular topic requiring discussion. Without exaggeration, it is the biggest event of its kind in all of Europe, which is participated by the best scientists from all over the world.

This guide to traditions and festivals in Goteborg is protected by the copyright law. You can re-publish this content with mandatory attribution: direct and active hyperlink to www.orangesmile.com.
Goteborg - guide chapters 1 2 3 4 5 6 7 8 9 10 11 12 13 14 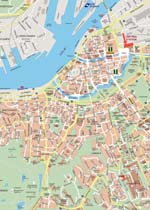 Colors of Goteborg in photos

Traditions and festivals in cities around Goteborg

Alborg
On the day of the carnival, musical and dance performances are held in the streets and squares, and a special entertainment program awaits young participants in the festival. Fairs where they sell interesting souvenirs and the best regional delicacies are very popular with tourists. The carnival ends with a traditional firework. During its period, the city receives the ... Open »
Larvik
Larvik is not deprived of modern cultural trends - today the city is the venue for famous music and art festivals. Local residents are big fans of jazz. Famous musical bands perform here not only during festivals but also on ordinary days. A contemporary music festival called The Stavern Festival is held here every year in July. It is regularly participated by musical bands ... Open »
Arhus
Throughout the year, Aarhus hosts many interesting festivals, which can help travelers understand the culture and traditions of local people better. In March, it is the traditional heavy music festival, in which rock musicians from various countries take part. Many concerts within its framework are organized in open-air venues. Motorcycle enthusiasts would also be interested in ... Open »
Kristianstad
Despite the fact that Kristianstad residents consider beer to be one of their main national drinks, their attitude to alcohol consumption is very moderate. It is sold only in specialized stores, drinking alcohol in public places is strictly prohibited, with the exception of restaurants and bars. If in a restaurant you see people having a glass of wine with dinner, you can be ... Open »
Copenhagen
There are many interesting festivals and carnivals in Copenhagen. As they are usually well-celebrated, such holidays attract numerous tourists to the city. Thus, the capital of Denmark attracts jazz lovers on the beginning of July. The music festival held in August is very popular among music lovers and fans of folk music. Many travelers want to visit this amazing city during ... Open »
Malmo
The Crayfish Party lasts for at least a week. During these days the things are humming in the city night and day. One of the most popular entertainments among city visitors is hiking tour through local markets where during festive occasions one can buy many original souvenirs. The crayfish is also presented on the markets in complete variety. These are fished in local waters ... Open »

Cityguide on traditions, mentality and lifestyle of people in Goteborg. Learn the best periods to visit Goteborg to discover its soul - authentic festivals, events and celebrations. We will also reveal the interesting habits, attitude towards the world and to tourists in Goteborg.