Sightseeing in Kristianstad - what to see. Complete travel guide 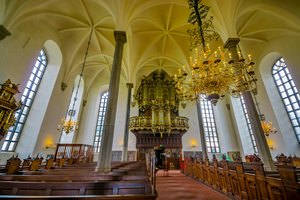 Kristianstadt is a city in the southern part of Sweden. It is located in the mouth of the Helge River on the north of Hammarsjön Island. The city is the administrative center of Kristianstadt district. The population of this place estimated 77,000 of people in 2009. Today the city is also an administrative center of the local council Skone. Previously Kristianstadt has been an important military barracks center.
Cuisine of Kristianstad for gourmet with top restaurants and cafe
The local cuisine is rich in unusual traditions that may seem quite original to foreign guests. For many years, meat dishes have been the basis of the regional cuisine. Here they prepare …

Open
This city is famous for well-developed metal processing, sewing and textile industries. Kristianstadt is also famous for machinery building.

In Kristianstadt is located the lowest spot of Sweden – 2.41 meters below the sea level. Because of this fact the city has to be always protected from water by a system of dams equipped with pumps.
Kristianstadt is surrounded by a large valley. There are only two relatively tall hills on north-east and east. These hills are called Kjugekull and Balsberget respectively. South to the city is located a small territory that has got the title of the only rainforest of Sweden. Copyright www.orangesmile.com
Authentic traditions, festivals and lifestyle of Kristianstad inhabitants
Local people are very calm and restrained so it's almost impossible to see any manifestation of turbulent emotions on the streets or in public places. However, they are not indifferent to …

Open
If you want to observe sights of Kristianstadt, make a walk on the center of the city. Go to main streets that are called boulevards, visit City’s Gates, Stora kronohuset (a former building of military court), railway station, look at numerous beautiful hotels and observe Heliga Trefaldighetskyrkan Church and Kvarnen Theatre. 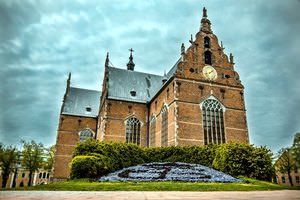 A very interesting historical object is the Castle of Beckaskug, which was built in the 13th century and was originally a monastery. For hundreds of years, the castle has been rebuilt and its status changed. The most significant changes occurred during the reign of Charles XI. By the middle of the 20th century the castle was completely deserted. In 1956, it was taken over by the state and was converted into a cultural center. Now it hosts various training courses, conferences, lectures and other events, which is accessible to everyone.
Excursion over cultural sights of Kristianstad - 'must visit' points of interest
Kristianstad is famous for its unique historical monuments that can be found here literally at every step. In the very heart of the city is the beautiful Heliga Trefaldighetskyrkan, which is …

Open
The biggest cultural center in the city is the Museum of Local Lore. It will be the best place to get acquainted with the traditions of local people. In the huge museum there are several rooms, each of which represents a certain thematic collection. There is a large hall with interesting archaeological finds, and halls with works of art and ethnographic exhibits. In 1972, this museum had an interesting branch - the Museum of Cinema. They are located in the same building. The museum-branch stores the old scenery and other attributes that were used when shooting the very first films. 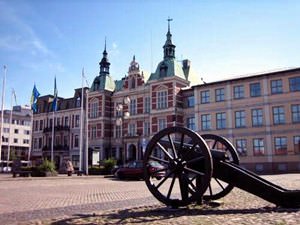 One of the most picturesque places in the city is the Tivoli Park. A walk in it can turn into an interesting excursion. In the territory of this garden is the City Theater. Also here, you can see a very beautiful old cottage, which was built in 1886. In this park, there are two beautiful ponds in which ducks live. Many cozy arbors and playgrounds for children are also equipped here. One of the most famous architectural monuments of Sweden - the building of the First Hotel Christian IV is located in Kristianstad. This unique building with a richly decorated façade was originally used as a bank, and today it houses one of the most prestigious hotels in the city. The old building managed to preserve not only its unique appearance, but also its interior design. In its rooms, there are beautiful vaulted ceilings, and in some rooms there are ancient fireplaces.
Your active city break in Kristianstad. Attractions, recreation and entertainment - best places to spend your day and night here
The most popular leisure area among townspeople and guests of the city is the beautiful Tivoliparken Park. This unique natural oasis with a very calm and relaxing atmosphere is just a …

This guide to iconic landmarks and sights of Kristianstad is protected by the copyright law. You can re-publish this content with mandatory attribution: direct and active hyperlink to www.orangesmile.com.
Kristianstad - guide chapters 1 2 3 4 5 6 7 8

City tours, excursions and tickets in Kristianstad and surroundings

Survived castles around Kristianstad
♥   Castle 'Ovesholm Castle' , 8.9 km from the center. On the map

National and city parks around Kristianstad
♥   National Park 'Stenshuvud' , 42.8 km from the center. On the map

Search touristic sites on the map of Kristianstad

Sightseeing in regions nearby Kristianstad

Malmo
Malmo is not only an important port, but also the third largest city in Sweden, which is located on the south of the country in the picturesque region of Scania. Malmo is the capital of the region. In XIII century Malmo was a small port town that prospered thanks to fishing and selling salt herring. For a long time this place was part of Denmark. However, due to constant ... Open »
Helsingborg
Despite such huge destructions the city has managed to preserve several old buildings. Walk in the old part of the city and you will see St Mary's Church, Town Hall and Kernan Tower. Other places that are worth visiting are Fredriksdal Museum, Henry Dunker Culture Center and House of Jacob Hansen. However, the local open-air museum is still the most unusual cultural center of ... Open »
Helsingor
However, Count Adam Moltke purchased the estate in the middle of the 18th century. The count asked his architect to reconstruct the building. This is how Marienlyst Castle got the façade that we can see nowadays, as well as many other interesting elements of design. Nowadays, the castle is open for guests. Starting from the 30s of the previous century, a museum dedicated to ... Open »
Copenhagen
Eriksen's wife, prima ballerina Ellen Price, was the model of the statue. The face of the Mermaid looks much like hers. By the way, unknown vandals beheaded the Mermaid several times, so the current head is not the original. In the 60s the Mermaid regularly became the centre of different protest actions, it was even desecrated many times. Those times have passed, but, ... Open »
Halmstad
You will also find an open air museum in this city, which is a small village similar to those that existed in this region in the 12th – 14th centuries. The museum is located in a beautiful area between woods, forests, and mountains. Here you will see small houses, and the observation deck featuring stunning views of Halmstad embankment that stretches along the river. One ... Open »
Roskilde
The Roskilde Cathedral got a pipe organ as a gift in 1554. The beautiful church was expanded and rebuilt several times in the coming centuries. The main Boys’ choir was established here in 1987. The choir is still very popular and regularly makes international tours with performances in different cities of Europe and America. The cathedral is a very popular tourist ... Open »

All about Kristianstad, Sweden - sightseeings, attractions, touristic spots, architecture, history, culture and cuisine. Prepare your trip together with OrangeSmile.com - find out the 'must see' things in Kristianstad, which places to visit, which excursions to take, where the breathtaking views are waiting for you. Planning your trip with this travel guide will help your to get the most out of Kristianstad in few days.