Sightseeing in Helsingborg - what to see. Complete travel guide 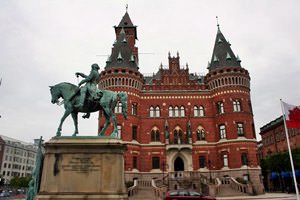 This city is located in the southern part of the country. This is a major trading port, a famous industrial and transportation center. First mentions of Helsingborg refer to the beginning of the 11th century.
Due to the fact this city has an advantageous trading and strategic location, its territory has always attracted the attention of numerous countries. In the 13th century the Danes built a fortress in the central part of the city. With the help of this fortress they have controlled the access to the Baltic Sea. The city was damaged badly during the Danish-Swedish war. The city was added to the territory of Sweden in 1710. At that time Helsingborg has almost completely laid in ruins. Right after the war the city had been struck by the plague, which killed thousands of local residents. Helsingborg managed to recover after these tragic events only in the second half of the 19th century. It started developing into a famous trading area. Here have been opened several steel mills and factories dedicated to ceramics manufacturing.
Despite such huge destructions the city has managed to preserve several old buildings. Walk in the old part of the city and you will see St Mary's Church, Town Hall and Kernan Tower. Other places that are worth visiting are Fredriksdal Museum, Henry Dunker Culture Center and House of Jacob Hansen. However, the local open-air museum is still the most unusual cultural center of this city. The museum occupies quite a large and impressive territory. Here you will find a spacious park, several gardens, farms and old houses. Copyright www.orangesmile.com
While walking in such remarkable places you will see numerous restaurants and cafes, in which you can relax and share experiences about the excursions you have participated in. Nightlife fans will find much fun is numerous nightclubs and discos. Shopping fans will surely find an interesting avenue or retail space in any part of the city. 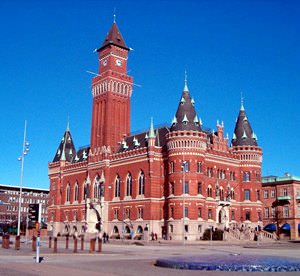 One of the oldest constructions in the city is the House of Jacob Hazen built in 1641. This beautiful house in the national style has preserved its original appearance. Today, the historic building serves as a hotel. There is a restaurant on the ground floor. The historical hotel is distinguished by its large conference center where important business meetings are held.
The architectural monument of the later period is the villa of consul Persson that was built in 1848. Initially, the villa belonged to one of the rich local counts. Then, in 1916, the construction came under the responsibility of the municipal government. In the first half of the 20th century, the building is occupied by offices of one of the large companies and then by a music school. Today, this historic building belongs to the University of Helsingborg. 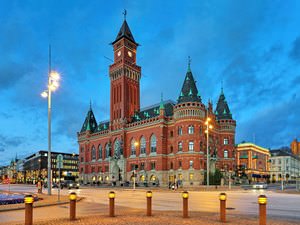 When walking along the North Harbor, you can visit the Dunker Culture House. It is distinguished by its impressive size and offers its visitors a lot of interesting entertainments. Every day, different cultural and entertaining events including special programs for children are held here. The significant part of this building is used for organizing exhibitions. There is also a popular restaurant and pub in the culture house. It is very interesting to visit the culture house during different festivals and national holidays.
The fans of historical attractions will be definitely impressed by the old Sofiero Castle that was the royal family’s residence once. The first castle at its site was built in the early Middle Ages. By the middle of the 19th century, it had already laid in ruins. In 1865, the fortress was reconstructed. At that time, it belonged to Prince Oscar. In the late 19th century, there was a luxurious garden around the castle. It has been surprising with its beauty for over 100 years. 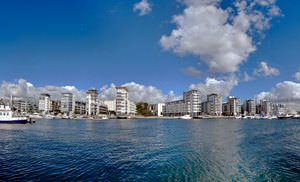 In the territory of the picturesque garden, there is the old Fredriksdal Mansion built at the end of the 18th century. Today, it is occupied with the most interesting museums in the town. The mansion houses the interesting collection of antique relics. The mansion also houses unique antique furniture, old paintings and statues, crockery and different household items that belonged to the villa owners before.
This guide to iconic landmarks and sights of Helsingborg is protected by the copyright law. You can re-publish this content with mandatory attribution: direct and active hyperlink to www.orangesmile.com.

Survived castles around Helsingborg
♥   Castle 'Kärnan' , 0.2 km from the center. On the map

National and city parks around Helsingborg
♥   National Park 'Söderåsen' , 34.3 km from the center. On the map

Art galleries in Helsingborg and around
♥   Art museum 'Louisiana Museum of Modern Art' Humlebæk, 13.3 km from the center. On the map

♥   Art museum 'Nivaagaards Malerisamling' Nivå, 18.1 km from the center. On the map

Sights around Helsingborg from our guide 'Extreme places on Earth' 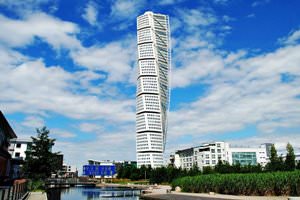 Distance from Helsingborg center - 51.5 km.
The place of construction of the skyscraper has also been chosen by chance. A few years ago on the site of the building one could see a unique Kockumskranen crane. It was indispensable in the construction of ships and became a real symbol of the city. When in 2002 the construction company Burmeister & Wain went bankrupt, the crane was sold to Korea for a symbolic price - 1 dollar. The Turning Torso skyscraper that appeared in its place became a new symbol of the city and entered the number of the most incredible architectural constructions of our time. … Read further 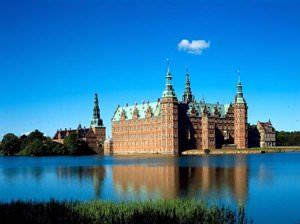 Distance from Helsingborg center - 43.5 km.
In the middle of the 19th century the palace was damaged by the fire, which completely destroyed a series of the original building. The old church, which preserves a multitude of precious treasures, has escaped the fire by a miracle. Among the other places worth seeing are the Marmorgalerie and the picturesque inner courtyard, where the fountain of Neptune is located. … Read further

Search touristic sites on the map of Helsingborg

Sightseeing in regions nearby Helsingborg

Helsingor
Every year, a festival dedicated to William Shakespeare takes place in Helsingor. As it is not hard to guess, Hamlet is the main play that visitors can watch during the event. The popular festival is held in Kronborg Castle. A giant scene appears in the middle of a big yard, and all actors are welcome to participate in the famous Shakespeare’s play. For ten days in August, ... Open »
Copenhagen
The Little Mermaid Statue. Rather a small statue of Mermaid has become one of the most frequently photographed women in the world. Edward Eriksen created it by request of Carl Jacobsen, the founder of Carlsberg beer houses. 'The Mermaid' is a fairy-tale that was created by Hans Christian Andersen. The main heroine saves a prince, when his ship suffers a shipwreck. To have ... Open »
Malmo
Modern Malmo still keeps several reminders of the period of the Denmark governing. These are Malmohus Castle, the oldest Renaissance castle in Scandinavia, which has been used as a fortress and a prison; Stortorget Market Square, and Town Hall. Today the space around and inside the castle is dedicated to several museums. These are the Museum of the City, Art Museum, Maritime ... Open »
Roskilde
According to historic documents, many of which are very old, the first mentions of Roskilde date back to 980. The Danish settlement got its name after the legendary King Roar who supposedly lived here at the beginning of the 6th century. The king did much for the development of the town, and so it was decided to immortalize the Danish ruler and call the city after him. ... Open »
Halmstad
Halmstad is situated on the bank of the Nissan River. These scenic spots and rich historical heritage have long become the major attraction for visitors from European countries. Nowadays this city is widely known to tourists from different parts of the world. You can get acquainted with the history of the city if you make an excursion to the main museum located in the heart of ... Open »
Kristianstad
This city is famous for well-developed metal processing, sewing and textile industries. Kristianstadt is also famous for machinery building. In Kristianstadt is located the lowest spot of Sweden – 2.41 meters below the sea level. Because of this fact the city has to be always protected from water by a system of dams equipped with pumps. Kristianstadt is surrounded by a ... Open »

All about Helsingborg, Sweden - sightseeings, attractions, touristic spots, architecture, history, culture and cuisine. Prepare your trip together with OrangeSmile.com - find out the 'must see' things in Helsingborg, which places to visit, which excursions to take, where the breathtaking views are waiting for you. Planning your trip with this travel guide will help your to get the most out of Helsingborg in few days.