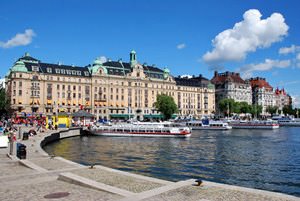 Local residents are distinguished by superior knowledge of etiquette. They are very polite and courteous. Punctuality and diligence, thoroughness and accuracy are the main features that describe the local population. Of course, such qualities deserve the highest praise. Residents of Stockholm are very reliable business partners – in work they are as obliging and punctual, as in any other sphere of life. In their work partners and interlocutors they also appreciate, above all, professionalism and education.
Excursion over cultural sights of Stockholm - 'must visit' points of interest
The majority of historic sites preserved on the territory of the old city are located in the Old Center. Here you can see a beautiful Cathedral of St. Nicholas, several buildings of the 13th …

Open
When it comes to education, it is worth noting a strong attraction of Swedes to self-education and intellectual development. They often self-study foreign languages and, as a rule, speak at least two of them. In communication the locals are rather restrained, and it’s really hard to make them show their emotions. Diligent attitude of local people is reflected not only in domestic and working issues, but also in public order. The streets here are always distinguished by wonderful purity, and beautiful avenues and parks make tourists simply stop in admiration – they are really well maintained and look stunningly attractive. Guests of the city are also encouraged to keep the streets in order. You should also be careful while selecting your clothes - sloppy appearance may become the cause of bewilderment from the side of local people.
Winter Stockholm seemed to come off the Christmas card: snowy, beautiful and with pastry and mulled wine aroma. As in all Catholic Europe, the main holiday here is Christmas, but the New Year in Sweden is also popular. Until mid-December, the Christmas Fair continues to operate in Stockholm. But this is not the main thing. The main event in early December is the annual awarding of the Nobel Prize. The awarding is held in the field of medicine and physiology, physics, chemistry, and literature. Winter in Sweden is mild and snowy. In Stockholm, the air temperature in January is at zero. To celebrate New Year, local people meet with friends and go to enjoy the salute. If you are planning to celebrate New Year in Stockholm, note that the favorite place of locals for celebration is the open-air museum Skansen. This museum represents the whole Sweden in miniature. By New Year's, a festive performance is being prepared in different genres, from the church choir to the fire-show, and salute. There are tents with the hot dogs and mulled wine, and if you want something more respectable, take a look at the Solliden restaurant with a festive menu and a beautiful panoramic view of the city. Copyright www.orangesmile.com
Your active city break in Stockholm. Attractions, recreation and entertainment - best places to spend your day and night here
Tourists, who enjoy nightlife activities and energetic dances till dawn, should definitely visit the disco located in Berselii Park. Near the park are located several cozy bars, in which you …

Open
February is the month of design and beauty in Stockholm. Of course, long walks on the street in February are not possible, due to the short light day and severe windy weather. The best choice is to attend two major events in the world of Scandinavian design. The first event is the Stockholm Furniture Fair, which is the largest and most famous Scandinavian interior exhibition-fair. Here are exhibited the furniture, lighting, textiles and interior items for residential and public spaces. The Stockholm International Antiques Fair is an annual event here, founded in 1978. The fair features paintings, collectibles and antiques and even contemporary design works. All of them are put up for sale. So if you are looking for some new item for your interior - the Stockholm International Antique Fair is the best place for it. The tastiest event is held on March 25, when Swedes celebrate the International Waffle Day. Local people dust the old grandfather's cast-iron wafers and cook the dough for wafers according to a special recipe. The waffles are complemented with the traditional cloudberry and blueberry jam. 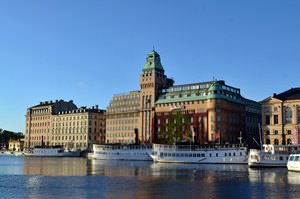 During late April, two traditional holidays smoothly follow one another. On April 30, the Stockholm residents celebrate the birthday of the King of Sweden. While in the evening of the same day, the Swedes celebrate the Walpurgis Night - the official occasion to jump over the fire, and then break away at the bar. In May, the so-called street tourism is awakening here. If you are lucky enough to get to Stockholm at the moment when the Japanese cherry trees start to blossom in the center of the city. In August, Stockholm hosts a major event: the Stockholm Culture Festival, which includes many events at various venues of the city. Virtually all the exhibitions and performances, within the framework of the festival, are free. Fans of mass sports events can participate in the night race in Stockholm, ending with music and dancing. In even-numbered years, the Biennale of gospel choirs is also held in Stockholm. In November, Stockholm hosts an International Film Festival - a significant event for the Scandinavian film industry, where the representatives of European cinematography also come. At the end of November, in the Gamla stan starts a magnificent Christmas Fair, which creates a festive mood among tourists and residents of Stockholm.

This guide to traditions and festivals in Stockholm is protected by the copyright law. You can re-publish this content with mandatory attribution: direct and active hyperlink to www.orangesmile.com.
Stockholm - guide chapters 1 2 3 4 5 6 7 8 9 10 11 12 13 14 15 16 17

Cathedrals and basilicas near Stockholm
♥   S:t Erik Katolska Domkyrkan, Stockholm, 2.5 km from the center. On the map

Survived castles around Stockholm
♥   Castle 'Stockholm Palace Stockholm' , 1.4 km from the center. On the map

♥   Castle 'Haga Palace Hagaparken' Stockholm, 3.4 km from the center. On the map

Unique landmarks in Stockholm and around 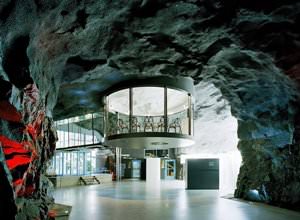 Distance from Stockholm center - 19.4 km.
One of the most secret objects of Sweden is located in Stockholm, we are talking about the center "Pionen". The bunker was built during the Cold War as a shelter for the government, and later a secret complex began to be used as a data center. Currently, the center belongs to the Internet provider Bahnhof. To get to the place of storage of secret servers, you need to go through a long tunnel that goes deep underground. … Read further 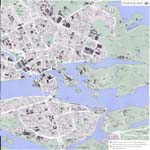 Colors of Stockholm in photos

Traditions and festivals in cities around Stockholm

Uppsala
The festival takes place in summer, so a large part of the concerts and entertainment events are held in the open air, which makes the holiday even more charming. The lively and beautiful university city of Uppsala has a very good-natured and friendly atmosphere. Foreign tourists will feel themselves as welcome guests at the every festival. Local residents are very proud of ... Open »
Vasteras
Spicy herring is considered the main dish of this holiday. It is traditionally served with boiled potatoes. As most festive activities are outdoor ones, all kinds of grilled food are very widespread and popular. When it comes to desserts, strawberry with whipped cream remains the leader as this berry is ripe right before the holiday. Festive activities last until late in the ... Open »
Norrkoping
Most newlyweds want to get married in summer to be able to spend one of their main holidays in nature. Do not be surprised if a horse-drawn wedding procession passes through the streets on a normal summer day - such carriages are a common attribute of weddings. A lot of interesting traditions are associated with regional gastronomy. The formation of local culinary traditions ... Open »
Ventspils
Jani Day or solstice is, without a doubt, one of the most interesting and unusual national celebrations. This holiday appeared approximately during the early medieval years when local people felt obliged to thank Jani, the fertility god, for a good harvest. With time, the holiday lost its sacral meaning and most rituals were forgotten, but local people still follow some of ... Open »
Kalmar
Kalmar has an unusual structure - it is built on several big islands connected by numerous bridges. The total length of bridges in Kalmar is more than 6.5 thousand meters! Remarkably, every bridge has an owner among locals, so each bridge has a plate with the name of its owner. Local people enthusiastically take care of the infrastructure of the city, so all bridges are in a ... Open »
Tallinn
During the year Tallinn becomes the location of numerous interesting festivals and celebrations. For example, in July here is organized traditional Baltic Folk Festival, which always attracts many visitors from other countries. Grillfest is quite an unusual holiday. It is celebrated on the longest night of the year. In the evening the streets are filled with thousands of ... Open »

Cityguide on traditions, mentality and lifestyle of people in Stockholm. Learn the best periods to visit Stockholm to discover its soul - authentic festivals, events and celebrations. We will also reveal the interesting habits, attitude towards the world and to tourists in Stockholm.