Cuisine of Melbourne for gourmets. Places for dinner - best restaurants 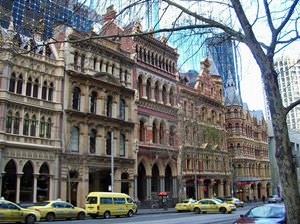 Restaurants of Melbourne will be of great pleasure for genuine connoisseurs of Australian cuisine as well as for those long wishing to try this exotic culinary trend. Ethnic cuisine is a balanced fusion of English, Chinese, Malayan and Japanese culinary traditions and trends. Apart from ethnic dishes local people have a gust of Italian and Greek treats. Restaurants specializing in this gastronomy trends are found everywhere.
Extraordinary weekend in Melbourne - unusual places, services and attractions for travel gourmet
In Melbourne, there is a wide variety of unusual places for walking to chose from. Have you ever been to an open-air art gallery? If you haven't, be sure to take a stroll through Rutledge …

Open
One of the most popular ethnic cuisines is considered to be Vegemite pasta which is made of celery and onion and added with different herbs and spices. The treat may be served as a solo dish or added as a substantial accompaniment to meat or fish dishes. Sea foods are of immense importance in ethnic cuisine of Australia. Genuine gourmands should definitely estimate a fried tempura fish. In addition to the dainty fish treat one can try fried potato or various fresh vegetable salads.
Meat dishes connoisseurs should try meat pie. This treat is offered almost in every restaurant of different trend and class. “Bush Tucker” dish type is one of the most in demand treats among tourists. If the dish in the menu is marked with a Bush Tucker sign then it means that it is prepared on charcoal. Copyright www.orangesmile.com
Shopping in Melbourne - main shopping streets, outlets and boutiques
To explore all the markets and shopping centers in Melbourne, you'll need more than one day full of walks. A must-have is Queen Victoria Market where the most popular and sought-after …

Open
Many connoisseurs of Australian cuisine say that these are exactly the dishes which are justly can be considered ethnic ones as the ways of their preparation and processing were inherited from aborigines. Melbourne is known for its astonishing wines as well. Many tourists give preference to wines as souvenirs and memorable gifts from Australia. To try wines of local production one can set off to any restaurant however the best way to embrace the genuine aroma and taste of the best sorts of wines is right in the winery. 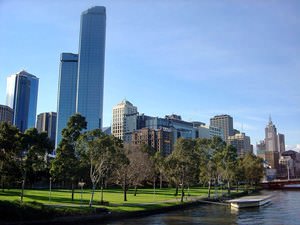 Beer friends will be surprised with Melbourne choice of beer sorts. The city offers many places to try the best sorts of Australian beer. The most popular and known beer sorts are “Queen Victoria” and “Fosters”. These brands of beer are sold now in many countries of the world. Speaking of certain gastronomy destinations of Melbourne, the Flower Drum restaurant is best worth noticing and visiting. This eating house is among the best restaurants of the world. Among the restaurants serving Italian cuisine the Grossi Florentino eating house is the most remarkable one. To try delicious oriental treats tourists should better choose one of the restaurants of the China town.
Top touristic routes around Melbourne: architectural sightseeing and landmarks
Discovering the architecture of Melbourne from bird's eye view! Royal Exhibition, Government House, Shrine of Remembrance, Etihad Stadium, Eureka Tower, Flinders Street Station, all those monuments are defining the image of Melbourne …

Open
Melbourne is a wonderful city for those who have long dreamed of getting acquainted with classic Australian cuisine. Its formation was influenced by the gastronomic traditions of China, Japan, Malaysia, Greece, and Italy. There are also some very unusual traditional dishes. A great example is Vegemite sauce, the recipe of which was invented in 1923. It is the most popular alternative to classic mustard and is served with a wide variety of dishes. The sauce is based on brewer's yeast, to the extract of which they add onions, celery, and special spices. This sauce is served with a variety of meat and vegetable dishes. 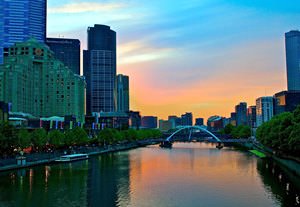 For many years, seafood has remained the basis of traditional Melbourne cuisine. Local chefs prepare wonderful battered fish and serve it with fried potatoes or fresh vegetables. The most popular meat dish is pies stuffed with different types of meat. You can try them even at small restaurants and cafes.
Cultural vacation in Melbourne - fantastic architecture and monuments
State Library of Victoria, St Paul Cathedral, Rod Laver Arena, Rialto Towers, St. Patrick Cathedral, as well as many others, they all become the world's cultural heritage objects and remain as iconic monuments for Melbourne …

Open
Melbourne residents consider meat cooked on the charcoal to be an everyday dish. In the menu, it is presented under the name of "Bush Tucker". Kangaroo meat is in special demand in Melbourne, as well as in many other cities in Australia. A classic steak from it will cost visitors about 25 Australian dollars. 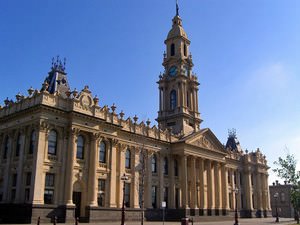 Chocolate remains the main component of the most popular desserts. Several famous chocolate factories operate in the city. Haigh's Chocolates and Gânache have long become popular local attractions, which produce a variety of cocoa products. The factories have shops where visitors can buy various kinds of candies, figured chocolate, cocoa powder for making hot chocolate, and other interesting sweets.
Guide to Melbourne sightseeing - things to see and to visit
Tourists come to Melbourne to make a walk on its beautiful streets, explore the remarkable places of this city and visit most beautiful parks and gardens in the country. There are really …

Open
Tender meringue cake "Pavlova" prepared with fresh exotic fruits is considered a traditional local dessert. The recipe for this cake was invented in 1926 by one of the local confectioners. He decided to name it in honor of the famous Russian ballerina Anna Pavlova who toured Australia at that time. Melbourne offers both upscale restaurants known far beyond the country and lovely family restaurants with affordable prices, so each and every traveler has a chance to explore the local gastronomy.

This guide to cuisine and restauraunt in Melbourne is protected by the copyright law. You can re-publish this content with mandatory attribution: direct and active hyperlink to www.orangesmile.com.
Melbourne - guide chapters 1 2 3 4 5 6 7 8 9 10 11

Where to go for dinner in Melbourne: recommended cafe and restaurants

Searching where to eat - restaurants and cafe on Melbourne map

Cuisine and restaurants in the neighbours of Melbourne

Tasmania
Classical Tasmanian cuisine will impress fans of seafood. Local chefs are adepts in cooking lobster; they also know countless ways to serve salmon. Those who want to enjoy exotic cuisine should definitely taste orange roughly. This kind of fish is bred on local farms; it is considered a gourmet treat. Obligatory attributes of the local menu are oysters, mussels, scallops and ... Open »
Canberra
The majority of popular restaurants of Canberra is located in the central area of the city. However, suburban areas of the city are also not deprived of quality eating places. Many dining facilities accept visitors from early in the morning, so travellers can pamper themselves with local delicacies not only for dinner, but during the daytime as well. The famous Boat House ... Open »
Adelaide
House of Chow is the Asian cuisine restaurant. It welcomes its guests in a spacious hall. The restaurant has its own wine cellar, which stores more than a hundred sorts of the drink. There are even collectible sorts among the wines kept there. Akasha is both a cozy restaurant and a stylish bar with wide choice of snacks. Visit the restaurant to eat truly wonderful meat dishes. ... Open »
Sydney
Seafood platters are also common in local restaurants. The barracuda caught in the Cleveland area is rather popular here. Every experienced chef considers it a matter of honor to cook fish following the author's unique recipe, so in every restaurant barracuda is cooked in a unique way. Another local delicacy is a kangaroo steak. In addition to the dish, great garnish of ... Open »
Brisbane
Restaurants of Brisbane will surely please fans of European and Mediterranean cuisines, as well as connoisseurs of exotic dishes. The city is rich in dining facilities that offer delicious food and really rare delicacies. Most of the city’s restaurants and cafes are concentrated in the waterfront area. As a rule, they specialize in cooking dishes with seafood. The most ... Open »

Travel notes on best cuisine and restaurants of Melbourne (Australia) on OrangeSmile.com. Famous recipes and traditional dishes and courses in Melbourne restaurants. Where to eat - our recommendations on popular places in Melbourne, where you can taste delicious meal and also spend a good time with your friends.