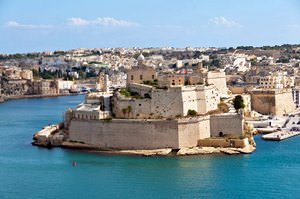 The Maltese are kind hearted and smiley people with excellent sense of humor behaving towards foreign travelers with peculiar curiosity and respect. They are sincerely interested in all aspects of life of foreigners and eagerly share their cultural heritage with them. The family is of core value for every native. All the holidays and fests are traditionally celebrated in the family circle. A great festive table gathers up to four generations of relatives. No special occasions are needed for a festive family dinner as a usual weekend may turn to a Maltese family a motive to have a family holiday together.
Guide to Malta Island sightseeing - things to see and to visit
Everyone, who has ever been in Malta, will never forget this place. Those people, who have never visited it, will always try to get there. Malta is a wonderful country and a famous …

Open
Thus, one of the most popular traditions is Saturday barbecue. The question: “What are you doing Saturday evening?” will get a definite answer from every native, being: “Having a family barbecue!” During a Saturday evening trip to the sea coast one will see numerous fires lighting up the coastline and the air gets saturated with a tempting barbecue aroma. The original Maltese tradition has led to the appearance of numerous pavilions offering various accessories and barbecue tools for sale. There one can buy original spits, quality grills and fireplace log pieces.
The same impressive and striking feature of Malta local folks is their passion for music. Each village and town of Malta definitely has its own orchestra or band. Their performances feature each fest and holiday celebration. Speaking of national character traits, devotion and conservatism are in the focus. The features are peculiar to people of all ages. Maltese can be said to be faithful and devoted to the code and policies of one political party, to support one football team and to bow the knees to one Protector. Copyright www.orangesmile.com
Family holidays with kids in Malta Island. How to entertain your child, things to show to children.
Malta offers tourists with children a wide range of entertainment to meet their every need. The famous Malta National Aquarium is located in Aura resort. This oceanarium is one of the …

Open
Artfulness is another trait peculiar to local people. Local folks may seem rather lazy to many tourists. Actually the natives are rather slow and deliberate in any kind of routine business and play for time in executing of any task given to them. It should be noted that Maltese are rather credent and can talk to new acquaintances for hours. Peculiar to local folks hot Mediterranean temper should not be taken as aggression but simply as a specific trait of character. 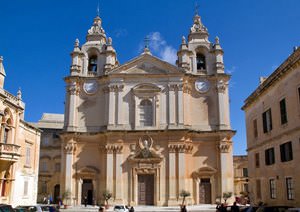 Despite the fact that the shipwreck is not the most pleasant event, Malta annually celebrates a holiday in honour of the disaster. Locals are proud of the fact that St. Paul, as it is believed, was wrecked off the coast of the island. Locals colourfully celebrate this event almost at the beginning of the year on February 10. The celebration includes parades, people leading the procession carry a huge figure of the Apostle and scatter confetti along the way. All this is accompanied by music, mass festivities, and, of course, fun. The most striking events are held in the capital Valetta, where, among other things, solemn services are held in St. Paul's Anglican Pro-Cathedral.
Cuisine of Malta Island for gourmet with top restaurants and cafe
Local cuisine of Malta features unique fusion of culinary traditions of different countries of the world. The restaurants of Malta offer traditional European dishes as well as exotic treats …

Open
February in Malta is a truly eventful month: at the end of the month, the country celebrates carnival, which can be safely called the brightest event on the island. The capital of the carnival is the suburb of Valletta Floriana, but bright events are also held in other areas of Malta-Nadur, the island Gozo, and in Valletta itself. There is an open-air platform in front of the main religious attraction of the city —Church San Publiju. You can visit it on Friday and Saturday to watch and listen to amazing music concerts, and there is a costume parade on Sunday. A distinctive feature of the carnival in Nadur is that the parade participants prefer to dress up in costumes of monsters-witches, vampires, ghosts. 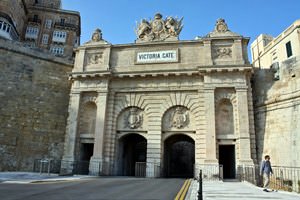 Not only Apostle Paul (the Saint, by the way, is considered to be the patron of the island), St. Joseph, the husband of the virgin Mary, is also famous and honoured Saint in Malta — the day of March 19, as well as February 10 is dedicated to the state holiday. The most striking events take place in two settlements-in Zejtun, which is located in the South, and in Rabat, which is located in the East. Solemn services are held in the churches, parades are held along the Central streets, accompanied by military bands. In the evening, the streets are beautifully decorated with lighting. March 31 is a date when Freedom Day is celebrated. It is timed to the events of 1979 when the British withdrew their troops and Navy from the country. The most colourful military parade can be seen in Fort Bormla and Birgu, from the port of Valletta is sent one of the largest regattas in Malta with traditional boats "daisa".
Excursion over cultural sights of Malta Island - 'must visit' points of interest
Each city of Malta boasts unique landmarks and sights which will be of great interest for tour fans. A major part of historical objects is located on the territory of Valette. The city …

Open
Among other public holidays — Victory Day, celebrated on September 8, and it is dedicated to three achievements at once: the defeat of the Ottoman Empire in 1565, the end of the war with France in 1800, and the end of the bombing by Germany, which happened in 1943. In Valletta, as in other cities of Malta, military parades are held, accompanied by mass festivities, the holiday reaches its apogee when you can see the fireworks in the evening sky. In addition, the coastal cities of the island organize a solemn and colourful regatta "Regata de Il Madonna tal Vitorja" with the inherent national flavour of the celebration — the fact is that the vessels are traditional boats "daisa". The Republic Day (December 13) is a colourful event, celebrated with large-scale military parades and horse shows in the capital of the state.

This guide to traditions and festivals in Malta Island is protected by the copyright law. You can re-publish this content with mandatory attribution: direct and active hyperlink to www.orangesmile.com.
Malta Island - guide chapters 1 2 3 4 5 6 7 8 9 10 11

Cathedrals and basilicas near Malta Island
♥   Santwarju Bazilika tal-Madonna tal-Karmnu, Valletta, 4.8 km from the center. On the map

♥   Katidral Metropolitan Ta’ San Pawl, Mdina, 6.1 km from the center. On the map

Malta is a small island state in the Mediterranean Sea. Since the 16th century Arab and European empires fought for its lands, which could not but affect the national composition and culture of the country. Initially, the local inhabitants of the Maltese archipelago were descendants of ancient Phoenicians who colonized the islands. The centuries-old Arab presence has had a significant impact on their culture, traditions, cuisine and language. Since the 13th century, Malta has become part of Sicily. The islands have begun active integration of European culture, which continued with the colonization of Great Britain. The official languages ​​in Malta are English and Maltese, based on Arabic with an admixture of Italian. Despite lasting Arab influence, 98% of the Maltese believers belong to Catholicism. Local residents are quite conservative. The family plays a fundamental role in the life of the Maltese. Locals celebrate holidays in a wide family circle, which includes distant relatives. In order to get together the whole family, they do not need a special reason - enough a desire to see one’s relatives. Family dinners or lunch often gathers at the table dozens of people. The meeting easily grows into a merry and noisy holiday. The standard of living in Malta is quite high, which allows locals to feel comfortable and enjoy a serene life in this beautiful region of the Mediterranean. … Open

Colors of Malta Island in photos

Traditions and festivals in cities around Malta Island

Valletta
Many interesting celebrations take place during the Holy Week. As a rule, the solemn events start on Friday that precedes Good Friday. A solemn procession takes place on the streets of Valetta, and people are carrying the statue of Our Lady of Sorrows. On Maundy Tuesday, a very interesting event takes place in the city. It is called the “seven visits”. It is believed that ... Open »
Comino Island
Gozo has its own unique atmosphere. Compared to Malta, the island is not that inhabited and less popular among tourists, so the local pace of life is calm and measured, as it was hundreds of years ago. You just have to adjust to it. Don’t expect the service at the cafes and restaurants to be fast, don’t rush them and don’t disturb their joy of life – then they will ... Open »
Catania
The culture of local people is very interesting and original. It is based on centuries-old traditions and customs, which are widely known and cherished in absolutely every family. The succession of generations is the key that lies in the heart of family relationships. Young people respect the elders and always ask them for advice. Many families live in large homes. Sometimes ... Open »
Sicily
Cultural traditions of Sicily represent a unique phenomenon, which has found expression in the most interesting folk festivals and customs. During the year, the island celebrates a variety of festivals dedicated to numerous saints and the patron of the city. Locals also honor important historical events and organize interesting secular celebrations. A true symbol of the island ... Open »
Palermo
The most significant and remarkable event in the cultural life of Palermo city is the World Festival on the Beach attracting more and more foreign guests year after year. The festival is held in late May. A major part of the entertaining events of the festival takes place on the territory of a scenic beach named Mondello. An essential part of the festival is a range of sporting ... Open »
Calabria
Cooking is an important part of national culture. During the year Calabria hosts over twenty interesting holidays devoted to culinary topics. Many cities and regions of Calabria specialize in growing certain fruits and vegetables; it is safe to say that each representative of vegetable and fruit crops have its holiday. Sagra delle Range or the Festival of oranges is held in ... Open »

Cityguide on traditions, mentality and lifestyle of people in Malta Island. Learn the best periods to visit Malta Island to discover its soul - authentic festivals, events and celebrations. We will also reveal the interesting habits, attitude towards the world and to tourists in Malta Island.