Cuisine of Liepaja for gourmets. Places for dinner - best restaurants 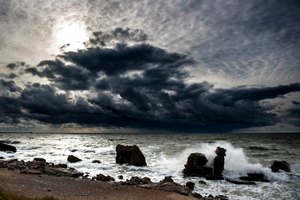 One of the most popular restaurants in Liepaja is located in the heart of the city, close to busy and crowded streets. We are talking about the Barons Bumbier's restaurant serving national cuisine. During the warmer months, its tables are served in the beautiful garden. In order to protect visitors from the hustle and bustle of the street, the garden is enclosed by a glass wall. The restaurant's menu features the most popular local dishes. Finishing your meal you can order a delicious dessert and a cup of fragrant linden tea.
Guide to Liepaja sightseeing - things to see and to visit
Liepaja is a famous port city that is located on south-east of the Latvian Republic. This is one of the largest cities of Latvia. Liepaja means “the city under limes”. This is truly so. …

Open
The Piano restaurant features a smart interior. Its spacious hall can accommodate more than a hundred visitors. Guests can enjoy a popular Latvian cuisine and classic European dishes; for visitors with children there is a special menu. Restaurant would be suitable for festive parties too.
Not far from the Trade channel there is the Libava restaurant. This place has a very interesting history. Several centuries ago there has been city's largest fish market on this site. Later it was moved to a different location, and that place was occupied by the great seafood restaurant. If you believe the opinion of indigenous inhabitants, the most original and delicious fish dishes are cooked in Libava. Fans of meat treats also won’t be bored there, as a lot of pleasant surprises are waiting for them. Copyright www.orangesmile.com
Family holidays with kids in Liepaja. How to entertain your child, things to show to children.
The Latvian city of Liepaja lying on the picturesque coast of the Baltic Sea is a wonderful place for spending vacations. And if the question arises whether to take children with you or not, …

Open
Fans of meat dishes would also like another restaurant, Oskars. One of his specialties is the fillet of beef cooked with an addition of special spices and seasonings. The dish is not only cooked in an unusual way, but is also served in a unique manner. Slices of roasted meat are spread over the oak plank to retain special taste and aroma. Among international restaurants Vecais Kapteinis is worth mentioning. It has won recognition not only among travelers, but also among local residents. In its extensive menu you can find dishes from around the world, including unusual entrees, meat and fish specialties. The Vecais Kapteinis restaurant also has an impressive selection of beverages. 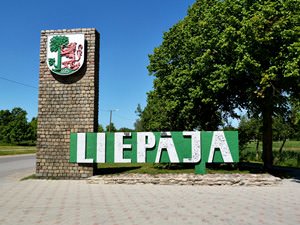 Thrifty travelers would like the budget restaurant Čili Pica; its menu includes the most common and popular European dishes. However, this moderate place can surprise gourmets. Among special treats, pizza is particularly popular. Italian dishes here are prepared on special Latvian manner.
Authentic traditions, festivals and lifestyle of Liepaja inhabitants
The real prides of Liepaja are its folk customs. City residents cherish the cultural traditions, many of which remain unchanged for several hundreds of years. The city hosts a lot of …

Open
The traditional cuisine of Liepaja is very simple and hearty, dozens of interesting dishes are prepared here from the most affordable and well-known products. Local residents have always paid great attention to ecological safety so local products are not only incredibly tasty but also very healthy. They prepare a lot of interesting fish and seafood dishes, at the markets and gastronomic shops, you can buy seasonal vegetables and fruits from local ecological farms. 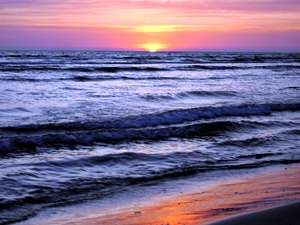 One of the main gastronomic specialties is cod, this type of fish is prepared in hundreds of ways. The most common recipe, which became widely spread in Liepaja, is cold-smoked cod. You can try it at all local restaurants or grocery markets. In restaurants, fish is usually served with a garnish of potatoes and onions, decorated with fresh dill and a little cream. The way of serving the popular dish is also pretty interesting - it is customary to serve it in special ceramic pots.
Excursion over cultural sights of Liepaja - 'must visit' points of interest
Begin to explore the city visiting the main square, Rožu laukums. In the 18th century, there has been a large market there; in 1910 it was moved and the historic square was renovated. A …

Open
Here, it's hardly possible to imagine a full meal without delicious fresh bread. Especially common are various types of rye bread having a very rich taste and aroma. Some types of bread have been baked in Liepaja according to unchanged recipes for hundreds of years. Everyday local dishes include all kinds of soups and cereals, which can be cooked with both meat and fish. 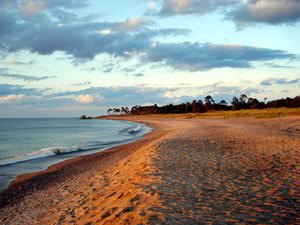 Creamy soup with herring is quite an unusual version of the first course. Potatoes and several types of onions are always added to it. Despite such an original combination of products, the taste of the soup is truly fantastic. No less original is beer soup to which they add boiled eggs, cottage cheese, rye crisps, and various spices. A little fresh sour cream should be added before serving.
Your active city break in Liepaja. Attractions, recreation and entertainment - best places to spend your day and night here
Liepaja is not rich in noisy entertainment centers. On the contrary, it'd be interesting to visit the city for lovers of quiet walks and natural attractions. Numerous artificial mounds and …

Open
In the summer, Liepaja restaurants offer their guests a wide selection of cold soups, as well as several original sweet soups made from berries and fruits. Be sure to try farm dairy products while in Liepaja. Exclusive cheeses, excellent cottage cheese, and other popular types of dairy products are produced on the outskirts of the city.

This guide to cuisine and restauraunt in Liepaja is protected by the copyright law. You can re-publish this content with mandatory attribution: direct and active hyperlink to www.orangesmile.com.
Liepaja - guide chapters 1 2 3 4 5 6 7 8 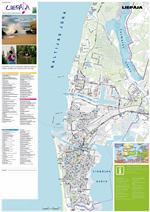 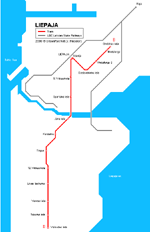 Searching where to eat - restaurants and cafe on Liepaja map

Cuisine and restaurants in the neighbours of Liepaja

Palanga
Soups are an integral part of ethnic cuisine. Soup with dumplings is one of the everyday foods of local people. Those tourists, wishing to try even more exotic treats of ethnic cuisine, are recommended a beetroot soup added with kefir. Ethnic menu will be of great interest and pleasure for fish treats fans as well. Original treats made of sea foods are served almost in every ... Open »
Klaipeda
Ararat Armenian restaurant has remained one of the most popular venues of the city for many years; meat treats make up the basis of its menu. Only here visitors will have an opportunity to taste the eastern kebab meat and nourishing soups, and enjoy desserts and pastries after the end of the meal. Ararat is famous because of rich selection of beverages including wines and ... Open »
Ventspils
Bubert remains one of the most famous national dishes. It is a light semolina pudding with vanilla, nuts, and various fruit sauces. Tourists who want to enjoy a hearty and delicious food are recommended to try the so-called “peasant breakfast” in Ventspils restaurants. It is a big plate with smoked briskets, homemade sausage, and boiled potatoes that are covered with mixed ... Open »
Jurmala
A porridge-like dish with an unusual name Putra of cereals and vegetables with lard and smoked meat is interesting. Fish add to this dish less often. You should taste an unusual combination of potatoes and cottage cheese. It is popular among residents of Jurmala. Usually, fat cottage cheese is used for cooking this dish. It is stirred with sour cream. You should also taste ... Open »
Riga
Charlstons restaurant is considered one of the most popular institutions of the city. The restaurant is located near the center. During the warm part of year the tables of the restaurant are served on the terrace in the courtyard. Here visitors of Charlstons are able to select from the widest choice of culinary delights and enjoy relaxing atmosphere. The specialties of the ... Open »
Kaliningrad
"Yakitoria" restaurant is very popular among fans of Japanese cuisine; here there is an attractive selection of sushi and rolls. The restaurant is decorated in oriental style and features a spacious terrace, which is accessible to visitors during the warm season. Among the restaurants of Mexican cuisine is "Tabasco", and fans of Italian cooking will like the pizzeria "Don ... Open »

Travel notes on best cuisine and restaurants of Liepaja (Latvia) on OrangeSmile.com. Famous recipes and traditional dishes and courses in Liepaja restaurants. Where to eat - our recommendations on popular places in Liepaja, where you can taste delicious meal and also spend a good time with your friends.