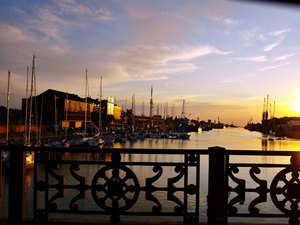 The majority of tourist routes in Latvia start with a visit to Riga. There’s nothing strange in that as in the capital it’s possible to see main symbols of the country and most interesting sights. The Riga Castle is one of the oldest buildings in the city. The castle was built in the 14th century and during its long history the purpose of the castle was changed several times. Today the castle is the president’s residence and location of several important museums – the Museum of Latvian History, the Museum of Foreign Art, museums of literature and music. The architectural complex named “The Three Brothers” is also a prominent landmark of Riga. These are the three buildings located on Maza Pils Street. The first building was constructed in the 15th century, and the remaining two were added a bit later. The buildings are made in same style and look quite fascinating together.
When and where to 'hang out' in Latvia - festivals and celebrations
Latvia has a rich folklore heritage. Some customs existing in this country are not found anywhere else in the world. On December 25, Latvians …
Read further
The Dome Cathedral is one of the main churches in Riga. The building of the cathedral was started in 12111 and lasted till the 18th century. A beautiful tower made in Baroque style is the signature symbol of the cathedral. The height of the tower is 90m. Right in front of the cathedral starts Dome Square that is often chosen as the location of various performances, fairs and other entertaining events. Perhaps, the Cat House is the most unusual place in Riga. There is an interesting legend connected with the building. Long time ago the house belonged to a noble citizen who, however, was not accepted to the guild. To express his protest, the citizen decorated his house with figures of cats and put cats in a particular way so that their backs were facing the guild house. The figurines of cats have remained on the building, but their position was adjusted.
Besides Riga, travellers will be interested in visiting the city of Sigulda, which is located in a beautiful national park. Sigulda medieval Castle remains the main landmark of the city. The castle was built in 1207 by Livonian Knights. Unfortunately, once a magnificent protective facility, the castle was partially damaged and now tourists can see only a part of the wall, a couple of towers and a small square. Another Latvian city, Rundale, is known mostly because of the same named palace. Rundale Palace is a beautiful baroque building constructed in the 8th century by project of famous architect Rastrelli. The palace has been turned into a museum, where guests will see collections of magnificent old furniture, mirrors, pictures and other items. There is also a rich collection of vases and sculptures made from china. Copyright www.orangesmile.com
For active traveler - national parks, landscapes and nature of Latvia
Latvia is known for its clean air, fertile soil, lush coniferous and deciduous forests covering almost half of the country's territory, and clean …
Read further

The modern country started to be formed in 1201 when Bishop Albert Buxthoeven had ordered to establish the city of Riga. Eight years later, the first state called Livonia was formed. Consequently, it caused multiple military conflicts between big neighboring countries. The Russian Empire repeatedly tried to capture the territory of Livonia. 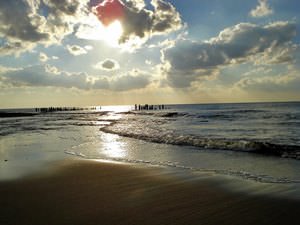 The Latvian nation was formed in the 17th century. One of its most difficult historical stages was a turn of the 19th - 20th centuries. It was marked by a series of revolutions and internal political conflicts aimed at achieving the complete independence of the country. Latvia became independent from Soviet Russia in 1918 and from the USSR in 1990.
Top architectural sights of Latvia
Monuments and architectural objects, notable for the history and culture of the country. …
Read further
Despite the fact that Latvia has been one of the most popular tourist countries for many years, it has managed to preserve its calm and peaceful atmosphere. Even in the midst of the tourist season, it is possible to enjoy peaceful recreation at large local resorts. Besides rich sightseeing programs, Latvia offers its guests a lot of prospects for organizing their vacation. 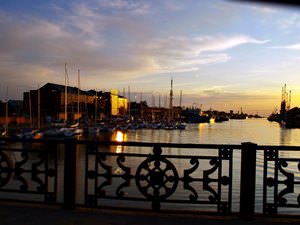 Jurmala is notable for its enchanting beaches and fascinating parks. There are also magnificent forests near the resort. In Jurmala, a lot of festivals and other holidays involving tourists from different countries are annually celebrated. Liepaja that is very popular with fans of peaceful recreation is not limited only to beaches too. There are popular hiking routes near the resort. When walking, you can see interesting nature attractions. Liepaja is also distinguished by multiple jewelry shops where you can buy exclusive amber items.
National cuisine of Latvia - specialties, recipes and restaurants
Latvia deservedly bears the title of the heart of the Baltics. On its territory, it has gathered many cultural, historical, architectural, and …
Read further
In Latvia, there are several wellness resorts. The country is notable for its healing springs and lush coniferous forests. Along the Latvian coastline, a lot of balneological centers, health camps and modern spa centers are open for all fans of health recreation. The country is characterized by its mild climate, so travelers visit it almost in any season. In winter, it is very interesting to come here on Christmas Eve.

This article about iconic landmarks and sights of Latvia is protected by the copyright law. You can re-use the content, but only under the condition of placement of an active link to www.orangesmile.com.
Latvia guide chapters 1 2 3 4 5 6 7 8 9 10 11 12 13 14

National and city parks of Latvia
♥   Nature Park 'Adamovas ezers' . On the map

Palaces in Latvia
♥   Palace 'Mitava Palace' . On the map

Famous and uniques places in Latvia from our review series 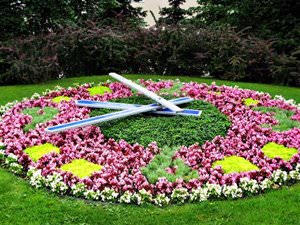 Travelers who plan to visit the Latvian city of Ventspils certainly have to admire the flower clock. The old Latvian town has a good tradition of decorating the streets and parks with incredible compositions of plants. Ventspils can be named the flower capital of Latvia. Not surprisingly, a variety of floral arrangements includes the luxurious flower clock. It’s situated at the intersection of Lielais Street and Kuldigas Street.

This clock doesn’t feature an impressive scale, but the beauty of the design can compete with the most famous clock in the world. Fans of the landscape art will be interested in watching other flower installations. In the Children's Town, you can see The Duck Family; floral rabbits are installed in the Adventure Park. One of the main attractions are flower … Read all
Country maps

Sightseeing in popular cities of Latvia

Riga
Three brothers. The architectural ensemble named Three Brothers , created in the XV, XVII and XVIII centuries, consists of three houses. These are the oldest stone buildings in Riga. The ensemble gives an idea of how people used to live in one of trading and artisan quarters of Riga. After a major restoration that was made in the 50s of the previous century the houses have been turned into architectural museums. Church of Maria Magdalena. The small church of Maria Magdalena was built … Read more

Daugavpils
In 1577, the Russian tsar Ivan the Terrible captured the Livonian Dünaburg castle and ordered to build a new settlement on its site. This new town, Dvinsk, was continuously attracting Sweden and Poland, causing frequent armed conflicts. In the 50s of the 17th century, the Russians captured the town and renamed it as Borisoglebsk. This was not the end of fights for this region. In 1667, Poland captured the town, and Russia established its authority over the region again in 1772. For several … Read more

Jurmala
The beach located at the Majori district is usually the most crowded and noisy. It is an ideal place for all young travelers. The spacious beach has numerous sports grounds, beach gear rental offices, bars, and restaurants. Dubulti Beach is a calmer place perfect for peaceful relaxation. This beach also has a developed infrastructure. Fans of surfing usually head to another beach, Pumpuri, as this coastal area has waves nearly all the time. In summer, banks of the Lielupe River are transformed … Read more

Cesis
The history of the town started more than eight centuries ago. First mentions of this settlement date back to 1206. This is when Venden Castle was built in the area. The castle gave the town its first name. Initially, the castle was made from durable wood. A local tribe known as the Vends was the first dweller in the building. Modern Latvians originate from this tribe. The castle was rebuilt later, and wood was replaced with stones. At that time, this was the most protected fortress in the … Read more

Liepaja
Attention of tourists is drawn by an unusual building, built of red brick - the “old prison Karosta”. It was built in 1900 and lost its importance very recently. The prison worked in this historic building for nearly a hundred years. In 1997, the government of Liepaja decided to close the prison, and set up the museum in the historic building. The essence of the museum is very simple - it offers visitors a chance to feel themselves in the role of prisoners, walk around the cells and assess … Read more

Ventspils
A very unusual historical symbol of the city is the House of Writers and Translators - a miniature old house with a tiled roof. In the middle of the 19th century, this building housed the city hall. When it was decided to move it to a newer and larger building, the former Town Hall was equipped with a certain resemblance of a hotel, but only literary figures and translators were accepted. The tradition of taking cultural and art figures from all over the world into this historic home has … Read more

Bauska
According to historical data, first settlements in the territory of modern Bauska existed long before the 15th century. However, there are not many records left, and the information that we have now is very incomplete. Local settlements started developing actively in the mid-15th century. This is the time when a castle of the Livonian Order was built near the town. According to historic records, a settlement named Schildburg grew in this area. However, Gotthard von Kettler ordered to destroy … Read more

Liepajas Region
The park area was launched at the beginning of the 20th century. Initially, a sanatorium with baths and fountains was located on that site. Nowadays, the park is more than 50 hectares large and has roughly 150 trees and bushes of different species. In the middle of the 20th century, the richest people in the country were building their country houses in the park. Later, the gorgeous park area became open for general public. In summer, numerous cafes and restaurants work in the park. There are … Read more