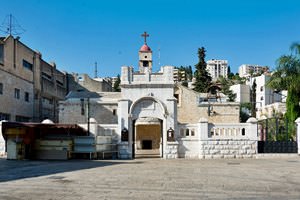 Nazareth is a major religious center whose shrines are annually visited by thousands of pilgrims from around the world. This feature could not but affect the life of the townspeople and their traditions. Religious canons are manifested in literally everything here. Locals do not wear bright or revealing clothes to show their respect for the local culture. Clothes for city walks should be as modest and neutral-colored as possible. Particular attention to clothes should be paid when visiting local religious sites, in which case the dress code will be even more strict.
Cuisine of Nazareth for gourmet with top restaurants and cafe
Guests of Nazareth will have the opportunity to appreciate the features of traditional Israeli cuisine famous for the diversity of dishes. The main products used in local gastronomy are …

Open
Local culture requires compliance with certain rules of behavior in society. On the street and in public places, it is not customary to talk loudly or show excessive emotions. Even local gastronomy was influenced by religious traditions. Restaurants use only halal products for cooking. The highest demands are placed on the preparation of fish and meat.
Throughout the year, local people celebrate a lot of interesting holidays, most of which are religious. A beautiful annual holiday is organized on the occasion of Easter. It is noteworthy that in most countries of the world, believers prepare Easter cakes for this holiday, while the main festive treat for residents of Nazareth and other Israeli cities is matzo - unleavened flatbread. Copyright www.orangesmile.com
Excursion over cultural sights of Nazareth - 'must visit' points of interest
The main attractions of Nazareth are religious shrines, among which a special place is occupied by the Basilica of the Annunciation. According to legend, the basilica was built in the very …

Open
No less interesting holiday is Hanukkah, the first mention of which dates back to the 2nd century BC. For over 2,000 years, locals have been celebrating a festival dedicated to the cleansing of the Jerusalem Temple. Hanukkah is sometimes called a "children's" holiday due to the fact that it is a day off only at schools. 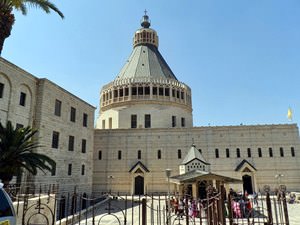 There is no ban on working for adults. According to one tradition, adults should give children some money so that they can buy sweets for themselves. The main holiday dish is “Latkes” - potato pancakes. They celebrate Hanukkah in the family circle, a mandatory attribute of the holiday is family board games. According to another tradition, it is customary to decorate home with special candles, which are installed on nine-branched candlesticks.
Your active city break in Nazareth. Attractions, recreation and entertainment - best places to spend your day and night here
Although Nazareth cannot offer a variety of entertainment centers and amusement parks, besides regular tours, its guests can diversify their holidays with other activities. One of its …

Open
Among all the holidays with historical roots, Purim deserves special mention. It is held in memory of the Jews who survived the reign of the Persian Empire. During solemn synagogue services, it is customary to read the old scrolls of Esther. 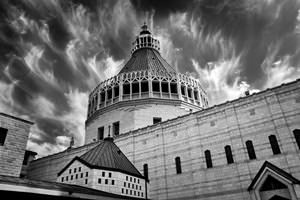 A compulsory part of the celebration is a festive meal. Wine is necessarily put on the table along with the main holiday treat "Hamantash" - sweet poppy seed cookies of triangular shape. This holiday has been associated with charitable traditions since ancient times. Those in need are always presented with sweets and other traditional treats. In recent years, this tradition has taken on a slightly different form. Charity events are still held as part of the holiday, and gifts are given not only to people in need but to absolutely everyone.
Advices to travellers: what you should know while being in Nazareth
1. The entire territory of the historic district is now fully pedestrian. It is banned for cars and even public transport, so you can explore the Old Town only on foot. 2. Traditions in …

Open
An interesting tradition of the festival is theatrical performances. A few hundred years ago, they were very simple and lasted just a few minutes. In the 18th century, all the performances gained a larger scale and became more colorful. Within such theatrical productions, female artists are allowed to wear men's costumes and men, respectively, female ones. Such an exchange of clothes is strictly prohibited in traditional culture. The restriction is removed only for artists on the day of the holiday. 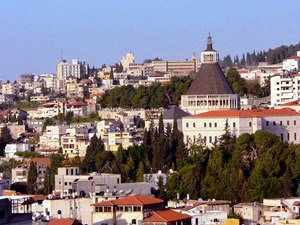 For the inhabitants of Nazareth, an important part of everyday culture is family traditions and everything related to them. One of the main events in the life of local men and women is a wedding, preparations for which begin a few weeks before the ceremony. Like hundreds of years ago, before the wedding, the bride and groom must observe a number of important rules. Some special traditions must be observed by guests.
Guide to Nazareth sightseeing - things to see and to visit
Nazareth is considered a city in which Christ spent his childhood. This is a major center of pilgrimage, which attracts visitors primarily by its history and religious landmarks. The Temple …

Open
So, at the festive wedding table, each guest must drink seven cups of wine. This tradition is a reminder that God created the world in seven days. It is customary to serve only kosher food prepared in full accordance with religious canons. All products for cooking are selected very carefully - they must be "clean". Animals to be slaughtered are fed only with appropriate food during their lives, and the process of slaughtering is carried out with prayers. Such a diversity of traditions makes the local culture incredibly interesting and authentic.

This guide to traditions and festivals in Nazareth is protected by the copyright law. You can re-publish this content with mandatory attribution: direct and active hyperlink to www.orangesmile.com.
Nazareth - guide chapters 1 2 3 4 5 6 7

Cathedrals and basilicas near Nazareth
♥   Basilica of the Annunciation, Nazareth, 0.2 km from the center. On the map

♥   Basilica of the Transfiguration, Mount Tabor, 9.3 km from the center. On the map

♥   St. Elijah Greek-Melkite Cathedral, Haifa, 31 km from the center. On the map

♥   Carmelite Monastery of Stella Maris, Haifa, 33.4 km from the center. On the map

Colors of Nazareth in photos

Traditions and festivals in cities around Nazareth

Haifa
The culture of local people is very interesting, as they observe a lot of awesome traditions and celebrate fascinating national holidays throughout the year. One of the most important religious holidays is Passover. In this day, every local family serves the main festive meal, matzo. Unleavened bread is given to friends and relatives; many of them prefer to keep small pieces of ... Open »
Netanya
In recent years, Netanya has become a popular resort city visited by travelers from many foreign countries. Such active development did not prevent the city from preserving its unique cultural traditions, which are mainly backed by religious canons. They manifest themselves in all spheres of life, including gastronomy. Religious dietary laws of kashrut still remain relevant in ... Open »
Tel Aviv
A significant part of the national holidays has a religious origin; they are celebrated in compliance with amazing rituals and customs. Important historical dates are also honored by locals. Taking into account that Tel Aviv is living according to the lunar calendar, the timing of events may change year-on-year. Tel Aviv is a large modern city that actively adapts to the world ... Open »
Jerusalem
A large part of national celebrations is associated with religious traditions. There is also a large number of festivals organized in the memory of important historical events. All holidays are usually celebrated in a family circle. Every celebration has a number of unique customs and traditions, which are invariably followed for centuries. Virtually every religious holiday ... Open »
Amman
According to one more ancient religious custom, the locals cannot store images of people, including either photographs or paintings. This is the reason why they do not like to be photographed. If someone from the local people gets "in frame" of a photographer, he/she will certainly have to ask a permission to make a photograph. Do not forget to be very careful while selecting ... Open »
Damascus
Residents of Damascus are very hospitable. Such a thing as "uninvited guest" simply does not exist here. It’s quite normal to visit someone’s house without an invitation. An official invitation is required for unfamiliar people only. Traditions are also very important for local people. They are cherished and carefully maintained in virtually all spheres of life. Tourists ... Open »

Cityguide on traditions, mentality and lifestyle of people in Nazareth. Learn the best periods to visit Nazareth to discover its soul - authentic festivals, events and celebrations. We will also reveal the interesting habits, attitude towards the world and to tourists in Nazareth.