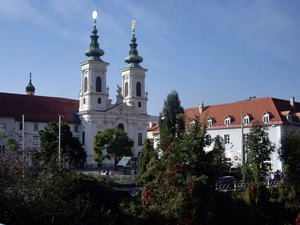 In order to get acquainted with the multifaceted culture of local residents, travellers are recommended to visit colorful national holidays that take place in Graz every year. Each celebration and festival is distinguished by a rich choice of different unique traditions. The tradition to celebrate some festivals first appeared several centuries ago, while other holidays have appeared recently. Regardless of age, these celebrations are surely of a great interest for both locals and foreigners.
Cuisine of Graz for gourmet with top restaurants and cafe
Guests of the city traditionally enjoy visiting Grubers Kehlberghof restaurant that specializes in preparation of dishes of Avesta cuisine. The menu of the restaurant features popular dishes …

Open
The beginning of October is the time for Styrian Autumn Festival, during which visitors are welcome to participate in various musical, theatrical and literary performances. During two months numerous artists demonstrate their talents to publics. The event is traditionally attended by numerous foreign groups. Nowadays the union of nations is often named as the main idea of the festival, but in past the festival was usually organized as a way to celebrate autumn harvest. It was one of the most solemn and important periods of year for the local residents.
In order to thank the nature for rich harvest, it was decided to organize various colorful performances. These days this amazing medieval feast is celebrated in a larger scale. The main city park has become the main platform on which most of performances are held. The territory of the park becomes the location of several scenes that attract connoisseurs of contemporary literature, classical music and theater arts. The park is full of people simply every day. Copyright www.orangesmile.com
Excursion over cultural sights of Graz - 'must visit' points of interest
Graz has prepared a rich program full of excursions for its guests. Travelers should definitely not forget to visit Armoury Museum. The beautiful museum, which was one of the largest …

Open
The Festival of Body Art is one of the newest holidays in the city. After hosting this festival several times Graz was officially proclaimed the world capital of this unusual form of modern art. The event traditionally attracts representatives from various countries. World Bodypainting is known as the biggest event of its kind. During several days experienced craftsmen compete in their skills and show their best works to the audience. Everyone is welcome to get acquainted with this modern culture - during the festival visitors are offered to participate in interesting workshops. 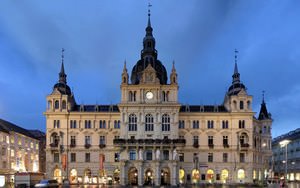 We simply can’t fail to mention numerous religious festivals, the most symbolic of which is All Saints Day. The first mentions of the festival belong to the 7th century. During its long history the festival has gained a lot of interesting customs. Nowadays All Saints Day is the time to commemorate dead relatives, and when night falls to the city, many locals try fortune telling. On this day you can try to attract good luck, look into the future and prepare healing teas from herbs and charms. Many traditions have appeared more than one hundred years ago.
Your active city break in Graz. Attractions, recreation and entertainment - best places to spend your day and night here
Fans of active pastime will surely appreciate a huge choice of entertainment venues in Graz. Schlossberg Park is a perfect destination for hiking and outdoor recreation. Here you can spend a …

Open
Arnold Schwarzenegger's hometown offers all possible entertainment all year round - there will always be something to do thanks to festivals held in the city. One of the most famous events in the festival calendar is La Strada taking place between late July and early August. During this event, central streets of Graz become a venue for puppet theater. In addition, other activities such as street theater, equilibrists performances, pantomime, dances, a children's theater program are available to the audience at this time. The atmosphere at the festival is family-friendly. 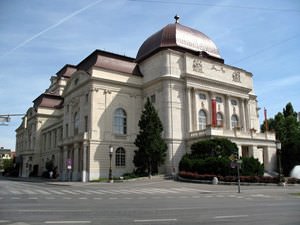 In mid-September, you can witness such an event as Aufsteirern. This is one of the most distinctive festivals, during which you can get to know the local culture as closely as possible through traditional Austrian music, cuisine, dance, and art. You can buy unusual and original things at the fair, and a special interesting program is prepared for children. The festival is more than worthy of a visit, as evidenced by the fact that it is regularly attended by more than 100,000 visitors. Its venues are different locations in the capital of Styria such as Hauptplatz, Karmeliterplatz, and Landhaushof.
Advices to travellers: what you should know while being in Graz
1. You will find many car rental offices in Graz. In order to rent a car, you will need a driving license of the international standard and a credit card with the required amount of …

Open
In late February or early March, when the Elevate Art Festival is held, Graz gathers fans of art, alternative and electronic music. Its venues are Schlossberg, Stadtpark, and Stadtmuseum. At this time, the capital of Styria can surprise everyone - even the most avid skeptics - because they will have a unique opportunity to watch an original show having no analogs anywhere else in the world. Art installations and experimental art fuse together to present the world with a unique combination of a fascinating program that does not leave anyone indifferent. Every year the festival is focused on a certain topic. 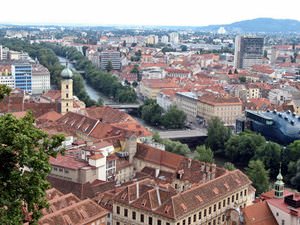 Metal music is also loved in the city, which is confirmed by holding such an event as Metal On The Hill in mid-August. Among its headliners are popular and eminent bands coming from all over the world, mostly from Germany, Scandinavian countries, the United Kingdom, the Netherlands, Switzerland and the host country itself. However, this is for good reason because every metalhead knows that this is where most of the coolest bands playing hard music come from. The venue of the festival is Schloßbergbühne Kasematten, which means that spectators can enjoy camping in addition to an excellent musical program, which will greatly delight fans of outdoor recreation.
Extraordinary weekend in Graz - unusual places, services and attractions for travel gourmet
…

Open
At the same time, that is, in the middle of August, non-metal fans won't be at a loss as well - a gastronomic festival is held especially for them. It takes place in bars, cafes, and restaurants on the central streets of the capital of Styria, and, besides tastings, visitors are offered master classes, seminars, and consultations on how to cook one or another Austrian dish. Eminent chefs from Western Europe present their culinary delights here, making it one of the best events to visit. 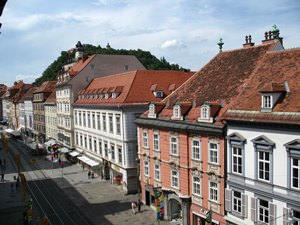 Get acquainted with the art of Styria by attending Styriarte. It begins at the end of June and ends at the end of next month. Its main locations are Schloss Eggenberg, Stefanisaal and Helmut List Halle. The event offers a new look at classical and ancient music, mixing them with a modern sound. Another event worth visiting while in Arnold Schwarzenegger’s hometown is Diagonale, a film festival attended by more than 25,000 spectators from all over the world. Here you can be the first to see the Austrian premieres, which first and foremost pleases all film fans.
Graz design-hotels for stylish travellers
Graz is rich in attractive designer hotels. The comfortable hotel, Zur Steirerstubn, is located on Lendplatz and stands out for its very pleasant interior design. The hotel’s …

Open
What Austrian city can do without a real Christmas fair, that is, the Weihnachtsmarkt? It is quite hard to imagine because Christmas is always a fairy tale, and in Graz, the holiday plays the brightest colors. Christmas markets open throughout the city, but the most significant events take place on Hauptplatz, Färberplatz, Schlossberg, Mariahilferplatz, and Franziskanerviertel. Besides the fact that here you can buy all sorts of Christmas products, you'll be delighted with colorful Christmas shows and a gastronomic program including traditional Christmas treats and mulled wine.

This guide to traditions and festivals in Graz is protected by the copyright law. You can re-publish this content with mandatory attribution: direct and active hyperlink to www.orangesmile.com.
Graz - guide chapters 1 2 3 4 5 6 7 8 9 10 11 12

Cathedrals and basilicas near Graz
♥   Dom Sankt Ägydius, Graz, 1.2 km from the center. On the map 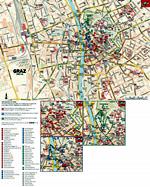 Colors of Graz in photos

Traditions and festivals in cities around Graz

Carinthia
The most interesting event of spring is Wine Festival bringing together winemakers from all over the world. During this large-scale holiday, guests have an opportunity to taste the rarest varieties of drinks and visit interesting themed events. It should be noted that the annual wine festival coincides with a string of holidays devoted to painting and art, so tourists could ... Open »
Ljubljana
The local residents are uninterested in night life and entertaining thus different bars and night clubs are not of immense popularity there. The majority of bars close till 22.00. It is inexcusable to make calls after that time as many city residents are already sleeping at this time. The main kind of greetings in the city is handshaking, it is appropriate as for greeting men ... Open »
Novo Mesto
Of great importance to local residents are winemaking traditions, which gave rise to many symbolic holidays. One of the locals' favorites is St. Martin's Day that falls on November 11th. Locals consider St. Martin to be the patron saint of winemaking and a holiday dedicated to him is annually celebrated in many cities of Slovenia. On the day of the holiday, it is customary to ... Open »
Vienna
The nature and culture of the locals are rather contradictory. There are really many jokes about the 'dissatisfaction with life’, which is so common for Austrians. Locals often make fun of themselves because of their eternal "moaning". Nevertheless, local people love life and are able to enjoy it in all its forms. Tourists, who came to Vienna, are captured by the unique ... Open »
Zagreb
Today these events are held in various European cities, but the festival in Zagreb is considered one of the oldest. First puppet shows on the streets of the city started appearing yet in the early medieval period. This entertainment has not lost its popularity even many centuries later. The festival is traditionally attended by theater groups from different countries. During ... Open »
Velika Gorica
At first, tourists might be amazed by the frequency of greetings and good-byes. This is a peculiarity of the local etiquette, and a failure to greet others when needed is a serious breach for locals. Friends and family members often greet each other with a kiss of both cheeks. If men kiss men or men kiss women this way, they are most probably relatives or very close friends. ... Open »

Cityguide on traditions, mentality and lifestyle of people in Graz. Learn the best periods to visit Graz to discover its soul - authentic festivals, events and celebrations. We will also reveal the interesting habits, attitude towards the world and to tourists in Graz.