National traditions of Estonia. Habits, mentality and the way of living 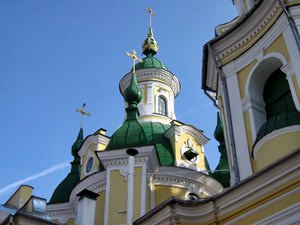 Estonian culture originated in a peasant environment. This gave it a special flavor expressed in distinctive traditions. Consequently, marriage in Estonia to this day is associated with putting the headdress of a married Estonian on the head of the bride. During the celebration of weddings, bride kidnapping as well as getting in the way of the wedding cortege and checking the young couple for the ability to housekeep, are still popular. Modern views on family are distinguished by liberalism and the weakness of the foundations. Equality between spouses is welcomed. For the Estonian man, his house and land are of great value. Deemed so reverent to their property, the inhabitants of the country hold their cultural heritage in the highest regard. It is a regular sight to meet ordinary Estonians dressed in male or female national costumes on days of national holidays.
When and where to 'hang out' in Estonia - festivals and celebrations
The cultural life of Estonia is characterized by an abundance of celebratory events and festivals. Most of them are devoted to memorable dates from …
Read further
Estonians prefer living in isolation; they are very silent and may sometimes come across as cold and unfriendly people. This is due to the peculiarities of their mentality which is often characterized as psychological isolation and restraint. Most of the residents of the country are rather conservative and do not encourage familiarity. For example, according to the norms of etiquette, the Estonian seller should act politely towards a client, but without a pre-emptive and sympathetic attitude. The national character of Estonians is displayed through both their individualism and pragmatism. Estonians are ardent followers of their nation’s economy, which is manifested in the laconic expression of emotions. During conversations, they employ a minimal of facial expressions and gestures, focusing rather on a dry and straight up manner of communication. Truth is always placed above delicacy.
Estonian citizens are proud of their honesty. They tend to thoroughly conduct business by placing great interest on business reputation and as such they act in a fashion so as not to violate established business relationships. When drafting receipts or other documents, Estonians never repeat the amount in words, only specifying their numerical value. There is never a thought that anyone will want to act dishonestly and forge a document. Estonians are a proud people. They are hurt when their country is referred to as small. They view this as contempt. In everyday life, Estonians show a certain resoluteness and stubbornness. They prefer to stand firm and stick to their own ideas. Copyright www.orangesmile.com
For active traveler - national parks, landscapes and nature of Estonia
Estonia is a northern country famous for its pristine nature and variety of landscapes. Half of its territory is covered with forests. According to …
Read further
Rational and somewhat cold in their emotional expressions, Estonians however are quite enthusiastic people. Despite always acting in a measured and calm manner, they may unexpectedly express themselves in a surprisingly animated way. Greeting at a meeting is rarely accompanied by a handshake. In most cases, Estonians are limited to a short “tere”, which can be translated as “hello”. Estonian humor is considered dry and contains in it a tinge of sarcasm. Estonians are able to joke on any topic, but the love for truth makes their jokes not always politically correct. So when communicating with locals, it is better not to touch on very sensitive topics especially from the field of politics. To take offense at the unsuccessfully joked interlocutor in Estonia is not accepted. 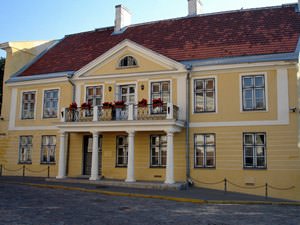 Estonians meticulously monitor the state of cleanliness of their environment. They are therefore thorough in the care of their home and surroundings. The neatness of Estonian dwellings, courtyards and gardens is known to amaze foreigners. A well-stocked reserve is another feature of the Estonian master. The pantry of a typical Estonian is filled with cans of homemade jam, pickles and other supplies. In a bid to appear prosperous, everyone wants to make his home better than his neighbor’s. The lure for a better life can result in the desire to spite others. The attitude towards tourists in Estonia is quite steadfast because a considerable part of State revenues comes from the tourism sector. At the same time, Estonians are estranged from foreigners living in the country, albeit treating them well. This is not a consequence of indifference, because it is seen that after a while upon meeting, the Estonian easily and warmly opens up with a spirit of cordiality and sincerity.
Top architectural sights of Estonia
Monuments and architectural objects, notable for the history and culture of the country. …
Read further
One of the most popular Estonian traditions is the Estonian song festival. It is an amazing event in which different choral singing groups, brass bands and other music associations participate. This significant event listed in UNESCO’s intangible cultural heritage list is held outdoors and is known to attract thousands of spectators from around the world. Usually, the festival is held closer to the middle of summer. Every five years, dozens of musical groups gather at the Tallinn Song Festival Grounds. Some of the bands have several thousand members.

This article about national traditions in Estonia is protected by the copyright law. You can re-use the content, but only under the condition of placement of an active link to www.orangesmile.com.
Estonia guide chapters 1 2 3 4 5 6 7 8 9 10 11

Cathedrals and basilicas in Estonia
♥   Tartu toomkirik, Tartu. On the map

♥   Haapsalu piiskopilinnus, Haapsalu. On the map

Castles of Estonia
♥   Castle 'Kalvi Castle' . On the map

Famous sites of Estonia in pictures

Unique traditions in cities of Estonia

Tallinn
During the year Tallinn becomes the location of numerous interesting festivals and celebrations. For example, in July here is organized traditional Baltic Folk Festival, which always attracts many visitors from other countries. Grillfest is quite an unusual holiday. It is celebrated on the longest night of the year. In the evening the streets are filled with thousands of citizens who make fires, play, dance, and sing songs. When darkness falls to the city, the villagers start searching the … Read more

Parnu
At the same time locals are very kind and tactful in communication. The residents of Parnu are always ready to tell new people about their local culture and traditions. They are open for a discussion of almost all topics however there is a few which tourists should better avoid. Tourists are not recommended to touch a subject of the World War II or the relations of the natives and former Soviet Union residents. Local people have developed a rather weird attitude towards clothing giving … Read more

Narva
Local people are distinguished by responsibility and hard-working nature. Besides family, work is an important part of their life. The hardworking character manifests itself in everything - just look at neatly trimmed lawns at houses and goods carefully arranged on the shelves of the stores. Late arrivals are considered unacceptable even for a friendly meeting, not to mention business ones. The townspeople are also known for being quite reserved. As a result, they may seem too gloomy and … Read more