Nature of Estonia - national parks and reserves for active recreation 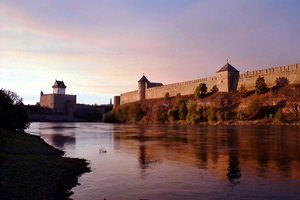 Estonia is a northern country famous for its pristine nature and variety of landscapes. Half of its territory is covered with forests. According to statistics, the country is the leading in Europe in the number of large stone boulders and she occupies the second and third places in the number of species of plants and marshes respectively. The nature of Estonia changes its appearance depending on the season. The summer season is characterized by a luxuriant flowering of the vegetation. Autumn also comes with bright colors while winter is characterized by snowy and frosty days. Spring on the other hand, brings with it the awakening of nature. In the Estonian region of Soomaa, there is an amazing phenomenon called the “fifth season”. This is a season of floods, when the rivers overflow with defrosted water and overflows the banks thereby flooding meadows and roads.
Estonia cultural sights. What to see?
Estonia is a northern sea country with a unique cultural heritage. The winding streets of its cities still retain the medieval spirit. Magnificent …
Read further
One fourth of the country’s area is occupied by nature reserves. Today, there are five national parks and hundreds of reserves in Estonia. In each of them, nature-loving tourists can take advantage of available parking and spend the night in a hut in the bosom of nature. The country is inhabited by several species of animals. In the Estonian forests you will find bears, wolves, foxes, lynxes, mink, rabbits, wild boars, roe deer, deer and moose. The wooded area of ​​Alutaguse is also called the “bearish birgow of Estonia” because it is not so difficult to meet with the owner of the forest. In the off-season, during bird flights, tourists come from all over the world to the natural reserve Matsalu, located on the western coast of the country. It is a real bird paradise and is the center of the crossing of millions of migratory birds. Among the kinds of birds found here are cranes whose flickering during this period extends far into the surrounding forests.
Estonia can easily be named “the edge of bogs”, because they cover a quarter of the country. Today, virgin nature is concentrated around the marshes, giving tourists a calm and serene atmosphere. Soomaa National Park is also called “land of bogs”. The largest swamp is the Kuresoo or the “bog”. Its area spans over ten thousand hectares. Another natural masterpiece is the edge of the hills in southern Estonia. Most of its area is occupied by the Karula National Park in which one hill replaces another. Copyright www.orangesmile.com
Things to do in Estonia - active leisure
Estonia has all the conditions for an active recreation. Its picturesque landscapes, access to the sea and two gulfs annually attract supporters of a …
Read further
One of the natural symbols of Estonia is high seashore made up of limestone with waterfalls flowing down. It stretches for thousands of kilometers. The height of the coast along its entire length is from ten to fifty meters. The highest waterfall is Valaste. From its platform opens a delightful panorama. There is a huge karst site in the geological reserve of Tuhala formed as a result of the erosion of shale soils in the northern part of Estonia. Its structure is similar to Swiss cheese. In Tuhala, you will find the famous “Witch’s well” with periodically boiling water. Sometimes a fountain is seen to rises up from the well. According to an old legend, this happens due to the fact that witches beat themselves with brooms at the bottom of the well. In actual fact, this is caused by the outlet of the waters of an underground river to the surface. 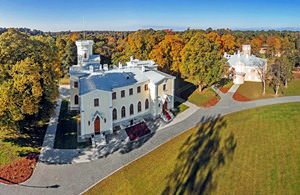 At Cape Leptipea is located “Ehalkivi”, the largest stone boulder of Northern Europe. Its circumference is almost fifty meters. In order to embrace it, it is necessary to join the hands of forty people. The highest peak of the Baltic country is Suur Munamagi, located on the Haanja Upland. The name of the summit is translated from Estonian as “Big Egg Mountain”. A rare natural monument of Estonia is the field of Kaali crater formed after the fall of several meteorites. The largest crater is more than one hundred meters in diameter.
What you need to know about Estonia prior to visit - advices
Traveling to Estonia can be one of the best and most memorable experiences for any tourist. A pleasant pastime is guaranteed if you familiarize …
Read further
Numerous islands which open up into the Baltic Sea are scattered in the northern and western parts of Estonia. The largest of them are Saaremaa, Hiiumaa, Muhu and Vormsi. Near the peninsula of Säärethirp is a nature reserve which unites ten beautiful islands covered with dense forests and overgrown with junipers. In the west of the island of Saaremaa is the Vilsandi Wildlife Sanctuary known for its rich flora. The connection of Estonia with the sea is best seen in the Lahemaa National Park with its sandy beaches surrounded by pine forests. 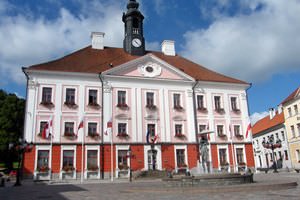 Estonia is full of rivers and lakes. The most beautiful of the Estonian reservoirs is Lake Pühajärv or the “Holy Lake” with a serrated coast and wooded islets. The rivers and lakes of Estonia are rich in fish. In summer, tourists and locals come to the shores of lakes to sunbathe, and in winter their frosty surface attracts skating fans. The famous skating marathon takes places on the ice of Chudskoy Lake located on the eastern border of the country. The longest river in Estonia is southern Võhandu, whose quiet course is popular among canoeists.

This article about nature and national parks of Estonia is protected by the copyright law. You can re-use the content, but only under the condition of placement of an active link to www.orangesmile.com.
Estonia guide chapters 1 2 3 4 5 6 7 8 9 10 11

National and city parks of Estonia
♥   National park 'Karula rahvuspark' . On the map

Cultural sights in regions of Estonia

Tartu
Not far from the center of the historic district is the most important religious landmark, the St. John's Church. It is amazingly beautiful building made ​​in a unique architectural style and featuring luxurious interior decoration. As many years ago, main ornaments of the church are exquisite terracotta statues. According to historical data, initially there were about two thousand statues, but after a century only several graceful figures have survived. The Tartu Toy Museum is the only … Read more

Narva
Besides the ancient castle, Narva has preserved a bastion that was built a little later. During its construction, the city was ruled by Sweden. The need for the construction of new defensive structures arose after the invention of gunpowder. Additional bastions were erected around the castle to install guns and equip two-story casemates. Over time, the defenses lost their original purpose but weren't dismantled. Today, the bastion is one of the most photographed attractions in town. One of … Read more

Estonia: Map of sightseeing in regions