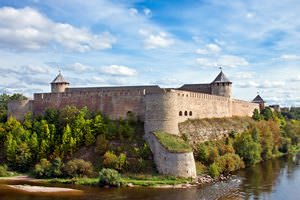 Narva can hardly be called a typical tourist city. However, in recent years, the number of foreign visitors visiting it has increased significantly. Local residents are friendly and welcoming, they have long been accustomed to crowds of foreign tourists and are always ready to help and tell the way to any attraction of interest. If you want to show respect to the townspeople, just learn a few simple phrases in Estonian and this will certainly be appreciated.
Excursion over cultural sights of Narva - 'must visit' points of interest
Narva's main historical symbol is the ancient castle Hermanni linnus, the only architectural monument in the city that managed to survive from knightly times. The construction of this castle …

Open
Local people are distinguished by responsibility and hard-working nature. Besides family, work is an important part of their life. The hardworking character manifests itself in everything - just look at neatly trimmed lawns at houses and goods carefully arranged on the shelves of the stores. Late arrivals are considered unacceptable even for a friendly meeting, not to mention business ones. The townspeople are also known for being quite reserved. As a result, they may seem too gloomy and unfriendly to some foreigners.
In fact, the first impression is deceptive in this case. Peculiarities of traditional norms are such that people are taught to handle their emotions in public from childhood. Here it is extremely rare to hear any raised voices or loud laughter on the streets. Narva residents consider this to be a sign of bad manners. For the same reason, traditional humor is considered quite “dry,” there is always some sarcasm in it. Despite such personality traits, the townspeople are quite sociable and are always ready to have a nice conversation with tourists. Copyright www.orangesmile.com
Your active city break in Narva. Attractions, recreation and entertainment - best places to spend your day and night here
Vacations in Narva can be diversified not only by exciting tours - there are many other interesting entertainments to explore. The city has many beautiful parks and squares ideal for …

Open
They love their traditional culture and nature very much, so any interest in these topics will cause positive emotions. When communicating with locals, one should avoid political topics, as well as topics related to personal life. Such sensitive conversations are only acceptable between close people. Art and music and among the favorite topics of locals. They are also happy to talk about traditional cuisine. 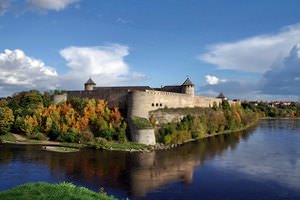 The latter is an important component of local culture. The traditions of cooking many popular dishes have remained unchanged for hundreds of years. Citizens consider beer to be their main national drink so the city even has its own brewery. Bars and pubs are common in Narva, enjoying great popularity among residents of the city. It is here that they rest after a hard working day over a glass of their favorite beer, meet their relatives and friends.
Advices to travellers: what you should know while being in Narva
1. Fans of unusual souvenirs should head to craft workshops located in the castle. Here you can attend workshop sessions and create some interesting accessories in a traditional style with …

Open
Throughout the year, Narva hosts many interesting festivals, and it would be especially interesting to visit the city when they are in full swing. All gourmets and fans of fun street entertainment would be happy to go on vacation during Christmas and New Year holidays. Before the New Year, they organize fairs where everyone can taste special delicacies and dishes that are not cooked at other times of the year. 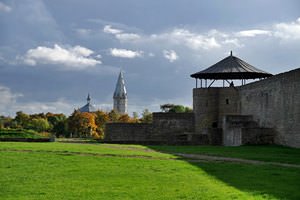 There are quite unusual events on the calendar of traditional holidays, and Candle Day is a good example. This holiday has very interesting historical roots and is celebrated annually on February 2. Hundreds of years ago on this day, local people celebrated the long-awaited end of winter and an increase in daylight hours. By tradition, it was customary to make and light candles on this day. An essential part of this holiday was a ritual dinner. Cooking traditional porridge with pork is still relevant.
Extraordinary weekend in Narva - unusual places, services and attractions for travel gourmet
…

Open
The tradition of celebrating some memorable days has been preserved since pagan times. Thus, Narva residents celebrate Ivan Kupala day every year. On June 24, it is customary to go out into nature and arrange large-scale celebrations. Locals put on beautiful traditional dresses, organize mass dances, and reproduce ancient rites. On this special day, you can watch performances of folk groups, as well as take part in festivities. 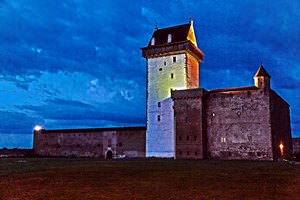 There are also very interesting modern festivals on the city's calendar. The festival of urban culture Station Narva is held every year. It is participated by modern musicians and DJs who organize free open-air shows. During the festival, art exhibitions, meetings with eminent designers and literary figures are held in the city. A significant part of the festival is the gastronomic component. Eminent chefs and amateur cookers invite people to get acquainted with the achievements of modern culinary. It is important to note that the festival involves lots of family-friendly activities, so tourists with children are welcome guests here.

This guide to traditions and festivals in Narva is protected by the copyright law. You can re-publish this content with mandatory attribution: direct and active hyperlink to www.orangesmile.com.
Narva - guide chapters 1 2 3 4 5 6 7 8 9

City tours, excursions and tickets in Narva and surroundings

Survived castles around Narva
♥   Castle 'Narva Hermann Castle' , 0.7 km from the center. On the map

Estonians prefer living in isolation; they are very silent and may sometimes come across as cold and unfriendly people. This is due to the peculiarities of their mentality which is often characterized as psychological isolation and restraint. Most of the residents of the country are rather conservative and do not encourage familiarity. For example, according to the norms of etiquette, the Estonian seller should act politely towards a client, but without a pre-emptive and sympathetic attitude. The national character of Estonians is displayed through both their individualism and pragmatism. Estonians are ardent followers of their nation’s economy, which is manifested in the laconic expression of emotions. During conversations, they employ a minimal of facial expressions and gestures, focusing rather on a dry and straight up manner of communication. Truth is always placed above delicacy. … Open 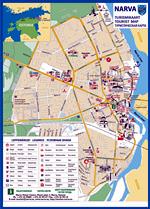 Colors of Narva in photos

Traditions and festivals in cities around Narva

Saint Petersburg
Tourists giving preference to cultural attractions and entertainments should visit the city of Saint Petersburg in May. The Museum Night is held there annually. Year by year a number of cultural establishments participating in the event gets increased. An exact date of the event should be specified in advance. Tourists are recommended to plan an excursion route in advance as it ... Open »
Tallinn
During the year Tallinn becomes the location of numerous interesting festivals and celebrations. For example, in July here is organized traditional Baltic Folk Festival, which always attracts many visitors from other countries. Grillfest is quite an unusual holiday. It is celebrated on the longest night of the year. In the evening the streets are filled with thousands of ... Open »
Helsinki
Owners of large apartments make a small sauna directly in their apartments. Each apartment building will certainly have a public sauna, which can be visited by all residents of the building for free. Local women are rather independent and willful. They are interested in politics and appreciate their independence. During a trip to a club or a disco you can see that sometimes ... Open »
Lahti
Every summer, the festival is visited by over 30,000 people for whom a diverse entertainment program is available during the festival. The festival is held in a very picturesque natural area, surrounded by green meadows and fields. Here you will find a lot of beautiful places for walking, as well as picnicking and sunbathing areas equipped right next to the stages. The ... Open »
Parnu
Local culture features a great number of traditions dating back to ancient times. The Candle Day is celebrated annually on the 2nd of February. One version is that the fest symbolizes the middle of winter as from this spot the day turns longer. The tradition of the fest is to make candles and give them as souvenirs and amulets to close and dear people. Local residents are ... Open »
Tampere
The festival is always attended by famous musicians and actors, which makes it even more interesting. Once again, it is worth noting that the range of entertainment is very wide, from classical music concerts, theatrical performances and parades to rock concerts and mystical performances. Each year, the festival reside thousands of tourists wishing to enjoy the achievements of ... Open »

Cityguide on traditions, mentality and lifestyle of people in Narva. Learn the best periods to visit Narva to discover its soul - authentic festivals, events and celebrations. We will also reveal the interesting habits, attitude towards the world and to tourists in Narva.