Fun and festivities in Estonia - celebrations, festivals and cultural events 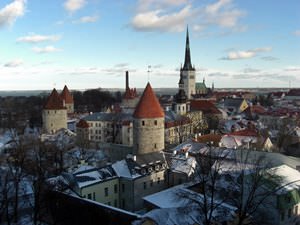 The cultural life of Estonia is characterized by an abundance of celebratory events and festivals. Most of them are devoted to memorable dates from the country’s history. Tourists, who decide to visit Estonia, will be interested in her local festivals and cultural events. For example, in the ancient Estonian cities, the July Days of Medieval Culture are held every year. On these days, colorful processions of representatives of handicraft trades are organized in the historical centers of cities. There are medieval bazaars alongside with masters of the applied art displaying their works. Here, you can buy a variety of souvenir products associated with the Middle Ages in souvenir shops.
National cuisine of Estonia - specialties, recipes and restaurants
The national cuisine of Estonia is not distinguished by its variety or delicacies as Estonians are already accustomed to eating delicious and …
Read further
Some holidays have attained a global character over time. Among them is the “Weekend Festival Baltic”, which takes place in the middle of summer. It originated in Lithuania but a year later, other Baltic countries joined in the celebration. With everyone gathered in Estonia, the celebration opens on the square in front of the Tallinn Town Hall. The week-long event is rich in folk festivals. Exhibitions, parades, performances of groups of folk music are organized in the city. In August, a festival of historical orientation “Battle of Narva” is organized in Narva. It is dedicated to the landmark episode of the Northern War. On the territory of the Narva fortress, members of clubs of military-historical reconstruction dressed in the uniforms of former times, meet and reproduce the course of the battle.
The historic center of Tallinn and the whole country are devoted to the “Old Town Days”. This celebration falls at the end of May. During the festival, you can find yourself in the center of bright theatrical performances organized right on the narrow streets of the city. Tallinn residents wear historical costumes and the city itself is also given a medieval look. The main purpose of the holiday is the acquaintance of the population and guests of the capital with her history and also the preservation of the cultural heritage of the city. Every year, the festival is held under various slogans. During the festival you can see how the masters of blacksmithing, glass blowers, masons, bakers and other artisans work. Knight’s tournaments are held in the Old Town and unique souvenirs are sold at fairs. Each day of the holiday covers one of the spheres of the life of the city ranging from theatrical, scientific, ecclesiastical among others. Copyright www.orangesmile.com
National traditions and mentality of people in Estonia
Estonian culture originated in a peasant environment. This gave it a special flavor expressed in distinctive traditions. Consequently, marriage in …
Read further
In the city of Haapsalu, the White Lady Festival is held every year within the territory of the ancient Episcopal castle. The White Lady is a famous Estonian ghost who appears in August on the wall of a chapel during a full moon. Various displays turn the city into a huge fairground as a lot of events take place from dawn to dusk. From sunset, a theatrical performance with the same name is organized in the castle area. Many sacred fires are lit on the shores of the Baltic Sea on a last August night. This is an old Estonian holiday called The Night of Ancient Lights. In ancient times, residents of the seaside set fires on the seashore to light the way for sailors returning home, or to convey an important message to a far off location. Today, the ignition of the ancient lights is intended to unite all the people living along the shores of the Baltic Sea. 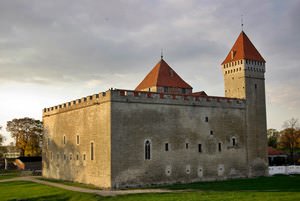 The tradition of bonfire was revived in Estonia more than twenty years ago and has since gained international status. Today, guests from Sweden, Finland, Latvia and other countries now participate in this festive event. Thousands of lights are lit on the Estonian coast yearly. The occasion has also become a family event. It is now accompanied by the collective creation of spectacular fiery figures, exhibitions and concerts. Among other festive events in Estonia deserving special attention are, the International Hanseatic Days, the merry summer festival “Grillfest” on the eve of Yanov’s Day, Viljandi Folk Music Festivals and other events in which both Estonians and numerous tourists participate.

This article about national fests and celebrations of Estonia is protected by the copyright law. You can re-use the content, but only under the condition of placement of an active link to www.orangesmile.com.
Estonia guide chapters 1 2 3 4 5 6 7 8 9 10 11

Attractions and entertainment in top cities of Estonia

Parnu
The Ranna center being known for healing mud baths serves customers all the year round. It is located in a beautiful historical building. Its visitors may choose from a variety of treatments and healing procedures enjoying luxurious atmosphere of the center meeting fancies of even the most sophisticated customers. The city center locates one of the most popular spa centers named Pärnu Mud Baths which offers a variety of massage therapies, saunas, Jacuzzi and a large swimming pool. Another … Read more

Tartu
The legendary park Toomemagi located on the highest hill of the same name is also suitable for hiking. The territory of the nature reserve has several historic attractions making it even more attractive in the eyes of tourists. There are some scenic parks that have been long chosen by fans of cycling and picnics, among them Maksa Manor Park and Luunja Manor Park have to be mentioned. The obligatory point of the program should be a relaxing walk to local shops. Terranova trade pavilion is well … Read more

Narva
In the warmer months, interesting river cruises and tours of various durations are organized for guests of Narva. Everyone can rent a boat for several hours and go explore attractions from the water. They also organize full-day cruises, during which one can admire the beauties of the surrounding towns. Narva boasts of many modern entertainment centers to suit every possible taste. Bowling enthusiasts will love Bowling Number 1 where they can enjoy their favorite game having a great time in … Read more

Map of fun in Estonia