«« BEGINNING - PART I
Video of flights over top monuments of Warsaw in HD format.
Use 'Full Screen' mode.
We continue on the collection of the most important architecture monuments of Warsaw: Palace of Culture and Science, Holy Cross Church, Grand Theatre, St. John Archcathedral, and St. Alexander Church. Perhaps, all of them also define the look of Poland in general. The 3D models of landmarks, presented in our Warsaw flyover video, will help you to get a grasp on the true architectural and historical heritage of this place. We hope that photographs and historical facts will give you a better impression on each of these monuments. This information is also useful when making up your own excursion tour through Warsaw.

Palace of Culture and Science, Warsaw 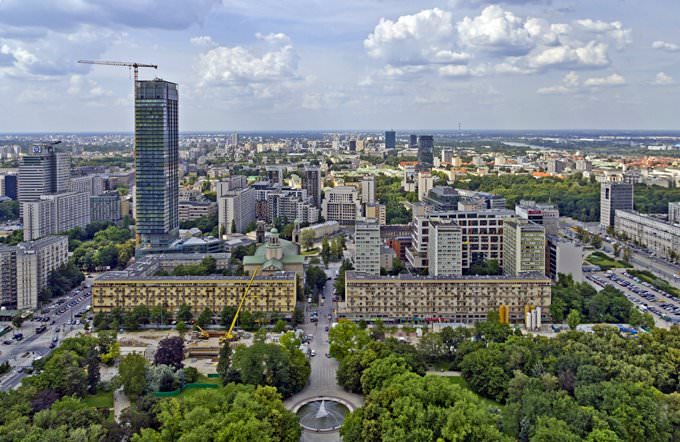 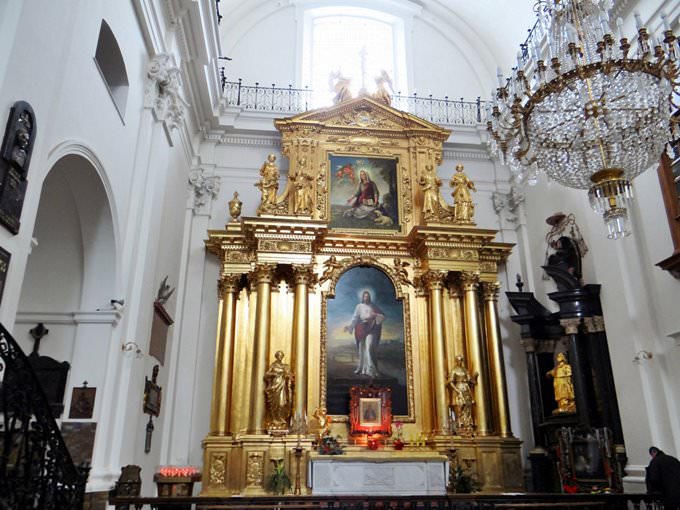 Facts:
» The Basilica of the Holy Cross is the Catholic church built in 1679 - 1696 in Baroque style.
» Columns of the temple house the urn with the hearts of Frederic Chopin and Wladyslaw Reymont.
» In 1944, during the Warsaw Uprising, the church was severely damaged; the facade of the building was destroyed along with arches and the altar, The Lord's Supper and The Crucifixion were damaged too.
» After the uprising the church was blown up by the Germans in January 1945.
» In the period from 1945 to 1953, the church was restored, but interior has undergone some changes, neither baroque nor frescoes have survived. The main altar was restored between 1960 and 1972.
» In 2002, Pope John Paul II has given the status of the minor basilica to the Church of the Holy Cross. 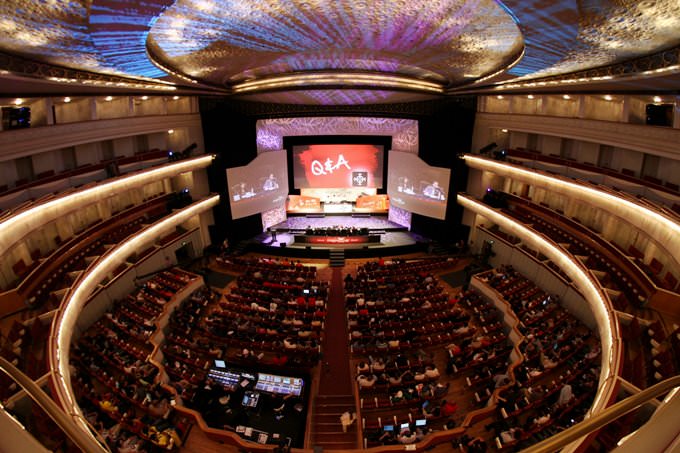 Facts:
» The Grand Theatre is the theater complex located on the historic Theatre Square of the Polish capital.
» The Grand Theatre in Warsaw is officially one of the largest theaters in Europe.
» Operas, ballets, concerts, as well as celebrations and other events are held in the halls of the theater.
» The theatre has two rooms, a large hall of 1,841 seats and small of 200 seats, where performances are held too.
» During World War II, the theater was completely destroyed by the Germans, but by 1965 the building was restored. 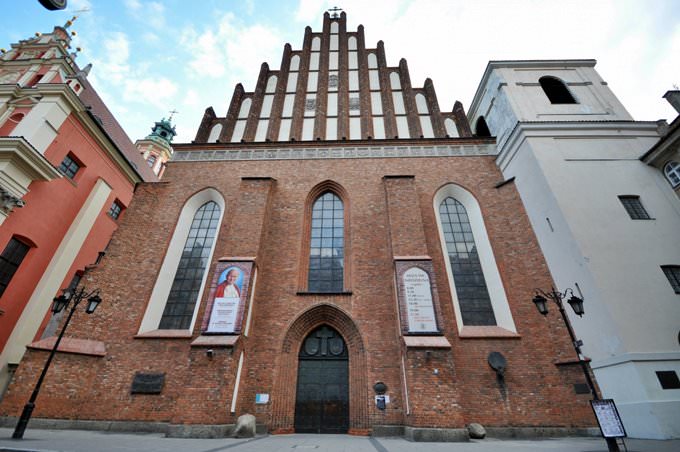 Facts:
» The St. John Archcathedral is the main Catholic church in Poland and the oldest church in the capital.
» The St. John Archcathedral was built in 12-14th centuries; during World War II it was blown up and razed to the ground. Now the building is fully restored.
» The temple was built in the style of brick Gothic; its unusual silhouette is clearly visible from the Castle Square. Interior of the cathedral attracts attention with the vaulted ceiling, the altar of sophisticated work and the chapel of the Immaculate Conception in Rococo style.
» The St. John Archcathedral has always served as a spiritual and national center of Poland. This is where the most important contracts were signed, monarchs were crowned and the most famous people in the country found repose.
» In the temple you can see tombstones and sarcophagi of princes Mazowiecki, the last Polish king Stanislaw Poniatowski, writer Henryk Sienkiewicz and others. Tombstones decorated with sculptures and fine workmanship are of considerable artistic value. 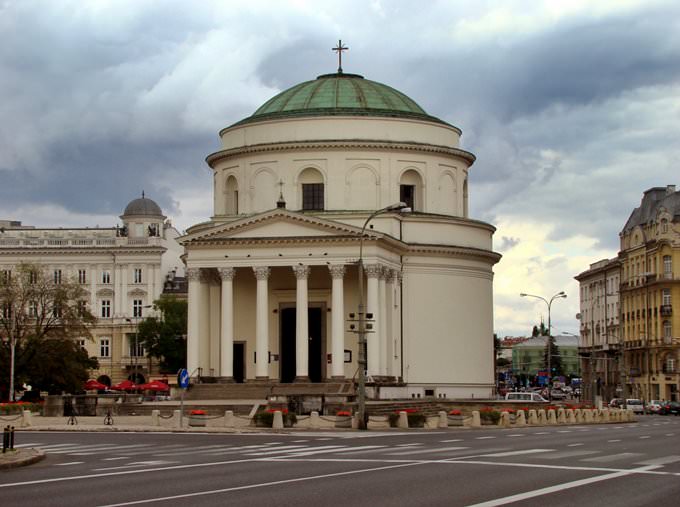 Facts:
» The Building of the St. Alexander Church became an architectural dominant of Three Crosses Square in the Polish capital.
» The church was erected in 1818 - 1825 to commemorate the visit of the Russian Emperor Alexander I.
» The Church is a building in classical style based on the image of the Roman Pantheon.
» During the Warsaw Uprising in 1944, the building of the church was largely destroyed. The lower surviving part of the temple was given to the congregation in winter of 1945.
» In 50-ies of 20th century it was decided to restore the church in miniature, similar to the original form.

This guide to architecture monuments in Warsaw is protected by the copyright law. You can re-publish this content with mandatory attribution: direct and active hyperlink to www.orangesmile.com.
Warsaw - guide chapters 1 2 3 4 5 6 7 8 9 10 11 12 13 14 15

Plan your own tour over Warsaw on the monuments map Search for architecture monuments of Warsaw on the map

Tours through neighbours of Warsaw