Video of flights over top monuments of Vienna in HD format.
Use 'Full Screen' mode.
St. Stephen Cathedral, Kunsthistorisches Museum, St. Peter Church, and Belvedere are the architectural landmarks for not only tourists, but also for residents of Vienna. The majority of these monuments were created several centuries ago. They witnessed many important events, so besides the architectural value for Austria, these landmarks are of a great historic importance. In this review, you will be able to get acquainted with the main architectural sites of Vienna. Also, we will look at them from an unusual point of view – only interesting facts and photos, which come together with a 3D visualization of every monument. Use our unique technology to fly over all architectural places of interest of Vienna – the video is at your fingertips. 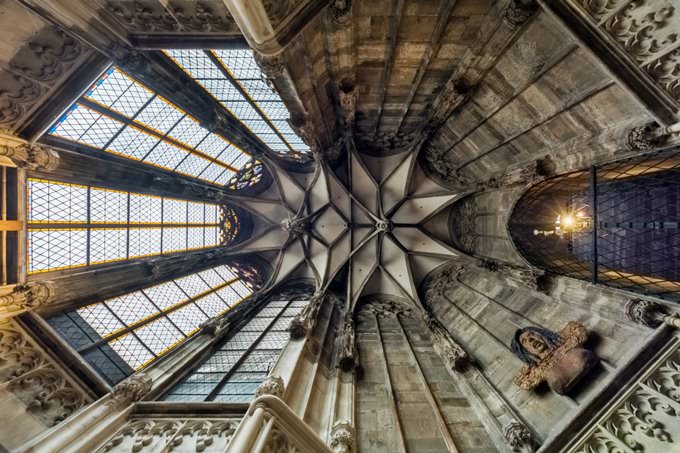 Facts:
» The St. Stephen Cathedral is the Roman Catholic cathedral, which is the national symbol of Austria.
» The Cathedral is one of the most important religious buildings in the capital of Austria. It has witnessed many important events in the history of this country and became one of the most recognizable symbols of Vienna.
» In 1741, funeral of the Italian composer Antonio Vivaldi took place in the Cathedral of St. Stephen.
» The church was built of limestone and was originally white, but over the centuries the facade was painted black because of the soot and other air pollutants. However, recent restoration projects have returned original white color to some parts of the building.
» The St. Stephen Cathedral can be seen on Austrian euro dime. 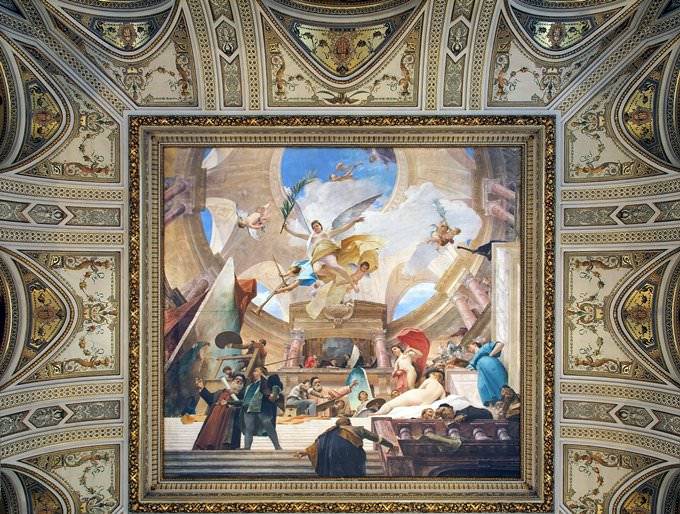 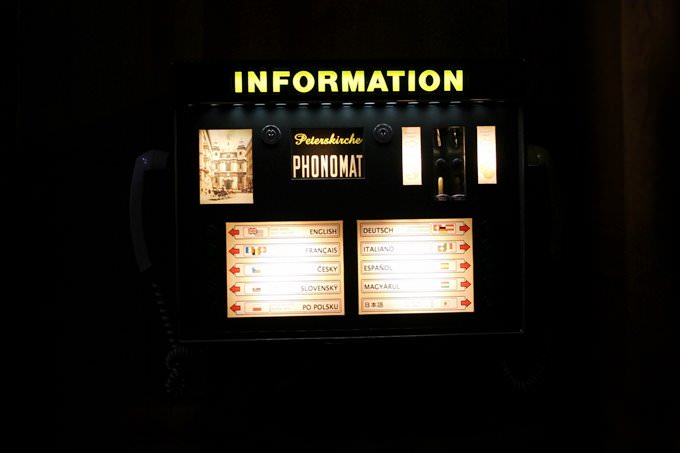 Facts:
» The St. Peter Church is the Roman Catholic parish church in Vienna; the building is constructed in Baroque style.
» Everywhere in the temple, you can see images and symbols of the Holy Trinity, as the temple is dedicated to it.
» A wonderful dome of emerald color is decorated with beautiful frescoes.
» Rich interior details of the St. Peter Church make it even more spectacular.
» The St Peter Church houses a glass coffin containing the remains of St. Benedict. 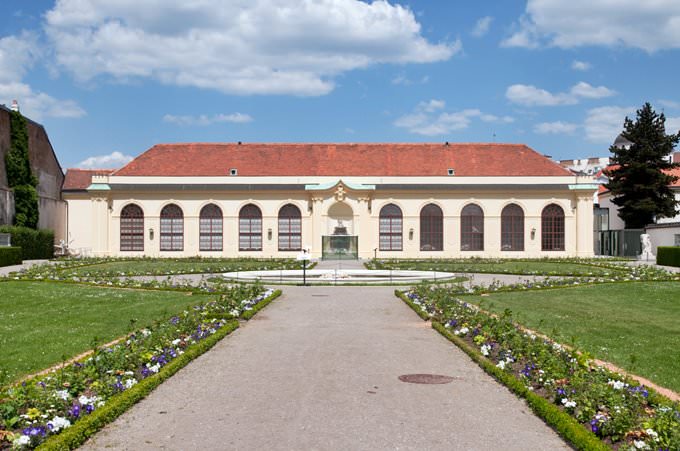 Facts:
» The Belvedere is the palace complex in Vienna constructed in Baroque style.
» The palace was built by Lucas von Hildebrandt as the summer residence for one of the greatest generals of that time, Prince Eugene of Savoy, in the early 18th century.
» The palace complex is notable for its gallery, which is the most famous art museum in Vienna.
» The gallery has the impressive collection of Austrian art from the Middle Ages to the present day.
» The museum has the world's largest collection of works by Austrian artist Gustav Klimt. 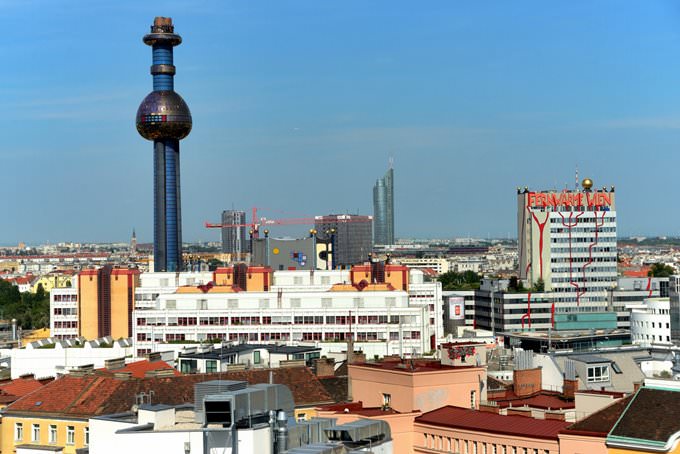 Facts:
» The Millennium Tower is the skyscraper that the highest in Vienna after the Danube Tower.
» The total area occupied by the building is 47,200 m2, including 38,500 m2 of office premises.
» Construction of the tower was very fast due to the latest technologies. In one week, the builders erected 2.5 floors.
» The tower has ten elevators, one of which is commercial.
» There is a cinema and a large shopping center at the Millennium Tower. 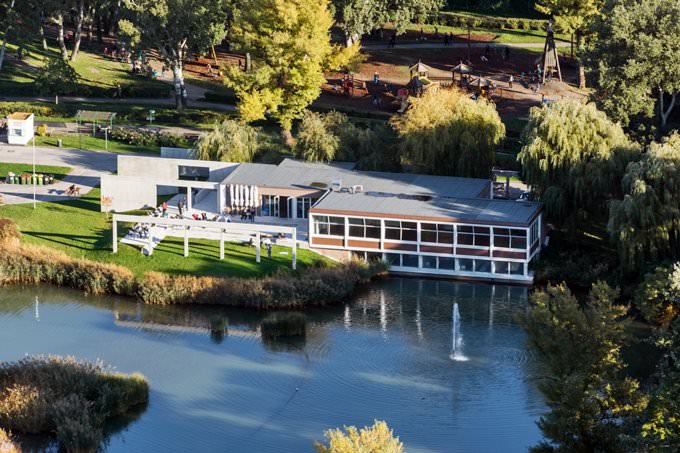 Facts:
» Donauturm was built in 1964 for the Vienna International Garden Show.
» The height of the tower is 252 m; that’s a popular tourist attraction in Vienna. The Tower is the tallest building in the capital and the second tallest in Austria.
» The Donauturm has an observation deck that is located at an altitude of 150 m. Two elevators lifting visitors upstairs for 35 seconds help to get to the observation desk.
» There are 2 restaurants, at an altitude of 160 and 170 meters.
» The lookout tower has bungee jumping station. Jumping is carried out only in summer. 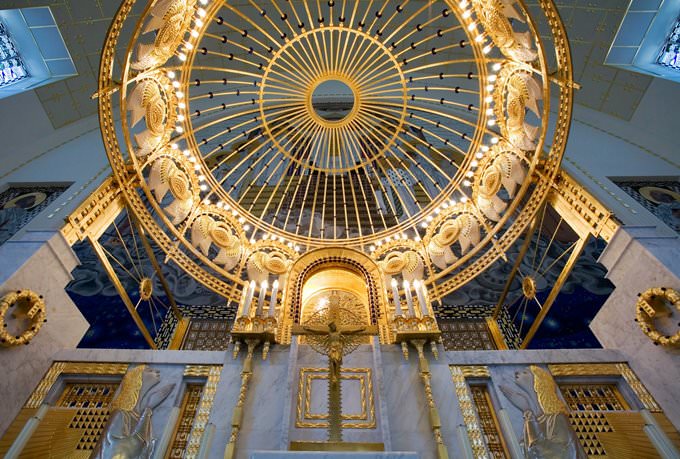 Facts:
» The Church of St. Leopold is the Roman Catholic church built on the site of the Vienna Psychiatric Hospital.
» The church is dedicated to the patron of Austria, St. Leopold.
» Interior was created keeping in mind that most of parishioners were psychiatric patients. All corners inside the church are rounded, and the altar is separated from the main hall.
» The temple provides separate access for men and women; it has special service outlets for medical evacuations.
» The ceiling under the main dome of the church is adorned with symbols of the four evangelists, and stained-glass windows are decorated with images of saints.

Build your walking routes in Vienna on the landmark map Architectural landmarks in the regions around Vienna