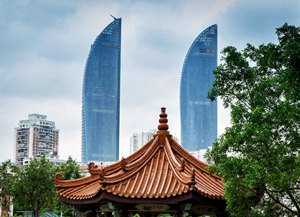 Xiamen is a great place to experience traditional Chinese culture. In addition, many traditions have been preserved here due to the proximity of Taiwan. These traditions are completely gone from the daily life of the rest of China. The traditional Qingming festival is the Day of remembrance of the dead. It is celebrated here on the 108th day after the winter solstice or otherwise - on the 15th day after the vernal equinox. According to Taiwanese tradition, locals burn money in the city on this day. Local customs suggest that this money will help ancestors in the afterlife to ease their fate and get rid of debts.
Your active city break in Xiamen. Attractions, recreation and entertainment - best places to spend your day and night here
Xiamen is a real find for fans of active pastime. In the city, there is a great number of sports and entertainment centers. It will be interesting for the whole family to visit different …

Open
In addition to money, fruits, and vegetables are also ritually burned. But this is not done for their transfer to ancestors, but as a sacrifice to the Earth God. It is customary to visit the graves of relatives and decorate them with green branches at this time. Locals remember the dead, and if possible go to nature. Thus they welcome the coming of spring and the triumph of life over death. Most citizens prefer to spend the day with family in Xiamen. Qingming day is a day off in all local institutions. You can see costumed performances for tourists, telling about the essence of the holiday in the city.
The Mid-Autumn Festival, or Moon Festival, is another very large-scale celebration in Xiamen. It is held on the 15th day of the 8th month of the Chinese lunar calendar. This roughly corresponds to the end of September - the beginning of October of the Gregorian calendar. It is customary to cook and eat mooncakes from butter dough with paste from bean or Lotus seeds at this time. Very often these small pies are stuffed with fruit. However, there are a lot of variants of preparation of a festive delicacy. So, even the most demanding gourmet will be able to find the perfect taste. Copyright www.orangesmile.com
Top hotels in Xiamen for business trip or short vacation
In Xiamen, travelers can take advantage of services of upscale modern hotels, most of which can be called real masterpieces of modern architecture. Kempinski Hotel Xiamen is one of such …

Open
The Mid-Autumn Festival, which is sometimes also mistakenly called the Lanterns Festival, is dedicated to gathering the family, thanking the gods for a good harvest and praying for the well-being of the next year. Often lanterns are launched into the sky at this time. Young people are in a hurry to start a courtship. The Mid-Autumn Festival is held in offerings to the goddess, family fellowship and dice games. This game is to roll the dice in the bowl by all family members in turn. The winner is determined by the combinations. Performances of traditional stories about an Archer who shot down the extra suns with arrows, which threatened to destroy all life, are held in local city theaters. 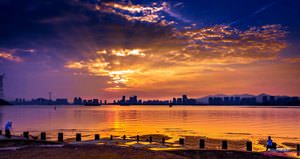 Lantern Festival in China is held on the 15th day of the New Year. It is dedicated to the return of the souls of the dead to their world. You can observe hundreds of thousands of paper lanterns that accompany the ancestral spirits at this time in Xiamen. Another variation of the interpretation of the departing lanterns is the death of the past “me”. It finally remained in the past year, for the sake of a new “me”, happiness and harmony. You can see very simple lanterns, and incredibly complex and expensive, in the form of birds, animals or flowers. Today it is difficult to say exactly where the holiday came from. But it is still popular in Xiamen, unlike many cities on the mainland of the country.
Shopping in Xiamen - main shopping streets, outlets and boutiques
Xiamen has a good geographical location and a mild climate. It is ideal for growing and storing many products that are sold in abundance in local stores. For example, here you can find …

Open
Traditionally, young people were looking for a mate on the streets at this time. They hoped that the relationship that started during the renovation of everything around will give love. Parents increased their efforts to find a bride or groom for their son or daughter. These customs are a thing of the past today. But many young people still believe in the fatality of the meeting during the Lantern Festival. It is customary to eat a glutinous rice ball at this time. It is usually filled with sweet red bean paste, sesame paste or peanut butter. This ball is called Yuan-Xiao. It symbolizes family unity. 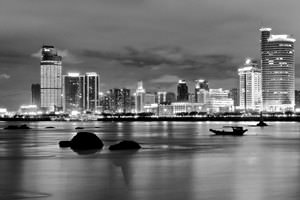 The colorful Dragon Boat Festival takes place in the city in June. According to legend, the officer and poet, beloved by the people, knew about the defeat of his homeland army and the fall of the capital a long time ago. He wrote a poetic epitaph with grief and threw himself into the water. The peasants, wishing to save the author, sailed to him in boats, which were decorated with the image of dragons at that time. While some tried to reach the officer, others distracted the local fish by crumbling rice into the water. The tradition of sailing in ornate boats and eating Yuan-Xiao from glutinous rice has emerged since then.
Guide to Xiamen sightseeing - things to see and to visit
Xiamen is situated in the Fujian province. This city is a major port and an important tourist center of the country. It was founded almost 2,000 years ago. In the 3rd century AD, at the …

Open
This day is a day off. It is customary to wear painted bags and make necklaces for children on this day. Several dozen international exhibitions and forums are held in the city throughout the year. It can be an interesting exhibition of national food or a highly specialized Congress of traditional medical professionals. If you like animated movies, then you should visit the Cyber Sousa-Xiamen International Animation Festival. It has been held since 2008 in Xiamen in mid-November. You can see both the creations of famous professionals and the first films of novice animators at the event.

This guide to traditions and festivals in Xiamen is protected by the copyright law. You can re-publish this content with mandatory attribution: direct and active hyperlink to www.orangesmile.com.
Xiamen - guide chapters 1 2 3 4 5 6 7 8

City tours, excursions and tickets in Xiamen and surroundings

Colors of Xiamen in photos

Traditions and festivals in cities around Xiamen

Hong Kong City
There are really many interesting festivals, fairs and celebrations during a year in Hong Kong. Thus, February is the time of start of Theatre Festival - a holiday full of vivid premieres, which take place here virtually every day. Fans of painting will like Arts Festival, which also takes place in February. On this holiday many young artists present their works to publics. As ... Open »
Hangzhou
You can see performances of singing and dancing groups from all over the world during the International Festival in Hangzhou. Not only concerts but also meetings, fairs, colorful award ceremonies for winners in a particular industry are held as part of the festival. Fans of ancient Chinese instruments should visit the Festival of the Zhejiang Guqin School. It takes place ... Open »
Shanghai
Lantern Festival and Memorial Day are also widely celebrated here. Valentine's Day is a very popular holiday. It is celebrated on the seventh day of the seventh month of the lunar calendar. Double seven days is another name for it. Shanghai tourism festival deserves attention from the annual events. It takes place in September-early October. This festival is dedicated to the ... Open »
Manila
The same exciting feature of Manila and Philippine Islands in general is healers. Skilled Aesculapians possessing mystique healing gift, reflected glory on the Philippines. Their skills have been hot disputed for many years. Annually more and more tourists arrive at the resort haunting the only goal – to get healers treatment. The healers carry out the hardest surgeries ... Open »
Hanoi
Various traditional festivals are also held in Hanoi. You can get to a noisy celebration in almost any month of the year. A very interesting festival takes place near Hanoi in the village of Lim. Thousands of tourists come here in the first month of the lunar calendar to listen to folk songs in the style of Kwang Ho. Their homeland is this village. Yu Lan festival is very ... Open »
Nagasaki
In Nagasaki, beautiful celebrations are held throughout the year. Despite the fact that now they attract lots of ordinary tourists, the traditions of many holidays remain unchanged. There are no tourist-oriented festivals and celebrations here - all holidays are based on historical traditions. Given that local religious rules are rather soft, adherents of any religion can ... Open »

Cityguide on traditions, mentality and lifestyle of people in Xiamen. Learn the best periods to visit Xiamen to discover its soul - authentic festivals, events and celebrations. We will also reveal the interesting habits, attitude towards the world and to tourists in Xiamen.