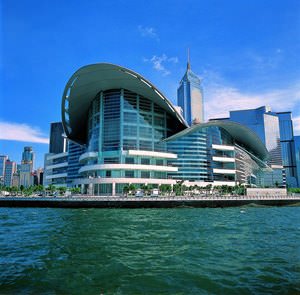 Local people are very sensitive to issues related to education. A person with a prestigious profession is respected by everyone. Teachers are all considered to be wise men. Local people tend to be very conservative. They are not big fans of innovations and keep honoring the customs of their ancestors. Even long-term influence of western culture could not break down the relationship of local people with their religion and culture. They have borrowed the best from the Europeans, at the same time retaining their spiritual values.
Cuisine of Hong Kong City for gourmet with top restaurants and cafe
In Hong Kong you will find the largest choice of culinary establishments, but, without a doubt, the restaurants devoted to the national cuisine occupy the leading position. The local cuisine …

Open
Public opinion is very important for the residents of the city. Even people from not rich families always organize posh celebrations, and wedding ceremonies here often look like royal events – getting admiration of others is very important for local people. Hong Kong people are very superstitious, because of the influence of old traditions and customs. They believe in destiny, numerological studies and think that evil spirits can be the cause of harm and unhappiness. You will certainly see religious attributes and charms in nearly each house. They are necessary to attract good luck. Many national amulets have spread to other countries. The "money" tree is, probably, the most striking example.
There are really many interesting festivals, fairs and celebrations during a year in Hong Kong. Thus, February is the time of start of Theatre Festival - a holiday full of vivid premieres, which take place here virtually every day. Fans of painting will like Arts Festival, which also takes place in February. On this holiday many young artists present their works to publics. As a rule, the holiday is completed by an auction, in which anyone can buy the pictures they have liked. Gourmets should not forget to visit a gastronomic festival that usually takes place in March. There are also more unusual celebrations in Hong Kong. Their names speak for themselves – the holiday of splashing water, festival of lanterns, and the enchanting Dragon Boat Festival are also very popular among tourists. Copyright www.orangesmile.com
Excursion over cultural sights of Hong Kong City - 'must visit' points of interest
A modern and crowded metropolis, Hong Kong never ceases to amaze its guests by largest choice of historical attractions and cultural institutions. A walk on Admiralty district will surely …

Open
In Hong Kong, bright and spectacular events are held all over the year. The first celebrations that every tourist must see coming to Hong Kong in spring are Tin Hau Festival, Bun Festival and Birthday of Buddha. And we will start from the "tastiest" one - Bun Festival, which lasts for a week at the end of April. This festival is very popular all over the country, and thousands of people arrive in Hong Kong to celebrate and participate. It is a well-known fact that Chinese people respect and commemorate their ancestors, so the Bun Festival also carries the religious roots - its participants try to calm down the souls of people killed by pirates and devastating weather cataclysms. During these days, people pray and the islanders eat only vegetarian food. But the main reason for the sake of which tourists come to the island - are "baked" competitions! During the festival, two tall bamboo towers are erected in front of the Pak Tai temple. These towers are covered with 9000 freshly baked rice buns, which the contestant must collect on his way to the top of the tower. That's the intense struggle! Also, during the Bun Festival, you will enjoy the parades of "giant children" on stilts and the performances of Cantonese opera. 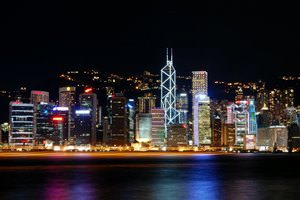 On May 11, all the Hong Kong celebrates the birthday of the sea goddess Tin Hau. The life and prosperity of Hong Kong population are inseparably linked with the power of water, and local residents treat the goddess with special respect. Moreover, they have built and dedicated seventy temples to her, where they can ask Tin Hau for well-being, a rich catch, and good weather in the coming year. But the main events in Saikun, where the colorful installation of Hong Kong boats takes place. On them, the local people take gifts to the goddess Tin Hau. The end of May is the day when all the Hong Kong residents celebrate the Buddha's Birthday. According to the legend, nine dragons brought water to bathe the newborn Buddha, hence the tradition of washing the Buddha statues. For the Hong Kong people, this ritual symbolizes the purification of the soul. Another traditional ritual associated with this holiday is the eating of special cookies. These green cookies were intentionally made bitter, and be honest - not very tasty. But in this ritual possesses a hidden meaning: eating this symbolizes how, passing through difficulties and adversity, a person can open up new forces and the ability to appreciate important things.
Your active city break in Hong Kong City. Attractions, recreation and entertainment - best places to spend your day and night here
In 2005 took place the grand opening of the Disneyland theme park in Hong Kong. It has quickly become a favorite place for family rest not only among visitors but also for locals. Huge …

Open
Together with Buddha's birthday coincides another birthday of deity - Tam Kun, who favors the sea conquerors and fisherman. The main place of celebration is the Shau Kei Wan temple. The celebration is complemented by a colorful parade and the performances of lion and dragon dances. The summer calendar of holidays opens the most spectacular festival of China - Dragon Boat Festival. On this day, the town people commemorate the Chinese scholar, poet, statesman, and Wiseman - Chiu Yuan. He lived in the III century BC and did his best to make China wealthy and prosperous. But the Emperor almost ignored all the suggestions from Chiu and the poet committed the suicide, drowning in the waters of the Mi Lo River, to attract Emperor's attention. This historical fact formed the basis for the tradition of the Dragon Boat Festival, which annually gathers teams of oarsmen from different countries of the world. 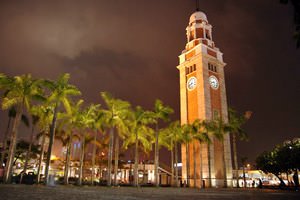 Another holiday which carries ritual traditions is held on October 20 - the Chin Ming Festival. Local people remember their ancestors, visit and clean up their graves, bring offerings and light incense. The tradition of venerating ancestors was established during the Han dynasty when the plague epidemic struck China. During those dark times, many oracles advised people turn to the ancestors for support and protection. Therefore, from this time on the graves of their ancestors the Chinese burn paper notes with wishes, as well as artificial money and mock-ups of those things they would like to purchase in the future.

Cathedrals and basilicas near Hong Kong City
♥   Cathedral of the Immaculate Conception, Mid-levels 中環半山區, 2 km from the center. On the map

Survived castles around Hong Kong City
♥   Castle 'Qiang Castle' , 37.2 km from the center. On the map

The creation of the so-called travel bubble is good news for hotels in Langkawi as the country’s tourism is suffering just like most destinations worldwide. Tourists arriving on the island do not need to spend precious days of their vacation at a hotel, waiting for the quarantine period to end. They are free to move everywhere but are required to stay at least three days in Langkawi. All tourists intending to visit the island should also take an RT-PCR (reverse transcription-polymerase chain reaction) test no longer than 72 hours before their arrival.

Traditions and festivals in cities around Hong Kong City

Xiamen
The Mid-Autumn Festival, or Moon Festival, is another very large-scale celebration in Xiamen. It is held on the 15th day of the 8th month of the Chinese lunar calendar. This roughly corresponds to the end of September - the beginning of October of the Gregorian calendar. It is customary to cook and eat mooncakes from butter dough with paste from bean or Lotus seeds at this ... Open »
Hanoi
National Day is celebrated here on September 2. Local residents celebrate it on a very large scale. Parades and festive processions are held on this day in the city. Musical groups perform on this day. Fireworks are also launched into the sky. Ho Chi Minh's portraits are everywhere. Ba Đình Square becomes the center of celebrations. Various traditional festivals are ... Open »
Hangzhou
The main theme of the holiday is the harvest. Fairs open all over the city. Modern and traditional dishes are sold on the streets. Symbols of the moon and images of an archer are seen everywhere. The legend is related to the archer. It gave rise to festivities. 10 suns at once rose above the earth once. They almost ruined all life with their heat. An archer named Hou shot ... Open »
Manila
Thus, the non plus ultra of insolence is considered to be chewing a gum. Gum chewing in the street is inexcusable as the case will definitely incur disfavor of companions and even strangers in the street. High words are also discouraged by local people. No matter how hot the dispute is one should necessarily keep to a gentle voice. Emotional outpouring as well as loud laughing ... Open »
Shanghai
All family members traditionally gather at the table for the New Year. Unlike other holidays, when many residents of Shanghai go to restaurants, this event is usually celebrated at home. A special type of cookie is an indispensable attribute of the feast. It called nian gao. In addition, a wide variety of dishes are put on the table. The holiday is celebrated very noisy, with ... Open »
Chengdu
Exhibitions of both beginners and famous Chinese painters are regularly held at the Chengdu Art Academy. Entrance to them is overwhelmingly free. So if you appreciate painting in general and Chinese painting in particular, you should allocate a couple of hours to get acquainted with the proposed exhibition. The Spring Festival of Flowering takes place in the city Botanical ... Open »

Cityguide on traditions, mentality and lifestyle of people in Hong Kong City. Learn the best periods to visit Hong Kong City to discover its soul - authentic festivals, events and celebrations. We will also reveal the interesting habits, attitude towards the world and to tourists in Hong Kong City.