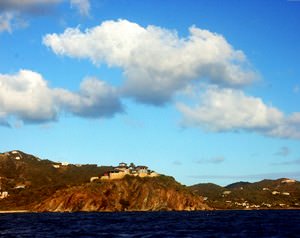 The British Virgin Islands consists of 36 separate islands and belong to British overseas territories. The largest island is Tortola with an area of 50 square kilometers. The islands were first discovered in the first century BC. At that time, the local population was Indians. However, in the 15th century AD they were conquered by the Caribs and the political situation in their territories changed dramatically. Christopher Columbus, the world-famous traveler, first discovered the islands in 1493. After that, Spain immediately declared power over these islands, but did not want to develop them. As a result of this, interest in such archipelago was exhibited by the authorities of Holland, France, Denmark and the British. Over time, the Indians on the territory of the Virgin Islands were almost gone. There were several attempts to take possession of the islands by pirates and the Dutch. Nevertheless, it was only the British who managed to gain full control of the main island of the archipelago in 1672. After 8 years, the United Kingdom conquered Road Town, Anegada, and other islands.
Best visiting periods - the climate of Virgin Islands British
British Virgin Islands are dominated by a tropical rainforest climate. Trade winds have a huge influence on the formation of climatic conditions on …
Read further
In 1834, slavery was abolished in England and this gave rise to the gradual autonomy of the Virgin Islands. The islands were granted basic self-government rights only in 1967. In accordance with the Constitution which was adopted exactly after 10 years, the Virgin Islands have the opportunity to independently form all bodies of local government and administration. The main government body is the Executive Council. It is headed by the governor who is elected personally by the British Foreign Minister. The Cabinet of Ministers consists of a head, as well as three profile ministers. It is also the workplace of the Attorney General. This exact political entity is the main executive branch of the British Virgin Islands. The head of the islands, like the whole of Britain, is the English monarch. The Governor on the territory of the Virgin Islands only embodies the desires of the monarch, in this case, Queen Elizabeth.
The Governor has the power to address various defense issues. It is also the governor who distributes the budget of the Virgin Islands and finances certain state structures. He also; participates in solving important issues of foreign and domestic policy of particular autonomous units, controls the structure of justice, and is the head of the executive and legislative councils of the islands. The main body of legislative power is the parliament, which has a unicameral structure. On the territory of the Virgin Islands it is called the Legislative Council. It includes only thirteen deputies. Candidates are elected by direct secret elections, which are held exclusively on the territory of the islands. Citizens of the country who have reached the age of 18 have the right to participate in the voting process. Each deputy has a term of office of four years. Copyright www.orangesmile.com
Overview of the optimal transportation means in Virgin Islands British
Despite the fact that the British Virgin Islands are a popular tourist country, the transport infrastructure on their territory is rather poorly …
Read further
Administratively, the territory of the Virgin Islands is divided into 9 electoral districts. From each of them one candidate is elected to parliament, and four additional candidates are selected from the large islands, so that a proportional system of power formation is preserved. The territory of the British Virgin Islands operates a multi-party political system. In recent times, the national-democratic party occupies the leading position. It was formed about 20 years ago and lately receives majority votes in local elections. In the legislative council, it is the ruling party. The next important political organization is the Virgin Islands Party, which has functioned since 1967. 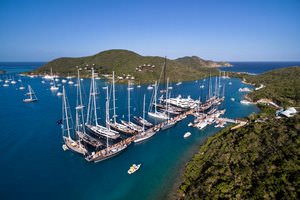 The Virgin Islands Party and the National Democratic Party are constantly competing with one another at the Virgin Islands. All citizens of the country who have reached the age of 18 are entitled to the right to vote. The main judicial authority is the East Caribbean Supreme Court, whose headquarter is located on the island of Santa Lucia. It includes a Chief Justice, a Court of Appeal made up of three judges, and a Supreme Court that consists of sixteen members. Please note that all members of the judiciary machinery are personally appointed by Queen Elizabeth (the ruling monarch of Great Britain). After a tough competition, each judge gets his position for life and can leave it only for health reasons or due to violation of the current legislation with subsequent proceedings. Judges retire at the age of 62 to 65 years and this procedure is mandatory in the state.

Tortola
Despite the fact that the vast majority of local residents belongs to the Christian denomination, many people still have faith in the jambis-spirits, which surprisingly does not come into conflict with Protestantism and Catholicism. Jambis cannot be considered exceptionally evil characters, even though they are. In the opinion of the islanders, the spirits are responsible for the failure and unhappiness. On Tortola from mouth to mouth are passed on legends about the feats of the spirits and … Read more