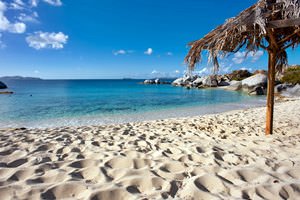 British Virgin Islands are dominated by a tropical rainforest climate. Trade winds have a huge influence on the formation of climatic conditions on the islands. There are two rainy seasons in a year. The average monthly temperature during the year is within 24°C in winter and 30°C in summer. Day/night temperature fluctuations are minimal. As a rule, it does not exceed 3°C. Precipitation on the territory of the British Virgin Islands is about 1,300 millimeters per year. Winter and summer here are considered to be extremely arid seasons. Spring and autumn on the other hand, are rainy. The greatest amount of precipitation falls precisely in autumn. At the same time, in September-October there are no more than 7 rainy days in a month.
State construction and political life of Virgin Islands British
The British Virgin Islands consists of 36 separate islands and belong to British overseas territories. The largest island is Tortola with an area of …
Read further
Almost every year, tropical hurricanes pass through the territory of the islands between mid-summer and mid-autumn. This fact must certainly be taken into account when planning a trip to the British Virgin Islands. Winter in the country is characterized by hot and dry weather. In early December, rains are still to be expected. However, there are no more than 3 wet days in the whole month. With the start of January, air temperature remains within 24-25°C. Sea cyclones do not fall on the territory of the islands, so the weather here is stable, sunny and hot. At night, the air temperature may drop to 22-23°C.
With the commencement of spring, the weather becomes unpredictable and a new season of rains begins. The air temperature is 23°C, but excessive humidity complicates the climatic conditions. Until the end of spring, the weather in the country remains unstable and a sunny day very abruptly can be replaced by a heavy storm. With the arrival of summer, the rainy season ends but July and August are characterized by high humidity. Exactly during this period, cyclones associated with the movement of warm and cold air masses pass through the territory of the island. The water temperature during this period reaches 29°C, while the air temperature can reach 38-39°C. As autumn commences, the second rainy season begins. The air temperature at this time decreases slightly and becomes more comfortable for relaxation. In some cases, hurricane winds dominate the territory of the Virgin Islands until the middle of autumn. Copyright www.orangesmile.com 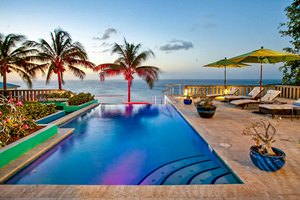 The British Virgin Islands thanks to its climate, attracts tourists at any time of the year. The most popular area of tourism is beach vacation. The best time to visit the resorts is at the beginning of December and until mid-April. Despite the fact that the winter here is considered a rainy season, the number of cloudy days per month does not exceed 5. The air temperature is about 26-28°C, giving you the opportunity to enjoy a full beach holiday in comfortable conditions. Quite often, tourists come to the islands to celebrate New Year and Christmas. During this period there are bright festivals and concerts. It is best to go on a honeymoon trip to one of the uninhabited islands of the Virgin Archipelago in winter or early spring.
Overview of the optimal transportation means in Virgin Islands British
Despite the fact that the British Virgin Islands are a popular tourist country, the transport infrastructure on their territory is rather poorly …
Read further
The next most popular area of tourism in the British Virgin Islands is diving. The best time for diving is from the end of June until the beginning of October. During this period, the water temperature averages 26 degrees, and visibility in good weather reaches 30 meters. Fans of underwater recreation can also indulge themselves with a diving safari. British Virgin Islands is often called the capital of yachting. Regattas are held here regularly, most often in the summer period. In autumn and spring, fans of surfing and windsurfing come to the islands. During this period, various competitions on extreme sports are held. All competitions are brought to an end with grandiose beach parties, right on the coast. 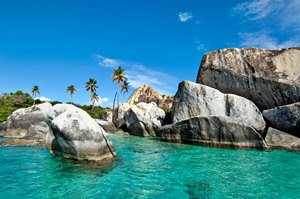 There are a lot of historical and natural sights on the territory of the Virgin Islands. The town of Christianstad alone is quite worthy of your attention. It has been the real capital Denmark. It is best to go on a trip to the most interesting places of the islands in winter or spring. If you want to economize on excursion tour, it is worth visiting the islands in summer. However, the country is very hot during this period, and the air temperature often reaches 40 degrees Celsius. In order to become more familiar with the traditions and colors of the local population, it is best to attend local festivals. A special splendor is the April Carnival, which takes place on the island of St. Thomas. On the island of St. John, a carnival is held in February, and on the island of Santa Cruz, you can enjoy the festival of the carp, which is held in the middle of summer.

1. You can zoom in to Virgin Islands British using the '+' button, or check temperatures around the globe by the '-' button.
2. Besides this, you can grab the map by your mouse button and move it to see the temperature in other regions.

This article about climat and travel seasons in Virgin Islands British is protected by the copyright law. You can re-use the content, but only under the condition of placement of an active link to www.orangesmile.com.
Virgin Islands British guide chapters 1 2 3 4 5 6
Car rental on OrangeSmile.com